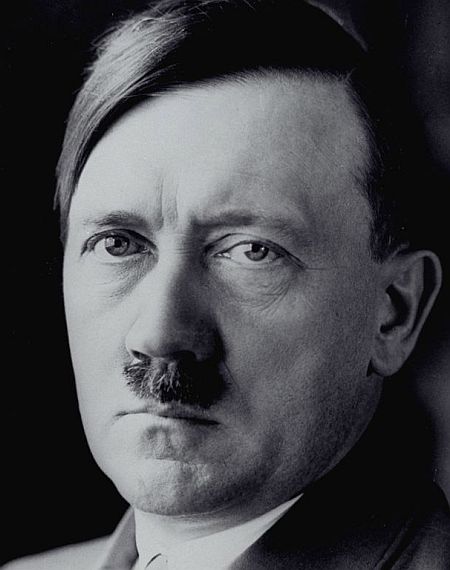 In this week’s delve into the weirder recesses of Wikipedia, the Wikiworm brings you a reminder of a once popular school boy song. Personally I used the third variation involving the Albert Hall…

“Hitler Has Only Got One Ball” is a British song that mocks Nazi leaders by referring to their lack of testicles. Multiple variants of the lyrics exist, generally sung as four-line verses to the tune of the “Colonel Bogey March”. The numerous versions, often obscene, reflect the enthusiasm with which it was first adopted as a British Army marching-song, then as a popular song of defiance against Adolf Hitler’s Nazi-German regime in the other branches of the British armed forces, and amongst British civilians, from 1940 onwards.

In his autobiography Fringe Benefits, writer Donough O’Brien says that the original was written as propaganda in August 1939 by his father, Toby O’Brien, a publicist for the British Council at the time. This version started with the words “Göring has only got one ball”, and went on to imply that Hitler had two small ones. In virtually all later versions, the positions are reversed. The statement that Himmler was “sim’lar” appears in all versions. The final line of this original and some later forms ends with the word play that Goebbels had “no balls”. Both these variations argue strongly in favour of O’Brien’s version being a very early version, and a Daily Mail report of the time states that it was “attributed to someone not unconnected with our old friend the British Council”.

O’Brien’s claims have not been substantiated, and no author has ever been identified for the more popular versions that begin “Hitler has only got one ball”. There is no known attempt by anyone to claim or enforce a copyright on the lyrics.

It has been suggested that the pre-Glasnost Soviet descriptions of what remained of Hitler’s corpse reported his monorchism (having only one functional testicle) at the suggestion of Guy Burgess and/or Kim Philby, as part of their making a joke, based on this song, that they could expect the British population and secret services, if not those of the USA or USSR, would get.

Whatever the reason for Hitler’s alleged monorchism becoming a popular myth, there was psychodynamic literature, produced outside the USSR after WWII, which sought to explain his personality and behaviour, as a charismatic, genocidal megalomaniac, which drew on his alleged congenital “semi-castration” and/or the child-rearing practices of his family.

Popular alterations to the lines in this version, most of them apparently for the purpose of better fitting the “Colonel Bogey” rhythm, are similar to those discussed below and include:

Hitler has only got one ball,
Göring has two but very small,
Himmler is somewhat sim’lar,
But poor Goebbels has no balls at all.

Hitler: he had but one left ball,
Mussolini: he had none at all,
Stalin: he was three-ballin’,
And that’s the dictator’s rise and fall!

Hitler has only got one ball,
The other is on the kitchen wall, [or] (the other is in the Albert Hall), or (in Northern England: The Leeds Town Hall)
His mother, the dirty bugger,
Chopped it off when he was small.

In 2002, controversial artist Takashi Murakami made a commissioned sculpture of Hitler’s testicle for an unnamed bidder for an alleged $14.7 million. The testicle was rumored to have a diameter of 10 feet and was made of cast iron. Art critic Brian Sewell called the work “feeble”.

8 thoughts on “Hitler has only got one ball…”