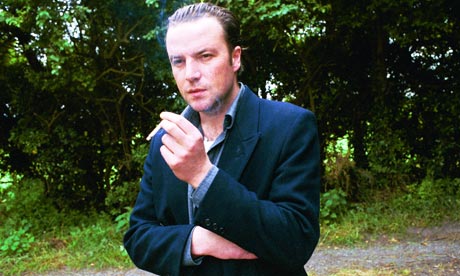 Jonathan Rendall was a gambler and boozer who died last month in grim circumstances. He was also one of the finest writers of his generation, says Jon Hotten…

Jonathan Rendall has died at the age of 48, and as befits much of his life as a writer, the news of his passing was uncertain, hazy: an agent trying to place an obituary, some word on twitter, confirmation in The Times a few days later. There’s a supposed romance to going mysteriously like that, but the reality was far more awful. His body lay undiscovered in his flat in Ipswich for a week (or at least about a week, no-one can be certain there, either). Jonathan wrote three books and some of the best newspaper articles and columns you’ll see. The online tributes describe him as ‘a gonzo writer’. This not only woefully undersells him, it’s a borderline insult. He wrote about gambling, drinking, boxing and all that stuff, sure, but his primary subject was himself and his inner life, and he shone a melancholy, illuminative light of truth on that.

I read him first on a plane journey to Australia. It was an early copy of This Bloody Mary Is The Last Thing I Own, which Tom Stoppard called ‘a wonderful, artful book’ and that won a Somerset Maugham prize. Faber had buggered up the print run and it started in the middle of a chapter, but I didn’t care, in fact I barely noticed, although as soon as I got back I bought another copy and got to read its tremendous first line, ‘It was a few hours after Frank Bruno attacked me in Betty Boop’s bar at the MGM Grand that I decided to get out of boxing’.

Unfortunately Jonathan was a boxing writer, so getting out of boxing probably wasn’t the best move career-wise, yet his next book was even better, Twelve Grand [which Jon reviewed on The Dabbler here], a novel about a writer given the titular sum as an advance on the condition that he gambles it and writes about the results.

I had a book commissioned by the same editor, Rachel Cugnoni at Random House (Rachel has a small but important role in the text of Twelve Grand). We met up for lunch, ostensibly to discuss what I was doing, but spent most of the time talking about Jonathan and the writing of Twelve Grand, which would have made a book in itself (‘Yeah,’ Rachel said at one point, ‘he doesn’t mention the wife and three kids in it, does he…’). That’s true, but he does in his next, Garden Hopping, a memoir about his adoption and search for his birth mother that contains a stunning and unforgettable oedipal scene between the two (‘Now you know where you get it from,’ his mother remarks after they’d got drunk and fallen on a bed together).

His writing throughout is luminously brilliant. In This Bloody Mary he briefly mentions a piece on a corrupt American boxing promoter named Rick Parker, the last thing he’d done for a newspaper about boxing before getting out. By coincidence, I’d discovered Parker’s story elsewhere (he was later murdered by one of his fighters, Tim Anderson) and was working on a book about why one killed the other [the superb The Years of the Locust – buy it now! – Ed], so I arranged to ring Jonathan to see what he remembered. I got hold of him one morning. He was well-spoken and marvellously vague, and he urged me to contact a Native American princess he knew in Phoenix, who as far as I could make out had nothing at all to do with Rick Parker, but had an amazing story to tell.

Twelve Grand remains one of my favourite books. I think that it will one day be thought of as a classic, or at least that’s what I hope. In his piece about Jonathan, Kevin Mitchell described his ‘ebbing love affair’ with writing. Jonathan made no secret of how much the writing of Twelve Grand had cost him physically and psychologically (according to one of his newspaper pieces, he was hospitalised afterwards) and none of his books sold in any number. His shimmering, elusive column about drinking for Observer Food Monthly, Last Chance Saloon, was discontinued. He was by all accounts difficult to work with, sometimes unreliable as regards deadlines (well, let’s face it, who isn’t…) and he spent his last years in penury. It’s easy to see why he felt a little let down. When I spoke to him, he was researching a biography of Mike Tyson, and had just been to Catskill to spend time with Kevin Rooney, Tyson’s former trainer. Jonathan knew he was onto something and he wanted to call the book Scream, but for one reason or another it never came out.

To me, Jonathan’s life and career says something about what success as a writer is. Anyone would like to sell millions of books and be applauded down the street whenever they step outside the front door. But ultimately, writing is about making a personal connection with the reader. Whether that connection is made millions of times or just a few hundred does not affect its validity or its strength. Jonathan’s writing has connected deeply with many hundreds of people, perhaps more, and it is still here, even if he is not.

The Observer’s thoughtless standfirst to its piece on him described his ‘wasted potential’. This is nonsense of course. How much is anyone supposed to write? Jonathan’s work came from the state of flux that the Observer is clumsily trying to capture. It wouldn’t exist without it. Its amount is irrelevant. If I produced a book half as good as Twelve Grand, I’d very happily never write another word.

NB: There is plenty of Jonathan’s journalism online. Here are a couple of my favourites, The Man Who Looked Like Richard Gere from Last Chance Saloon, and a piece about trying to write a book on Jimmy White for the Independent.