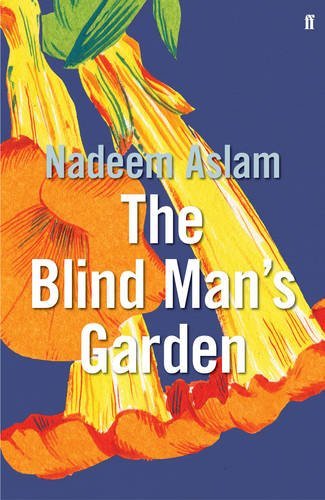 This month all members of the Dabbler Book Club are in with a chance of winning a copy of The Blind Man’s Garden by Nadeem Aslam, who was described by The Times as ‘a master of words and arresting images’. The Blind Man’s Garden was chosen recently by the Guardian as one of the highlights of the year ahead in fiction.

‘Love is not consolation, it is light.’ This is a lyrical, exquisitely written novel set in Pakistan and Afghanistan in the months following 9/11 – a story of war, of one family’s losses and of the simplest, most enduring human impulses.

Foster-brothers Jeo and Mikal leave their Pakistani home town and secretly enter Afghanistan to care for wounded civilians. But it soon becomes apparent that their good intentions can’t keep them out of harm’s way. Nadeem Aslam takes us on an extraordinary journey, from the terrifying and turbulent wilds of Afghanistan to the heart of the family left behind: their blind father, haunted by the mistakes he may have made in the name of Islam and nationhood; Jeo’s wife, whose increasing resolve helps keep the household running; and her superstitious mother.

The Blind Man’s Garden unflinchingly describes a timeless yet topical world of which we are only dimly aware, powerfully evoking a place where the line between friend and enemy can be lost and where the desire for home can burn brightest of all.

After that, you don’t have to do anything. All members will be automatically entered into the ballot for one of 10 free review copies, which will take place on Tuesday 29th January. We’ll email the winners, at which point you can opt out if you really don’t want that month’s choice and would rather another member got the chance.

We’ll be reviewing The Blind Man’s Garden in the next month or two, and you can contribute your thoughts (though you’re not obliged to.)

Thank you to our friends at Faber & Faber for kindly providing the copies.