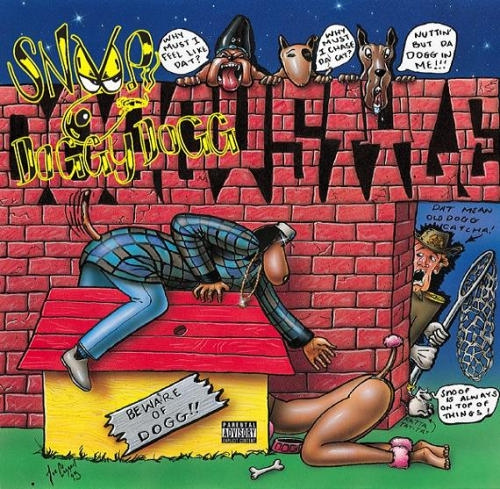 Slang, as ever, is less forgiving. The dog (see also mutt, cur and similarly unflattering synonyms) stands among the counter-language’s most well-used animals. But it’s like some linguistic version of vivisection: nary a pat, nary a stroke or kind word. These are not our best friends. Far from it. They poop, but we do not scoop. Bad dog!

Even by the standard of slang’s crowded pet shop (see cats and rats for instance), there are an awful lot of bad dogs on offer. If we include the phrases, compounds, derivatives and the rest of the linguistic mongrels that take their ancestry from the basic three letters, the canine offers some 161 definitions. (And that’s not to mention those ‘dogs’ that are actually ‘gods’, as in such exclamations as dogdamn it! and dog blind me!, though who’s to say quite what’s happening with dog bite my ear! and as for dog my onions!. . .) It is impressive – not many words can mean (among so much else) a penis, an informer, miserliness and a cross-country bus – but it remains a grim picture.

Top, or should one say bottom of the bill is the earliest adoption: since the 16th century a dog has been an untrustworthy, treacherous, completely venal man and can be extended to women as well. William Dunbar, the early 16th century Scots poet, whose works give us the earliest recorded examples of some of the best-known obscenities, also offers in 1508 a less than appealing dog, who manages to incorporate a number of contemporary terrors, including sodomy and Islam: ‘Machomete, manesuorne, bugrist abhominabile, Devill, dampnit [damned] dog, sodymyte insatiable.’ Shakespeare, in Richard II, gives a clue as to just why the hapless canine has fallen so far from grace: ‘take heed of yonder dog: Look, when he fawns, he bites.’ Some say loyalty, the Bard, and slang, go for sucking up (and possibly back stabbing, or rather ‘biting’).

The cat is generally recognized as the ‘sexy’ beast, but the dog gets its share. In one of slang’s cheerful paradoxes, the dog can mean both penis (which can of course be ‘stroked’) and vagina (also found around 1610 as a dog with a hole in its head.) Thus clapping the dog, stimulating a woman’s genitals with one’s fingers; to beat the dog means masturbate. A dog can refer to a promiscuous man or woman and thence to a prostitute, especially the older and less appetizing of her sorority. Dog, bereft of any article, means sexual desire, thus doggish is lecherous or sexually obsessed. Though the randy human dog should beware: the dog is also an unattractive woman.

Nor does the dog need to be a person. It can refer to something useless, worthless or broken down; a second-rate product or one that is hard to sell; a mediocre performance. It can signify unpleasantness, a bad characteristics, meanness, a disappointment, a failure and weakness or cowardice, typically in a boxer. (Used adjectivally, however, dog means cruelty or ruthlessness). And just to keep the negatives going, it can also mean ostentation or showiness, usually in the phrases put on dog, carry dog, do the dog, dog (up), pile or throw on dog. All mean to put on airs or to act energetically, although put on dog has a secondary meaning: to have sex.

Villains have always been ‘dog-lovers’ (and not merely of pit bulls). In all cases the slang stems from negative images: violence, disloyalty. The vicious dogs can represent any policeman – uniformed or plainclothes, but especially the more brutal of his species, a description that extends to prison officers. While we’re behind bars dog can also describe, in a woman’s prison, a girl who pursues (albeit only during her sentence) her fellow ‘bitches’, and in a male establishment, an older or tougher prisoner who exploits younger, weaker men as homosexual partners (such couples were also known as a jock and boxer but the reference is to underwear rather than species). As regards canine loyalty? Please. A dog, impressively one might suggest, can double as a pigeon (that variety that sits on the police station stool and ‘sings’). It is this type of dog that goes or turns dog, defined variously as to become an informer, to inform on (one who is thus branded is on the dog); to become unkind (and treat someone cruelly); to let down, to ‘bite the hand that feeds you’, to be a coward and to betray and/or to take a bribe.

Dog offers a number combinations, none of them complimentary. The dog-booby (lit. a ‘male fool’) is a country bumpkin; dog breath is bad breath or one who has it; a dog-heart (for all that dogs are supposedly so brave) is a coward and a dog-driver, mocking him as one whose primary role is dog-catching, is another policeman. Dog-ass or dog-assed serves an all-purpose put-down. The dog days, in standard use referring to a period in which malignant influences prevail and a superstitious reference to the rising of the Dog Star, occur in slang as a synonym for menstruation.  Perhaps the best known, if only historically now, is dogface. This US term started life in the late 19C to describe an unpleasant person, with its adjectival form dogfaced, stupid-looking and/or ugly. From there, in World War II it came to mean an infantryman, and was used as a calculated insult by disdainful members of the US Marine Corps. A further possible link is  the old Cheyenne War Society, founded during the Plains Wars, who called themselves Dog Soldiers.

So once it leaves the positive world of myths and legends, not to mention standard English, the dog’s negative role is quite unavoidable. Is there anything that can be rescued from the wreckage? Well, dog can, or rather could, be relatively neutral, just meaning a person, good or bad; it has meant a college freshman in the US; it has also meant a clever, cheery, hearty individual; especially in the affectionate phrase ‘you old dog’ or in the older concept a ‘jolly dog’. For Afro-Americans a dog has meant something or someone unusual or surprising, and more recently hip-hop has added more positive meanings: dog (also dawg and dogg) means a close friend and is often used as a term of address, usually man-to-man (‘Yo, dogg!‘). To be the dog (just like the man) is to be an admirable person. Raw dog, mercifully, is nothing to do with cooking: it’s sex without a condom.