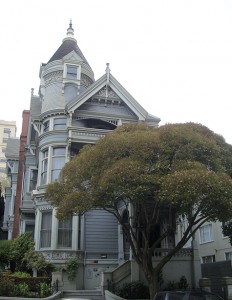 If it weren’t for a proper, old fashioned newspaper, I would not have discovered an article in the San Francisco Chronicle, and would never have visited the extraordinary property that has recently been named one of 31 national treasures by the USA’s National Trust for Historic Preservation.  Located at 2007 Franklin Street,  Haas Lilienthal is San Francisco’s only ‘Queen Anne style’ house museum – yet thrice-weekly tours attract a mere four to five thousand visitors each year.  Although the house has been open to the public for nearly 40 years, most San Franciscans have never seen inside this gem of Victorian American architecture, which can also be hired for private events.

Built in 1886 by William Haas, the Haas-Lilienthal House was lived in by three generations of the same family until 1972, when it was given to San Francisco Architectural Heritage. William Haas was a Jewish immigrant from Bavaria who arrived in San Francisco in 1868. After working for several years in his cousin’s wholesale grocery business, Haas took over the firm, which became known as Haas-Brothers.

The fire following the Great Earthquake of 1906 stopped just short of the house thanks to the Van Ness Avenue firebreak. The house also withstood the force of the earthquake, sustaining only slight damage. The Haas family watched the fire, which destroyed about 40% of San Francisco, from the roof of their house. But, along with other surviving residents, they were forced to evacuate, and went to Lafayette Park to camp out during the emergency. Later, they temporarily moved to a large house in Oakland while the City was reconstructed.

The design and décor of the Haas-Lilienthal House typifies the merchant class lifestyle of 19th century San Francisco. The house was designed by architect Peter Schmidt and is constructed primarily of redwood. With its gables and rounded bay windows, the property is a perfect example of 1880s American Queen Anne style. Its slightly off-centre third floor attic balcony and the arbitrary placement of various bays and windows are typical of the asymmetry associated with houses of this time. The 67 foot tower is topped with a gothic style ‘witches hat’.

Inside, the house is a whopping 11,500 square feet, with 24 rooms. Some of these are used as offices by the current owners of the building, but rooms open to the public include a ballroom, dining room, bedrooms, a playroom, parlour and a kitchen that hasn’t been modernized since the mid 1920s.

The photographs below give a flavour of the house and its décor. But if you’re in the city, the fascinating tours led by quirky volunteer architecture enthusiasts are a must. You can read more about the history of the house and the Haas family on the San Francisco Architectural Heritage website. 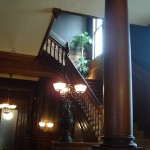 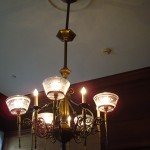 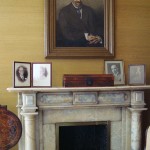 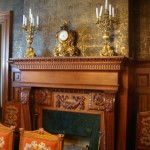 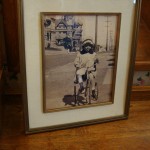 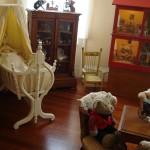 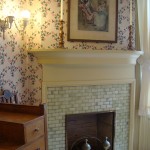 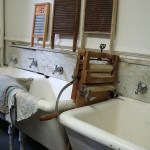 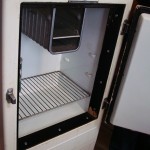 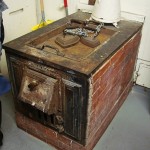 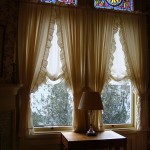 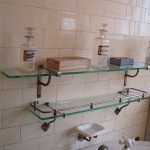 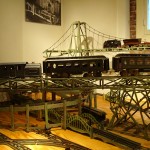 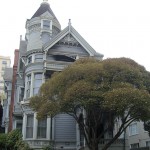 One thought on “In the Haas: RetroProgressive at the Haas-Lilienthal House”