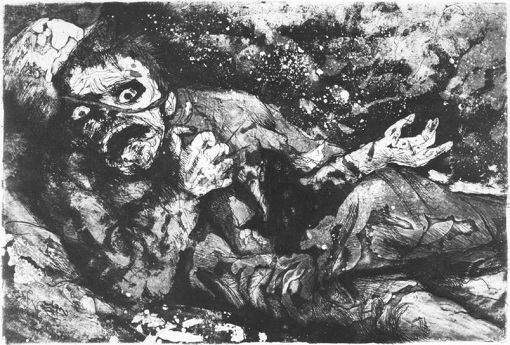 The world has been robbed of too much great music, says Mahlerman…

Back around Christmas of 2010, I posted on a quartet of composers (Gershwin, Bizet, Schubert and Mendelssohn) who had achieved greatness, immortality some would say, but left us with the burning sense that, had they lived for just a few more years, the cup would have runneth over with glories.  The shortlist contained many other what-if masters (Tchaikovsky, Schumann, Purcell, Ravel, Berg, Chausson, Granados) who were by no means written-out when the fickle hand of fate reached out, and an even longer list of now mostly forgotten souls followed them.  The great war took a huge number – Cecil Coles, Jehan Alain, Alberic Magnard, Ernest Farrar and George Butterworth were all shot.  Others died young and exotically: Guillaume Lekeu contracted typhoid from a sorbet;  Frantisek Kotswara from erotic asphyxiation (sorry, I know it’s Sunday), following a session with a prostitute in Vine Street, London. He paid her two bob to cut off his testicles, she refused. The next best thing for Frantisek was a ligature, with one end around his neck, the other around the doorknob, as a prelude (I am trying to keep this musical) to ‘the act of love’.  By the time he was done, he was done-for. Vine Street, across from Bentleys in Swallow Street, will never be the same again for me.

Mieczyslaw Karlowicz?  No, I hadn’t either – but the loss has been ours.   At just 32 this talented Pole was buried alive in an avalanche in the Tatra mountains, leaving a slim but luxuriant body of music behind him.  There is a whiff of Zemlinsky here, or perhaps Rachmaninov – but his sultry, pantheistic voice is very much his own.  The Eternal Songs opus 10 are in fact a three movement tone-poem, and for those with a weakness for the ecstatic manner of the late-romantic world, there is plenty to enjoy.  Here is the middle movement, Song of Love and Death.

So pervasive was the influence of Richard Wagner’s music at the end of the 19th Century that most musicians and composers fell under its influence to the point where the phrase ‘post-Wagnerian’ became part of the language.  The deeply serious Frenchman Alberic Magnard was no exception.  Not for him the lazy drift of the new French Impressionism; his preferred canvases were severe formalistic compositions that reflected his own very personal, misanthropic worldview.  A comfortable, bourgeois life was made possible by an affluent father who rose in the publishing orbit to become editor of Le Figaro, but young and prickly Alberic reacted against this world, first by taking up a monastic life in England and later joining the military.  His life ended abruptly in the early days of the Great War.  Spotting a platoon of German soldiers outside his house he, without a second thought, killed two of them with a rifle from an upstairs window.  His reward came soon enough, and the house was burned to the ground with the composer inside.  This action, totally in keeping with his abrasive character made him, posthumously, a national hero in France and beyond, but did little to promote his music, which is heard almost never.  Listen to the closing pages of the marvellous Chant Funebre and you may wonder why the neglect?

In the summer of 1918, close to the end of hostilities, a sniper shot and killed the blossoming Scottish composer Cecil Coles as he attempted to rescue some wounded comrades near the Somme; he was 29. Listening to this striking piece Cortege, from the unfinished suite Behind the Lines that he actually composed in the field, and remembering that when the manuscript was recovered it was spattered with blood and mud, the sense of futility and loss reaches an extreme pitch almost a century later. The influence of Brahms and Elgar is clear to hear. What might he have produced if, instead of being a brave, bloody fool, he kept his head down in his foxhole?

In 1924 the highly respected composer Gerald Finzi wrote his Requiem da camera in memory of one of his teachers Ernest Farrar, who had died at the Battle of Epehy Ronssoy in 1918. Benjamin Britten’s teacher Frank Bridge also dedicated his piano sonata to this prolific talent, just 33 when he was shot. Although he produced a large body of work in his short life there is not quite enough of it to establish, without challenge, whether he would have become a great artist. The moving lament here is Heroic Elegy with a dedication ‘For Soldiers’, leaving us in no doubt about where his heart lay before it stopped beating.

Postscript
As I was posting this piece, the death was announced of the great British composer Jonathan Harvey who, for several years, had suffered with motor neurone disease. He was 73, and had a reasonable claim to be the greatest living British composer, until his voice was stilled.  Here, perhaps his breakthrough composition Mortuos Plango “Vivos Voco”.  Give it 9.04 minutes of your time.