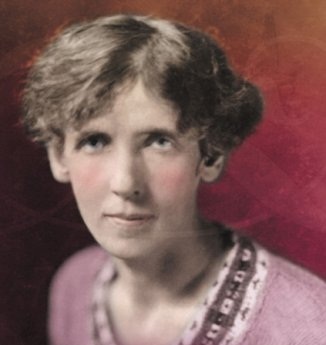 Does anyone read Rose Macaulay these days? She seems to be one of those writers who figure large in their own time – their books sell well, they know everybody, are in everybody’s memoirs and letters – and then, after death, fade out of view. Of her novels, The Towers of Trebizond seems the only one that’s still remembered, if only for its famous first sentence: ‘”Take my camel, dear,” said my aunt Dot, as she climbed down from this animal on her return from High Mass.’

What a rum do it is,  The Towers of Trebizond (available for a penny here). Entertaining, colourful, involving, often laugh-aloud funny, packed with ideas and hugely readable – but undeniably rum, and very much of its time (1956 to be precise).

I mean – a novel about a pair of highly educated, upper-class English eccentrics of very High Church views travelling around Turkey with the aim (among others) of converting Turkish womankind to High Anglicanism, which would liberate them to wear hats and sit around in cafes playing tric-trac all day, just like the men… It is hard to imagine such a novel being published in today’s, er, climate. In fact, when it was written the climate was chilled not by anything to do with Islam but by the Cold War, which feeds into the story in often surprising ways.

It is indeed a novel full of surprises – one that starts off appearing to be a jolly, lightly satirical comedy set in a Turkey where every other English visitor is either spying or writing a book. It then starts developing all manner of offshoots, as the narrator, Laurie, niece of the camel-owning Aunt Dot (who, along with her fellow would-be missionary, Father Chantry-Pigg, is a great comic character), carries us along with her into realms of thought, speculation and fantasy on themes related to the ancient world – in particular the Byzantine Empire, of which Trebizond was the last stronghold – Christianity, love, sin, grace, East and West, espionage, Church history, camels, apes, adultery…

Her artless, almost girlish narrative voice, trotting breathlessly from phrase to phrase in long sentences strung together by ‘and’s, propels everything along most enjoyably, and makes a piquant contrast to her subject matter when that turns serious – as it increasingly does after a dramatic turn in the narrative at around the halfway point. Now Laurie herself takes centre stage, and what began as a comedy turns into something quite different, as we find out more about her blissful but guilty relationship with a married man, and follow her attempts to achieve some kind of grace, or at least make herself eligible for it. The focus is more and more on her ‘brand of flimsy and broken-backed but incurable religion’ – to the extent that, towards the end of the book, she devotes almost a whole chapter to theological questions, particularly Predestination and Election and the problematic 39 Articles of the Church of England.

And then, having given the impression that her story is going to peter out amiably and inconclusively, she delivers a devastating shock in the very last chapter that changes everything utterly, and delivers an ending that could hardly be more different from that famous opening: ‘Take my camel, dear…’.

I think I can honestly say I have never read another novel quite like The Towers of Trebizond. It is a true original.