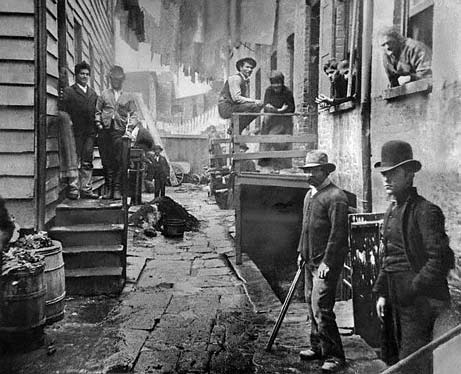 The poor, as we know, are always with us – and consequently slang is rich indeed when it comes to poverty…

Slang, as we should expect, is democratic. It fears not neither does it favour. An equal opportunity employer with the unalloyed fervour of a local council job ad it extends its embrace without prejudice to race, colour, creed, those of differing physical and mental abilities and appearance. ‘PC gone mad’ I hear you saying. Well, up to a point Lord Copper. Yet since slang, as I seem never to tire of repeating, is human, like every human, it has its prejudices. Those it nurtures at the expense of others. Thus it is that we find that, counting the terms on offer, slang places the poor above the rich. It is salutary, in times like these, this world of one and ninety-nine per cent, to acknowledge this. So let us consider them.

This not to say that slang accepts any special pleading on poverty’s behalf. Its attitude is that of the Victorian workhouse, where calculated cruelty was geared to render such hellholes ‘ineligible’: that is, somewhere one would never elect to enter. Like Dickens it embraces the phrase hard times, though it defines it as a cheap, poor quality fabric, which resembles heavy wool but is not much better than cotton shoddy and used for the cheapest of clothes; thus a hard times party, someone who wears worn-out or seedy clothes. Search on ‘poor’ or ‘impoverished’ and one finds a list of misery and failure. Slang borrows from standard English, as is often the way, but for once rarely bothers to tweak the meaning. The images are unrelenting and for the most part self-evident.

Perhaps the echt image is broke, the idea that creditors physically ‘break’ a debtor’s life.  It gives broke-ass, flat broke, stony broke and,  ironically, the broken brigade: aristocratic younger sons, impoverished through the inequalities of primogeniture, who are forced to live on their wits. Rhyming slang adds coal and coke and heart of oak. There is, of course, poor itself, usually in compounds: poor-ass and ass-poor, snot-poor, poor as piss, as skimmed piss or as wee-wee. Or as mud.

The leitmotifs are injury, deprivation, the inability in every sense to ‘work properly’: on one’s back or on the floor, beached, beat and beaten-out, bent, on the blink or the fritz, bunged, bushed and thus the punning in or at Bushey Park. Bust (and busted out), cleared out, cracked up, crampy, crashed, deadbeat, dingy, in the ditch, draggle-tailed, frisked, gritty, gutted, on the hocks (which links to hock, pawn but also the horse’s joint), knocked up, mumpy, n.b. (i.e. not a bean), short and with that suffering from a case of the shorts and in short pants. Pockets to let, potless which refers to that pot one does not have to piss in, pov (from poverty-stricken), rooked, scratch-ass, seedy, shice, shirt-tail (which barely covers your arse), skint  and the rhyme polo mint. Smashed-up, stig (that is, of the Dump), stuck, stumped (like the truncated end of a tree one’s funds have been similarly ‘cut down’), out of soap, up the spout (another pawn image) or the gargoyle, uptight and weak. Unblunted and unoofy note two words – blunt and oof, that mean money, as does stiver-cramped from the Dutch stiver, a low-valued coin, the smallest monetary unit in use at the Cape under the Dutch East India Co. One feels like thirty cents (the antithesis of ‘a million dollars.’) Things are tight. Cucumberish came from cucumber time, the high-suummer months when the toffs left town and their tailors were reduced to a diet of cucumbers. Food reappears in poor as garbroth, a broth made from the garfish, eaten only by the most impoverished and not properly fit for human consumption.

On the bones of one’s arse or backside suggest starvation’s obvious effects; so do on one’s ribs and thus ribby, and close to one’s belly and on one’s abe which hints at cant’s Abraham man, a fake ‘beggar’ who wandered nearly naked in the hope of conning sympathy. Strapped seems to note the tightened belt, but there the dialect strap, to drain dry, usually of a cow’s udder. Close to the blanket or to the cushion are from gambling, when a poker game would be played on a spread blanket; thus the loser’s pile of money which gets smaller and smaller and ‘close to the blanket’. Hard-up can mean the state or the person, and a cigarette end they pick up from the street, which ends were broken up, mixed together and re-rolled and sold – as ‘hard-ups’. 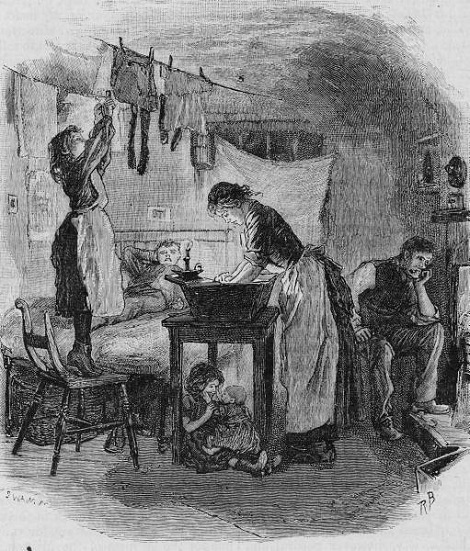 Slang mocks such places that poor congregate. The locus classicus being skid row, which adapted logging’s skid road, a prepared track with greased skids over which logs were hauled towards the river that would float them down to the sawmill. By the late 19th century it was referring to describe to red-light areas, which grew up around the terminuses of skid roads and gave loggers a home when they were off duty. By the 1930s ‘road’ became ‘row’, plus the implication that it was a man, rather than a log, who was ‘skidding downhill’ and ‘the Skid’ now denoted the centre, in any town or city, for down-and-outs, alcoholics, tramps and other poor or homeless individuals.

There have been others, mainly American. Cigar box row (from the flimsy, foursquare buildings), codfish flats (perhaps a nod to poor Catholics), gabby row (from gab, the poor being loquacious and noisy), hunger street, mechanics’ (as in manual worker) avenue, ragcat alley, the mirror imagery of peckerwood town and nigger row, and a variety of hollows: dead man’s hollow, frog hollow, piggy hollow, punkin hollow, skunk hollow, sleepy hollow, smoky hollow, snuff hollow. Palestine in London housed the Irish rather than the Jews (their ‘local’ nicknames suggested other things than poverty) and played on ‘the Holy Land’, a synonym – because of its Catholic population – for the St Giles slum. In America the Irish poor, forced into the worst areas,  were gashouse micks (their successful cousins the lace-curtain Irish), pigpen Irish, and railroad Irish.

Though it’s not just Irish. Cabbagetown was Germans (and rutabaga a peasant), Beantown Hispanics; hog island and the trenches welcome anyone. Finally billy-goat hill or alley, goat’s gulch or town: a paired image of diehard goat-keeping and human ‘goatishness’. We live in better times: one such goat’s gulch in Kansas was gentrified and re-nicknamed Angora Heights.