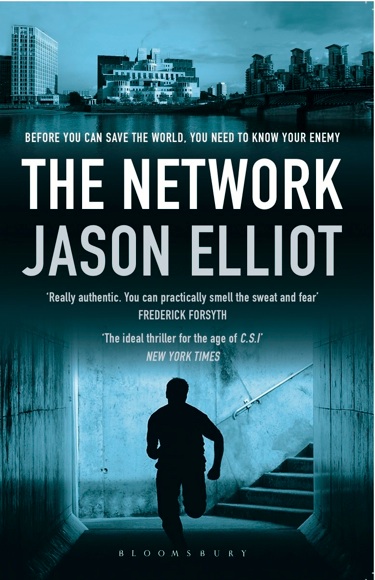 Judging from British charity shops, SAS memoirs are being continuously bought, possibly read, and then discarded. They are popular but not, it seems, held on to for re-reading. Since the 1980 Princes Gate siege, the SAS have become a part of urban mythology, as supermen who can kill 250 Iraqis with a broken compass and a lump of camel dung; there have been a slew of SAS-themed TV programmes, with retired members talking about their missions and even kind-of training keen civilian volunteers in the dark arts; worse, some SAS have started to call themselves “Blades”. Most SAS memoirs are not very interesting, with the exceptions of Duncan Falconer’s First Into Action (strictly speaking, SBS) and Frank Collins’ Baptism of Fire. That is, they have plenty of interesting scenes and facts but are low on characterisation or any sense of how the facts feel (Nick Hornby: “You can tell someone the facts in ten seconds, if you want to, but the facts are nothing”). So, not the kind of books you keep and pass on to your grandchildren.

The Network is a kind-of SAS-espionage thriller and will, I guess, appeal to the people who buy and discard SAS memoirs. Jason Elliot, I learn, is a travel writer who went to Afghanistan in the 1979 aged 19 and fought alongside the Mujahedin. This presumably entailed using weaponry and trying to kill Soviet soldiers, and trying to avoid being killed, and learning the language, customs, and terrain; such a background would have made him interesting to American and British military intelligence.

The facts, then. A chap who voluntarily dropped out of military intelligence is re-recruited for a mission to Afghanistan. He’s trained by an ex-SAS man called ‘H’. He travels about, has the obligatory affair with a sultry temptress. He gets in scrapes. He runs about. He gets in cars. People point guns at him. People shoot at him. He punches people. He kicks people. He ends up in a hill fort trying to blow up some Stinger missiles. And so on. There are all the usual cliches but it’s hard to write such a book without a sultry temptress, a training scene, violence, and what not. It wouldn’t really be a thriller if your hero watches Richard and Judy and goes to the pub and then gets a job in a bank and steals some photocopier paper and is reprimanded, the end.

The cliches are well done, though they still feel like cliches. That is, you feel them coming, you expect them from the moment you see the cover and the blurbs (“The ideal thriller for the age of C.S.I.” – New York Times). I like violence as much as the next man but rather preferred the character studies, the peculiar cultures of the military, intelligence and ordinary. So, in the SIS building at No 85 Albert Embankment:

We sit down and Seethrough ignores me for a few minutes as he types at a keyboard.

“What’s the reg on your car?” he asks and types it in. “Look at that.” He grins again. “We’ve got you on camera 150 times since you left home.” His eyes are glued to the screen. “You’re actually speeding in this one. Eighty-two miles an hour. I didn’t know your Unimog could go that fast. What were you doing in Amesbury?”

He peers more closely at the screen, and his fingers tap and scroll at the keyboard.

“You bought thirty-five pounds of four-star. And a Mars bar. Bloody clever, this point of sale stuff,” he mutters, then looks up. His assistant is standing besides him.

The MI6 character, “Seethrough” is full of in-jokes, the jargon of his own self-preening subculture. Elliot is particularly good at these subcultures and the folk thereof. His affable and, I’m told, reasonably authentic ex-SAS character, ‘H’:

“Ironic, isn’t it?” says H. “We get sent to Afghanistan to train them how to use our kit, and then get sent back ten years later to tell them they can’t have it any more.”

“Blow job, more like. Anyway. Best not to talk about any of this from now on.” Then he leaves the room and returns a minute later with a boyish look of mischief on his face.

“When was the last time you saw one of these?”

His right arm swings up, and with it the barrel of an AK-47 assault rifle. This is an unaccustomed sight in rural England, and I splutter a reply through a mouthful of whisky.

The strength of the book is in these scenes, descriptions of weapons, and people (the sterling H, the facile Seethrough, the sultry temptress). While I enjoyed the book, I felt it could have been much better, with an adjustment of focus. The book is a thriller and foregrounds the story. Put the people and their dilemmas and motivations, their experience, to the forefront, and it could have been a book to re-read and pass on to one’s grandchildren. The difference, I think, between standard SAS memoirs and those of Falconer and Collins, is that the latter foreground the experience of, e.g. slogging through selection or a Mexican stand-off with two IRA boyos in a country lane at dawn; without the charge of human experience, all you have are facts, and facts are soon forgotten, and in any case may or may not be true. As a thriller, then, The Network is well done and enjoyable; but perhaps it could have been more.

2 thoughts on “Book Review: The Network by Jason Elliot”