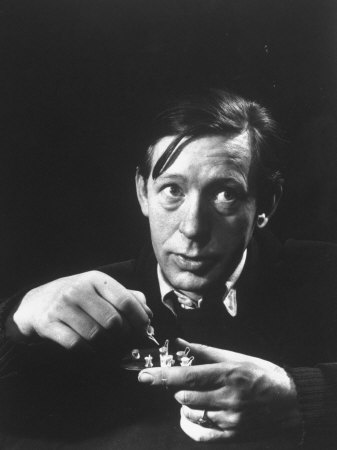 What Dabbler wouldn’t like to get paid for being the government’s official Curator of Eccentricities? Worm goes in search of the man who had the best job in Britain…

When the Festival of Britain landed on the south bank of the Thames in the summer of 1951,  Architect and festival director Hugh Casson unveiled “a gaily coloured scene given over to modern architecture at its most experimental and display technique at its most ingenious.”

Intending to sweep aside the physical and economic fallout of WW2, Casson assembled a festival committee to comprise of the brightest creative minds of Britain. By a stroke of luck there were plenty of creative types at a bit of a loose end since demilitarisation, all having been made redundant from their cushy wartime Ministry jobs. These artistic souls were gathered up and put to work in creating a shock and awe showcase of British culture and technology that would teach Johnny Foreigner that we were still a force to be reckoned with.

One of the aforementioned luvvies at the disposal of the Whitehall wonks was writer and poet Laurie Lee. Lee was appointed the festival’s Caption-Writer-in-Chief, and later became Curator of Eccentricities  – surely one of the most excellent government job descriptions ever invented, even in this day and age of Diversity Outreach Tsars.

After writing thousands of captions for exhibits and overseeing various show publications and film scripts of the event, Lee was handed co-control of the The Lion and Unicorn Pavilion. 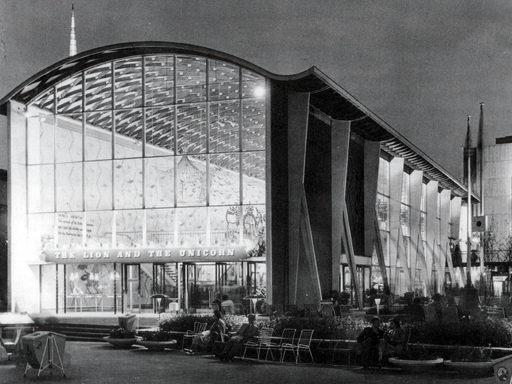 The post was to last for three years, and part of the job entailed collecting inventors’ oddities for an exhibit called Eccentrics’ Corner. Lee explained to the press:

‘Within that pavilion, there rightly belongs, we believe, a corner devoted wholly to British eccentricity and wit…For eccentricity.. we require something rich and strange, something altogether unheard of; objects, for instance, that are curious and unusual; models constructed of the most unlikely materials, ingenious machines evolved for unpredictable purposes…’

Eccentrics around Britain responded with enthusiasm, donating an egg counting device the went on the backs of chickens; a rubber bus that could be deflated to go under low bridges; a machine for grinding smoke and another for detecting the smell of broken glass in underground china shops… Humourist J.B. Morton, (better known as the newspaper columnist Beachcomber), offered a boot-rack made of polished rice grains and a concrete bowler hat. 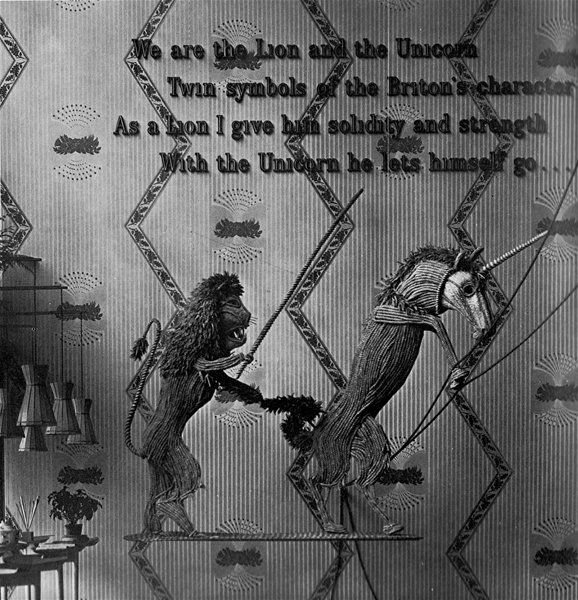 It is easy to draw a juxtaposition between the bucolic green lanes of Lee’s Gloucestershire roots and the concrete and alloy world of the festival, but his first hit, Cider with Rosie would not be published for another 8 years. In later years, when he had moved back to his beloved Slad, Lee would come to inhabit a role that played up to the rural reverie of his most famous book, but at the time he wrote Cider With Rosie, he was a thoroughly modern man, a rakish urban aesthete, closer to Robin Day or Henry Moore than Richard Jefferies or Francis Kilvert.

Of all the exhibits, only the Royal Festival Hall was intended as a permanent feature. By the end of its allotted time, eight million visitors had passed through the Festival’s gates. The new Conservative Government, who had never been particularly keen on it, left the site as a derelict car park for many years after its closure. Lee left his post with an MBE as reward for what must have been a fairly pleasurable job.

7 thoughts on “Laurie Lee and the Festival of Britain”