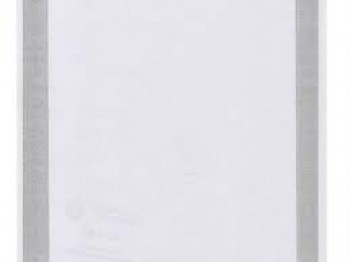 Mark Pack was tormented by a cursor – but to good effect (you can buy his book here).

I have learnt to hate the flashing cursor, sat at the top of a blank page in Microsoft Word. For many people, my discovery of something to hate about Microsoft Word, Microsoft or computers in general may seem rather belated.

My dislike of the old random crashes in the middle of work on a former computer didn’t make me hate it. More, it generated the sigh of disappointment that you get if a chocolate cake recipe is not up to the mark. A shame that something that could and should be so much better has failed to deliver. But not hate.

I have always had a soft spot for Microsoft computer products, especially as Outlook’s integration with gadgets and Excel’s all-round performance were for years so much better than that of rivals. Only the rise of Google and resurrection of Apple have started to change that.

Sure, I was weaned on WordPerfect and lapped up the elegant power of its codes. Please, please, however never make me have to use again one of those botched office suite combinations that WordPerfect was squeezed into.

As for Microsoft Word, I never really disliked the animated paperclip that much. (I actually find paperclips quite interesting, and have had to learn the hard way that telling someone you know three interesting facts about them is liable to leave you talking to yourself.)

Now, however, I have learnt the hate. Otherwise known as writer’s block.

It all started last year when I decided I wanted to do something a bit more than contribute yet another chapter to yet another book, write another pamphlet or do another Liberal Democrat campaign manual.

Writing a whole book on my own still felt too much of a leap, requiring too much non-existence time to somehow be found. Instead, a collaboration was formed with an ex-colleague and we hatched a plan for a book comprised of 100 tips – in other words, 100 short chapters, so however hard we found the writing surely we would always be able to force out another chapter one at a time, writing in bite-sized chunks.

How hard could that be?

Bloody hard, is the answer.

Things started well with the fantastic cafe at the top of Waterstone’s (to me it will always have an apostrophe) in Piccadilly providing the charming location for brainstorming sessions to come up with 100 ideas.

Some days the words flowed easily, spreading across the page with the same ease as breathing or blinking.

Some days were so different. Oh how I learned to hate the blank screen, its emptiness mocking my inability to turn years of accumulated knowledge into even mere scraps of disjointed sentences. No thought seemed the right commencement. No premise the correct starting point. No anecdote a relevant prologue.

Just the blinking cursor. Disappearing and then coming back as if to say, “Oh look. You’re not written anything. I’ll just appear here again, right where I was before. I’ll pop off again in a moment. Wonder if I’ll be coming back to the same location once more?”

Each time, eventually, the cursor was dislodged from its perch at the top left, peering over a blank page below. Painfully slowly at times it got pushed down the page, down down towards the word target for each chapter, as thoughts of quality were abandoned in a search just to get to the end and then thank the gods of chocolate for having a co-author who I could send off my words too and let him knock them into shape.

Eventually, hooray – all 100 chapters draft. Then it was time for the rewrites (and the discovery of a missing point that made the 100 become 101). And now finally, the excitement of the appearance of the book for pre-ordering, with real people handing over money – pounds and pence of their own! – to secure a copy. My epitaph can now be, “Once peaked just short of the 1,000 top bestsellers list on Amazon”.

Shortly too there will be the moment of exhilaration at seeing, touching and even smelling a hard copy of the printed version, enjoying the texture of a printed book in all its beautiful practicality.

6 thoughts on “I have learnt to hate the flashing cursor…”