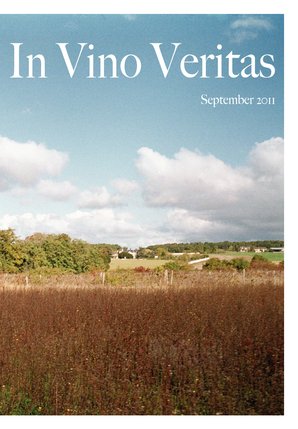 Gaw explores how, even though traditional newspapers are in decline, newsprint is finding new and quite lovely uses.

For nearly two years now I’ve been working at a start-up called Newspaper Club. We help people make their own newspapers. It’s been a fascinating experience not least because of what people, all sorts of people, are making.

I experienced one of my biggest thrills one evening earlier this year when we were celebrating the arrival of a shiny new digital press at one of our printing partners. Very thoughtfully, our printer friend had laid out on a big table all the papers they’d run off for Newspaper Club’s customers in the previous few weeks. I knew we were constantly being given some great stuff to print but I was really unprepared for how good they all looked. Many were quite beautiful. Others clever and witty. Even the ones that had a bit of an amateur look about them looked amateur in a genuine and charming way.

Well, I’ve just experienced another thrill like that one. We now have an online, and constantly replenished, version of that printer’s big table on the site: our Newsagent. People share their newspapers there by simply selecting an option when they’re ready. It’s only been up for a couple of weeks but there’s already a good selection.

To pick out a few from our recently featured papers (though I could have chosen literally dozens of interesting ones from those shared): this splendid wedding anniversary one by Phil Dobinson, which has surely earned him a wheelbarrow of marital brownie points (incidentally, they also made a similarly splendid wedding paper); this intriguing one by the Ferment ‘zine people, which happens to be about one of my favourite subjects, food (you can sign up to buy it here); this one, whose front page is shown above, by the photography collective wideyed, featuring a residency in a French chateau and lots of wine-making (wine being another favourite thing); and this one made by Ingi, who is, you know, one of those Icelandic-Belgian-Geordie comic creators (it will be for sale at the Canny Comic Con on 10th December). I could go on – but why not pop over to the Newsagent and take a look yourself?

The word “newspaper” really doesn’t do it all justice, does it?

4 thoughts on “The new newspaper, the new Newsagent”