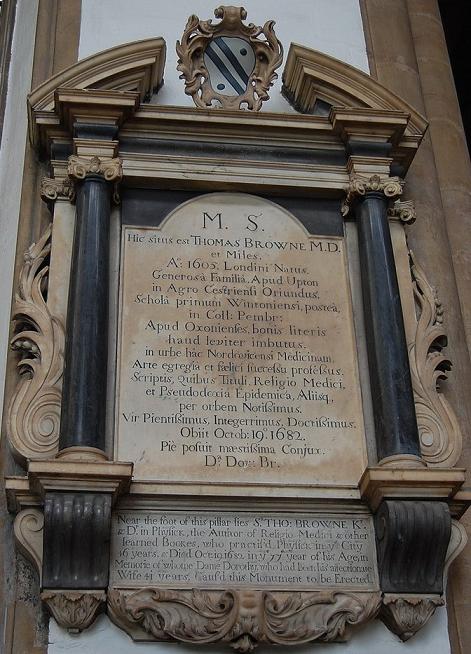 Nige ponders the unusual movements of some writerly remains…

The photograph above depicts Sir Thomas Browne’s tomb in St Peter Mancroft, Norwich – his coffin is in the chancel of the church. It was accidentally opened in 1840, and some bright spark took the skull – theft of skulls was a common weakness of craniologically obsessed Victorians – and presented it to the museum of the Norfolk and Norwich Hospital, where it was on display for 80-odd years before being restored to its proper place (after casts had been taken).

Readers of W.G. Sebald’s The Rings Of Saturn [read Nige’s 1p Review here] will recall his meditations on the fate of Browne’s skull, and readers of Sir Thomas himself will recall that he wrote in his Hydriotaphia, or Urne Buriall:

‘Who knows the fate of his bones, or how often he is to be buried? Who hath the oracle of his ashes, or whither they are to be scattered?… To be gnawed out of our graves, to have our skulls made drinking bowls and our bones turned into pipes, to delight and sport our enemies, are tragical abominations.’

Still, the mortal remains of another great English writer – Laurence Sterne – suffered a worse fate than Browne’s. His body was exhumed from its resting place in the graveyard of St George’s, Hanover Square, sold to anatomists, and only rescued (to be reburied against the south wall of his own church, Coxwold in Yorkshire) when someone recognised his face (below). Saved by fame. 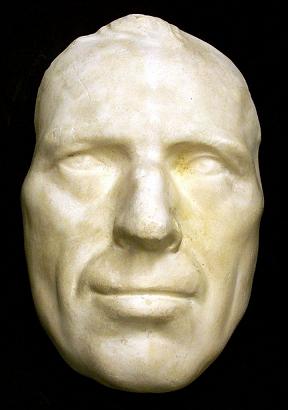