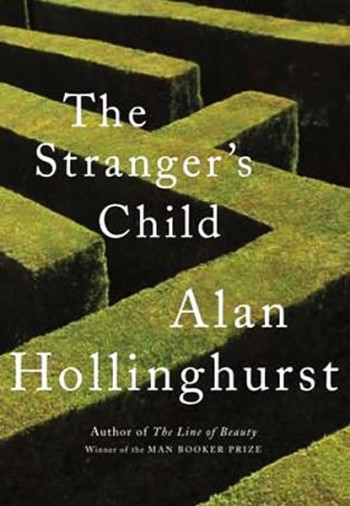 This month’s Dabbler Book Club selection was The Stranger’s Child by Alan Hollinghurst (buy it here). Below, Dabbler Book Club member Audrey lets you know her thoughts. But what do you think? Please do let us know in the comments.

The Stranger’s Child was left abandoned by the Booker prize shortlist this year, though it made the longlist and had been seen as a potential prizewinner. That’s been put down to the judges’ predilection for novels that “zip along”, rather than those that meander, as this does, through history and through literature.

What the book does not lack, though, is narrative. There are real stories and real characters here, though many of the conventional events of a novel – the births, the marriages, the deaths –  happen offstage; and what really happened in the love affairs and the minds of the protagonists is puzzled over by the characters and the readers alike.

You could call it a book about books about other books, but that would be to sell it short. The Booker prize winner it most recalls is A.S. Byatt’s Possession – I was about to write “recent” winner, until I checked and realized that Possession’s prize is already over twenty years in the past. See, there’s my own nostalgia about books and what they mean to me creeping in.  Possession told the story of a modern researcher rediscovering the Victorians, weaving the literary detection together with the modern story, and raising questions over what we can ever really know about the past.

The Stranger’s Child begins in 1913, when the young poet Cecil Valance arrives to stay with his Cambridge friend, George Sawle, at “Two Acres”, a house that will before long be surrounded by suburbs. “Two Acres” is also the title of the poem that Valance writes about his stay; its true meaning guessed at and analysed over the decades that follow. We’re in a world much like Forster’s: a Cecil and a George as in A Room with a View; the houses in a countryside threatened by the urban sprawl of Howards End; the gay relationships of Maurice.

The book leaps forward, to the 1920s, then through the generations to the present day. Daphne Sawle, George’s sister, is  the character who is there throughout, from the young girl in awe of the poet Cecil, to an elderly lady. It often takes work for the reader to figure out exactly when we are in time, and what has happened between where we left the characters, and where we meet them again, but it is work that repays the effort.

The later chapters too have their echoes of other novels: the cast of  bank clerks, schoolteachers and academics who could have come from Waugh or K. Amis. It’s difficult to pinpoint how Hollinghurst subtly shifts his style to indicate where we are in time. There’s something in the prose which indicates the 1920s, or the 1960s. And as he does this, he shows how we layer over and then uncover what happened in the past. The metaphor for this in the book is the house at Corley Court, the Sawle family home, whose ornate Victorian features, like the “jelly-mould domes” of the dining-room ceiling, are first praised, then modernised away in the 1920s, then later rediscovered beneath the peeling plaster of a building that’s become a school. Meanwhile Cecil is an effigy in marble in the chapel, an idealised version of himself.

It’s beautifully and stylishly done, and has many of the pleasures of a literary detective story, without needing to zip through history. But the question that arose for me towards the end, as we reach the present day, is whether it’s possible to write a literary novel, particularly one that involves literature itself, that isn’t in some way pastiche. I hate to be post-modern about it – I’m normally someone that loves stories and balks at anything meta-, but The Stranger’s Child left me wondering whether even a voice as elegant and polished as Hollinghurst’s can ever really be new, and say something in literature that hasn’t been said before.

5 thoughts on “The Dabbler Book Club Review: The Stranger’s Child by Alan Hollinghurst”