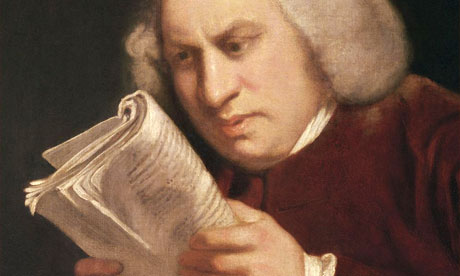 This is what I do. What I have done for at least 25 years and what I intend to do, audience and body willing until on some unspecified day I crash forward into the keyboard – or whatever equivalent technology throws up in its place. ‘Retirement’ is not a term in any of my dictionaries..

What I do is to sit alone in a room with a screen in front of me, a book more than likely to my left, held open by the weight of a discarded piece of chain, and within reach walls full of more books which are not just books but also tools and at the same time both extensions of and bastions for my existence. Some of them I have even made myself. With this screen and books and book-shaped tools I chase down words. And by placing these words in alphabetical order and by naming and defining and providing a word-based background for their existence and more words that illustrate examples of their use I create yet another book which is designated more than any other type to be a tool in its turn. A work of reference, which is based in hard work and scholarship and even a degree of serendipity and which, while it can never be perfect let alone completed, still aims to provide information which at its best and must utile is both trustworthy and authoritative.

Although in the broadest sense – ‘any occupation by which a person regularly earns a living’  – lexicography is a profession, it would not have been such according to the way in which the term was once defined: the law or the church, an establishment duopoly that could be extended to the army. Nor, in my case and I believe that of all my predecessors, can it qualify ‘especially’ as an occupation ‘that involves prolonged training and a formal qualification’. There are university courses in dictionary-making, but I am not sure how many of their graduates are now employed as professionals. The original OED team, under James Murray, assumed that they were bound to teach new recruits what to do from scratch, although they capitalized wherever possible on such experience that came with any novice, for instance Murray’s own homegrown philological skills. The main qualification thus seems to be practice. It may not make perfect – perfection is not a lexicographical option – but one does improve with age. I tell myself that I could have done what I do now at 23, or at least 33, rather than my current 63 (and since such occasions tend to the self-lacerative, ask why in hell if that were the case hadn’t I done so, and moved on to something more useful or at least lucrative), but experience shows me otherwise. The effort of my late thirties, my first essay at a slang dictionary, is a very limited thing. I can tell myself I simply didn’t work hard enough, but in fairness, I don’t think I had much of an idea what to do.

I have used the term ‘tools of the trade’ to categorize the reference books and sources from which I work, as well as the computer, giving access to my database and of course the vast resources of the Net, but I don’t see lexicography as a trade. (Even if ‘the trade’ was once shorthand for the world of publishers and booksellers.) Like profession, trade offers a wide definition based around earning any form of living and that can allow for lexicography too, but trade implies some form of trade-ing, of buying and selling and lexicographers do not do either. If Murray and co. were sometimes disdained by the high muckey-mucks of contemporary Oxford, it was not because of some alleged class inferiority in their activities, but rather because the arrogant likes of Jowett, Master of Balliol, firmly believed that they could perform them better, not to mention faster. Of course there was a distinct hierarchy within the ranks of dictionary workers.The grandees of the Press, although perhaps not the dictionary-makers themselves, looked at the ‘little people’, the lower echelons of their employees, from haut very much en bas. This was played out on a larger scale. The ever-stormy relationship between the Press and the Dictionary displays a depressing condescension on behalf of the former towards the latter, even though come publication day, it was keen to bask in the glories of an achievement that as publishers whose eyes were focused not on scholarship but on budget they had done so much to hinder.

Which leaves what? The vote seems to go to craftsman. Or craftswoman. But not, I think, craftsperson, an objection I proffer not as a curmudgeon, but because the word, so typical of anything where ideology brandishes its self-aggrandizement over style, is so very ugly.

Craftsman: a maker,  an artificer, inventor or contriver. Obsolete, states the OED in yet to be revised 1989 version, but surely not. Because that is what one does. One writes a dictionary, thus the direct translation of ‘lexicographer’, but one also makes it. The word is also synonymous with artist, when artist implies a general sense of being skilled. Hence Eric Partridge’s 1963 work: The Gentle Art of Lexicography. I am one who has no physical skills, for whom the term cack-handed might well have been invented. I can cook with some amateur ability, and certainly enthusiasm, but the plastic arts defeat me. I have never driven, I indulge in no sport, and were I to take exercise it would be in running as fast as possible from the merest hint that I might involve myself in any activity that could fit under the rubric of ‘DIY’. I am words man, not action man. Yet – and this is doubtless overly romantic – but as I work on the dictionary, I see invisible tools, and not just books, as extensions of my hands. A scalpel, to slice out extraneous matter, pliers to tug a miss-positioned citation and set it down in its proper place, files and planes to smooth the definitions, sandpaper to put on the finishing touches. The perfect lemma – the entirety of a single headword and all that pertains to it – should display the same elegance as a perfect item of furniture.

I would not dare suggest that all my efforts are so successful, but sometimes, especially with a ‘big’ word that offers a multiplicity of definitions, of sub-definitions, of derivations, compounds and phrases, there is a sense of having made something not just of words, but in some way a physical, tangible and above all useable object.

11 thoughts on “Confessions of a Lexicographer”