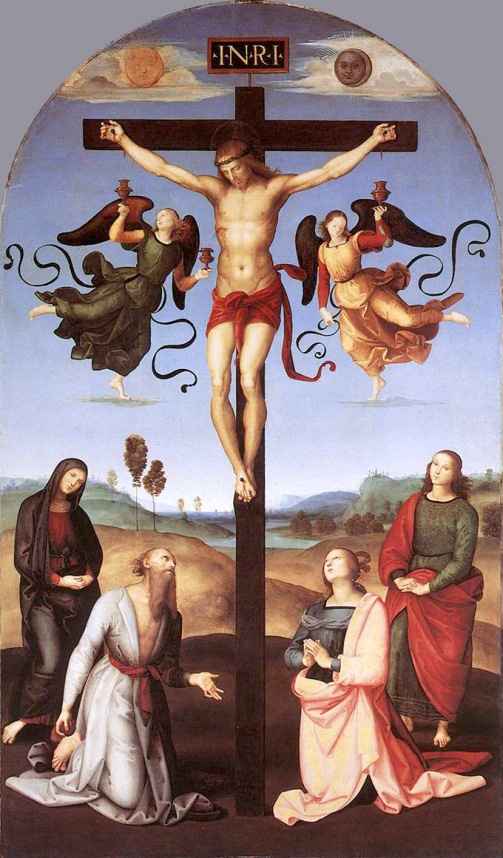 The National Gallery has thirteen Raphaels (if you include the dubious Madonna of the Pinks, recently ‘saved for the nation’). The one that always draws me towards it is the Mond Crucifixion (in Room 8). There’s something about the sheer daunting perfection of mature Raphael that I find faintly alienating, whereas his early work has an inviting freshness and openness.

The Mond Crucifixion is very early, painted under the influence of his master, Perugino – those elegant angels on their tiny clouds could indeed be straight out of one of the National’s Peruginos, The Virgin and Child With Saints Jerome and Francis. But the beauty of the young Raphael’s painting of, in particular, the faces and figures at the foot of the cross, and the glorious, softly lit Umbrian landscape that opens up in the background, suggest that he had already learned all his master had to teach him.

It is the sweetest, serenest crucifixion, with not a hint of anguish – even Christ’s blood is no more than a discreet jet of claret into a waiting chalice. How could there be anything but peace and love under a sky of that heavenly blue?