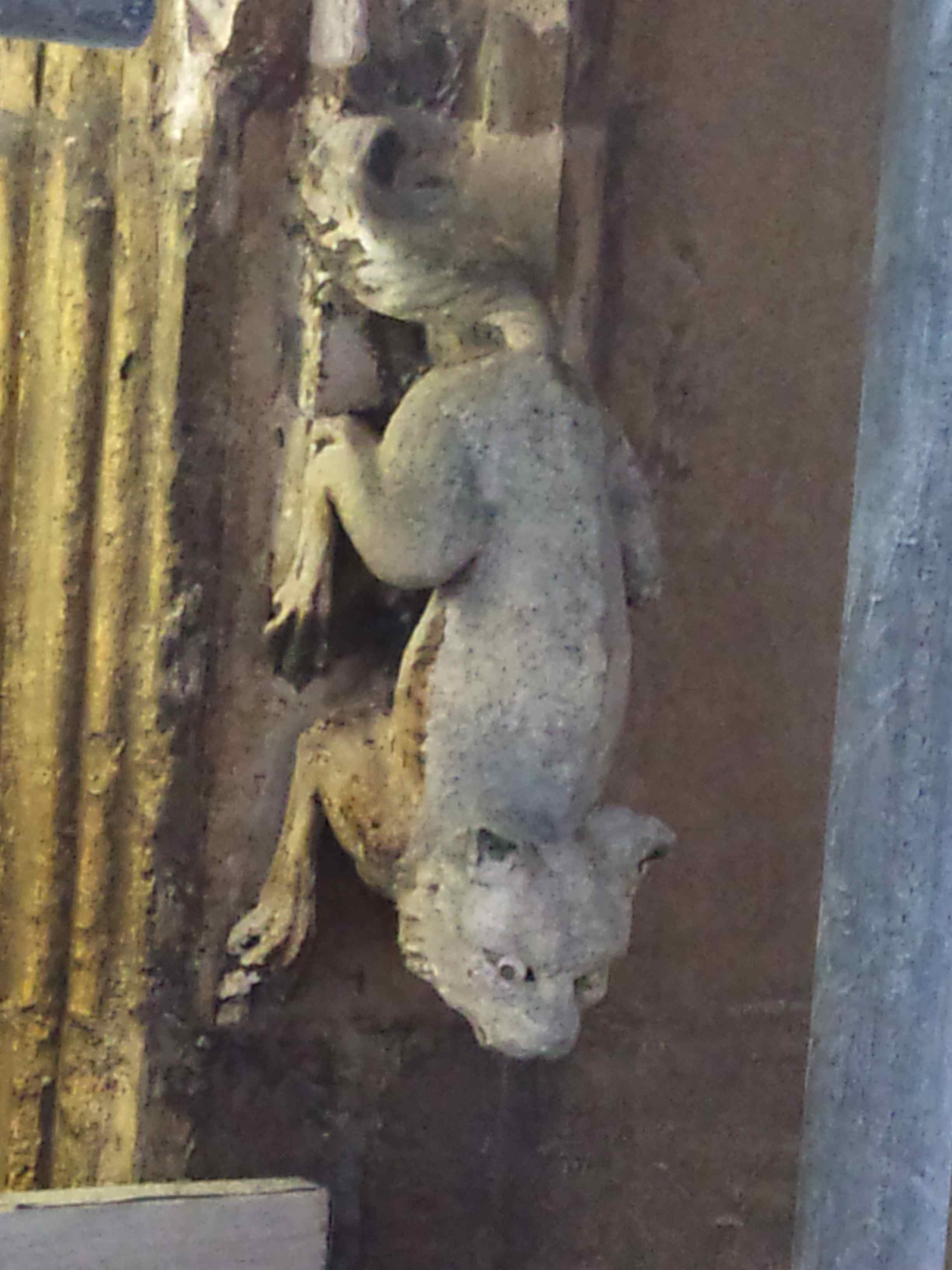 Whilst up a scaffold erected around the South Porch of Cirencester Parish Church (it’s being repaired, admirably), I managed to catch a glimpse of this creature. Despite having something of a demonic character, I believe it’s a cat. It brought to mind a feline description provided by Bartholomaeus Anglicus, writing about two hundred and fifty years before this specimen was carved in the late-fifteenth century:

He is a full lecherous beast in youth, swift, pliant, and merry, and leapeth and reseth on everything that is to fore him: and is led by a straw, and playeth therewith: and is a right heavy beast in age and full sleepy, and lieth slyly in wait for mice: and is aware where they be more by smell than by sight, and hunteth and reseth on them in privy places: and when he taketh a mouse, he playeth therewith, and eateth him after the play. In time of love is hard fighting for wives, and one scratcheth and rendeth the other grievously with biting and with claws. And he maketh a ruthful noise and ghastful, when one proffereth to fight with another: and unneth is hurt when he is thrown down off an high place. And when he hath a fair skin, he is as it were proud thereof, and goeth fast about: and when his skin is burnt, then he bideth at home; and is oft for his fair skin taken of the skinner, and slain and flayed.

This is from the monk’s book of medieval lore, De Proprietatibus Rerum, and it seems to me to delight in the catness of cats as much as the sculpture adorning the South Porch.

Mind you, the stone version looks more like the now-extinct wildcat to me, rather than its domestic cousin – its extravagant claws, bushy tail and general fierceness may be clues. As does its creeping down a column from whose neighbour hangs a rather prone sheep.

Wool funded the construction of the South Porch – originally, a free standing administrative centre for the local Cirencester Abbey (and so a sort of medieval office building) – as well as much else. Its monastic builders belonged to one of the biggest and richest foundations in the country. However, their position wasn’t unchallenged: the guide told me that the South Porth is so impressively decorated as it was intended to overawe the recently revolting townsfolk.

It may be that the wildcat clung on in the remote Cotswolds into the fifteenth century. Perhaps it took the odd lamb, or at least such events lived on in memory. If so, the importance of the abbey in securing the locality’s flocks – and not just those made up of sheep – was underlined by our minatory feline.

Anyway, sheltered as he is from the weather by the overhang of an oriel window, this particular wildcat lives on, after five centuries, still ready to pounce. Lol. 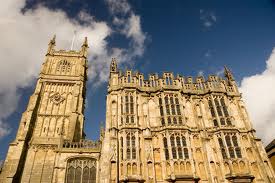