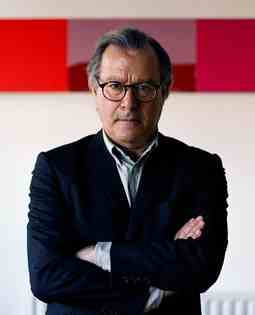 We are lucky today to feature the one and only Mister Slang – Lexicographer Jonathon Green, late of this parish, who has been so busy since we last saw him that he has managed to produce not one but two new books on his life’s work. Here for your reading pleasure is an exclusive extract from his autobiographical ‘Odd Job Man – Confessions of a slang Lexicographer‘…

As for the alleged death of traditional reference: who says? as we would have put it in the playground. Who says those fat  dictionaries are good for only propping up tables or holding open doors? Perhaps we all do. We have fallen prey not merely to the  market and what for the majority are its cruel economics, but to a great tsunami of propaganda. Because as we have drummed into  us on the hour and every hour, books are finished; the ‘dead tree’  has joined the Dead White European Male in the chamber of  modern horrors. Digital is all, ebooks are the future and devil take  the incomputerate. For traditionalists the bad is yet again driving  out the good. Amazon parades its stats and notes that electronic  downloads have surpassed paper. It does not note that the change  does not represent addition, merely substitution. The reading public  seems to remain as was. Only the list of writers has swelled. The slush pile has taken wing and flourishes. Some of these have and  will triumph: naturally, since why should shit cease to float?  This is not luddism. I have used a computer since 1984 and  would shudder at a world without my database. Nor is it even  elitism. My shelves are crammed with titles that, dependent on  slang, are far from ‘literary’. Pulp fiction of one variety or another.  I am biased, of course, but many such have style and wit and their  authors had no choice but to fight for a place in the bookshops.  Those who wrote them did so for money, to get money it was necessary to reach a certain standard – otherwise what exactly  was the point? They could not simply announce themselves as  authors and demand that the world assume it to be so.

Is this cultural puritanism? Perhaps. The perennial debates inform me  that I whinge too much. That Canute did not manage to withhold  the incoming tide. If I make no money I have only myself to  blame. Do it yourself: throw yourself into the arms of the social  networks, promote yourself, interface with your readers. I see it  all around me: authors who, day upon day, tweet their new  releases and their backlists to a legion of followers. Perhaps, but  life, surely and especially surely for me, is too short. And, I must  ask, does this factor in a time for actual work?  Having used lex as my defence for thirty years – constructing my  redoubt with every hwd/def/ety/cite – I find that it no longer works.

The bastion has become a Maginot Line, and the new world walks  confidently round it without even dignifying it with a salvo. It is fine  to make the rules of the game, in the confident hope that thereby  you can win – so long as a parallel set have not evolved while you  weren’t looking. As I keep noting, what matters is not what should  be but what is – unpalatable though it may be – and ‘what is’ is that  around twenty years ago I popped out – not for a pack of fags but  to write a three-volume dictionary of slang – and when, time having  passed, my hair grown grey and the book finally published, I returned,  I found the world turned upside down.

Get your hands on your own copy of Jonathon’s fantastic book by clicking here.