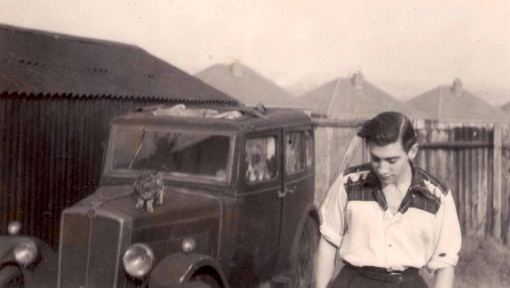 A few years ago bookseller Steerforth came across a remarkable diary, which he began to publish on his blog and which we now serialise on The Dabbler. If you’re new to Derek, you can catch up with the previous instalments here. In this final instalment, Steerforth goes right back and opens Derek’s very earliest, youthful diaries….

This is my first journal. I am keeping it so that I may have a durable record of my thoughts, experiences and views, to read when I am wrinkled and grey and full of years.

I am a student at a technical college, where I am studying for a General Certificate of Education. My age is twenty-two. Since 1952 I had been recovering from Pott’s Disease, which is tuberculosis of the spine. Rather than that I should sit around idle, I have been encouraged to get on with my education.

If I’d had the good sense to read Derek’s diaries in chronological order, I would have realised why he was such a hypochondriac, panicking at the slightest twinge of pain or palpitation of the heart. Being struck down with such a debilitating illness at the age of 19 must have been the defining moment in Derek’s life.

In a footnote written in the 1980s, Derek writes that:

Because of ill health, I was not able to work for four years; and they were prime years; and the result was a feeling of worthlessness – as though there were no place for me.

During the dinner-hour, we (the students) sat on the lawn and talked of God. They were quite surprised to discover that I am a “Mormon”. (N.B. I joined the church in July 1954) Lorraine wanted to know how many wives I had. Uninformed girl! She also stated that she believed the New Testament but not the Old. How can people worship half a God?

To accept God is peace of mind, but to accept biology only leads to wondering and the more one wonders, the more sleep one loses. Someday God will speak to all men in a voice that cannot be denied, and them the edifice of Darwinism will crumble to the ground, and become dust beneath the feet of truth. I hope I’m there to see it. My gosh – I do sound intolerant.

But one of the most appealing things about Derek is his intellectual curiosity. He was a voracious reader and an obsessive collector of secondhand books, covering a wide spectrum of subjects. It is to Derek’s credit that he didn’t try to maintain his religious faith by closing his mind to other ideas.

Introspection is a dangerous habit when indulged in daily. It saps one’s spiritual strength, weakens one’s will and turns one into a cynic. It is the mark of a lonely man and springs from fear. The introspective man needs to be loved day by day, year by year; but first he must find someone to love and understand him. Fortunately I have Brenda, but how strong is she? How long can I expect her to bear my moods and selfishness with patience?

Brenda has promised me a kiss.

I phoned Brenda tonight. We are passing through one of our peaceful periods when passions rest and harmony prevails. This morning, while she was ironing, she looked at the calendar and said “Ha! Ha! – Friday the thirteenth! Wonder what will happen today?” She then turned back to her ironing and found that she had scorched her best jumper.

I am full of hatred: for myself, for my fellows, for everything. And why? Because there is something lacking in my make-up. I have no hope for myself. Poor Brenda! Why can’t you leave me alone that I might utterly destroy myself? Why can’t you realise that I am mad? Your love is wasted and it can only bring you sorrow. I know myself too well to give you any hope. All I want to do is dissolve and become nothing.

I rose late and went to cast my vote at the General Election. Later, I took Brenda to a concert at the Town Hall. Horror of horrors! We were a week early. We hid our chagrin and went to the News Theatre to watch some cartoons. While we were in there, we ate a bag of bacon sandwiches; so, strangely enough, did the young couple sitting next to us.

After the show, we went and sat under a tree in the churchyard and quarelled. I was in one of my awkward moods: Brenda would not let me kiss her because she had a cold. I shouted at her. Then we were both silent.After a while I apologized and we went to “Ernies”, a very ritzy restaurant. We had a mixed grill and I explained the “celestial order” to her.

We then left “Ernies” and went back to the churchyard and did a little hugging. Then we parted. We shall not be seeing each other for a week.

At last I have finished reading the book on flying saucers I borrowed from the chapel library. The conclusion the author arrives at is: the saucers come from Mars, they are manned by insects – possibly bees which have been found to be capable of communicating with each other – hypothetically a mark of intelligence; they come to earth beacuse they fear that we will start a chain reaction with one of our atom bombs that will blow the earth to dust and, thus, fill the atmosphere with a dense cloud of particles that will shut off the precious though small amount of sunshine that Mars receives.

By studying us, the bees hope to gauge their chances of survival by us not setting off an atom bomb.

The bees are supposed to build their machines by bending quartz crystals, which thus generate electricity and grow larger if fed upon quartz powder. The whole book is a fascinating hypothesis. I enjoyed it; and might add: “What is in the realm of imagination is within the realm of possibility.”

This afternoon I met Brenda in town and we then invaded a hairdressing salon, whose entrance is situated in a dingy cellar. Brenda trotted up some well-carpeted stairs and entered an office to complain about the way her hair was done. Of course there were protests.

“So do I,” responded Brenda.

And so Cockney wit won the day and the “man from London” has promised to do Brenda’s hair again.

It was a strange experience reading Derek’s first diary. Many of the familiar elements are there: the irrelevant anecdotes, millenarist allusions and moments of self-doubt. But this is a young man’s journal – more passionate and less Pooterish than the middle-aged Derek.

Derek is rather hazy about what he wants from the future, but he is quite certain that he wants to marry Brenda, even if their courtship appears to have been a rocky one at times.

Two years later, Derek gets his girl and it is heartbreaking to contrast the optimism and hope of the young married couple with the diaries from the 1980s, when Derek and Brenda’s relationship appears to have been ground down by ill fortune and difficult circumstances. But it is easy to be positive and optimistic when you are 22, and aren’t weighed down by the ballast of wrong decisions, squandered opportunities and plain bad luck. The real challenge comes later, when you are faced with the choice between descending into bitterness and self-pity, or making the best out of what life has dealt you.

Derek clearly picked the latter path, finding fulfilment in the simple pleasures of the home and the fellowship of his local Mormon church. When adversity struck, his saving grace was a sense of humour and, probably, a fatalistic belief that all events were part of a divine plan.

Perhaps Derek was right. By now, his diaries should be decomposing on a landfill site. Instead, Derek now has a worldwide audience and, at least on the web, a form of immortality. 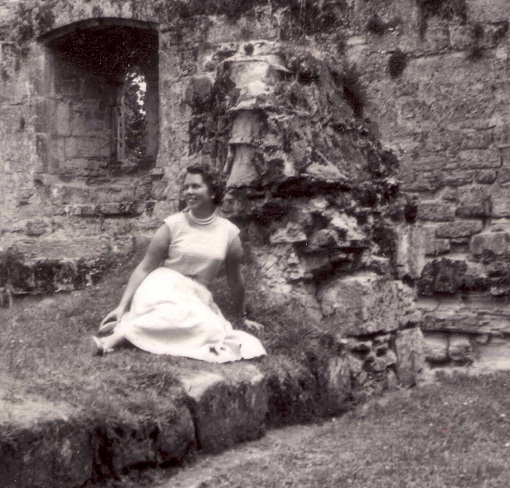 5 thoughts on “The Diaries of Derek – 8. Derek and Brenda”