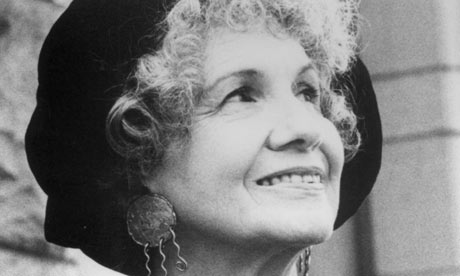 It took me a long time to finally get round to reading Alice Munro – perhaps I was put off by the sheer volume of praise for her ‘practically perfect’ work, or by the fact that she won the 2009 International Man Booker Prize (for which, if I remember rightly, the rest of the shortlist consisted of writers I don’t much care for). But she had been recommended to me more than once by people whose judgment I generally trust, so it’s odd that I’ve only just read my first Munro.

It was a volume of short stories called Hateship, Friendship, Courtship, Loveship, Marriage [available for 1p from Amazon.co.uk, and also for a cent from Amazon.com if you care to look] – and all I can say is that Yes, she fully deserves all that praise. I found these stories of small-town life in Ontario almost as richly rewarding as Pritchett’s, or even Chekhov’s – they’re that good. And they’re good in unexpected ways, taking you into unexpected places by unpredictable routes. A lot of the time, in a typical Munro story, you really don’t know where it’s going, what will happen next, what manner of story it is. Her characters are walk-off-the-page vivid, and her plots are constructed with masterly ingenuity under an surface of easy artlessness. Most of the stories in Hateship, Friendship are told in the first person, or through a first-person proxy, and Munro is unusual in extending her clear-eyed vision to her fictional ‘self’, who is often far from the conventional ‘nice’, sensitive narrator of most writers’ short stories.

Though she paints on a small canvas, Munro is wonderfully free of the emotional correctness that drains the life out of so much contemporary fiction. But what is most striking about her stories is their richness and density. With the best of them, you get the feeling that two or three novels could be made out of the leftovers. Worlds of fictional possibility open up, only to close again as the story incorporates them and moves on.

For example, in the title story of the collection (which is told more entirely from ‘outside’ than any of the others), there’s a short scene in a dress shop which not only fills out the picture of the main character, Johanna (who is buying her first-ever smart dress as she believes she is soon to be married to a man who in fact barely knows her), but also takes us into another life, that of the woman who owns the dress shop, who initially comes over as haughty and unsympathetic…

‘I’m here all day,’ she said. ‘And sometimes I just wonder what I think I’m doing. I ask myself, What do you think you’re doing here? I put up my new display in the window and I do this and that to entice people in, but there are days – there are days – when I do not see one soul come in that door. I know – people think these clothes are too expensive – but they’re good. They’re good clothes. If you want the quality you have to pay the price.’
‘They must come in when they want something like those,’ said Johanna, looking towards the evening dresses. ‘Where else could they go?’
‘That’s just it. They don’t. They go to the city – that’s where they go. They’ll drive fifty miles, a hundred miles, never mind the gas, and tell themselves that way they get something better than I’ve got here. And they haven’t. Not better quality, not better selection. Nothing. Just that they’d be ashamed to say they bought their wedding outfits in town. Or they’ll come in and try something on and say they have to think about it. I’ll be back, they say. And I think, Oh yes, I know what that means. It means they’ll try to find the same thing cheaper in London [Ontario] or Kitchener, and even if it isn’t cheaper, they’ll buy it once they’ve driven all that way and got sick of looking.
‘I don’t know,’ she said. ‘Maybe if I was a local person it would make a difference. It’s very clique-y here, I find. You’re not local, are you?’
Johanna said, ‘No.’
‘Don’t you find it clique-y?’
Cleeky.
‘Hard for an outsider to break in, is what I mean.’
‘I’m used to being on my own,’ Johanna said.
‘But you found somebody. You won’t be on your on your own anymore and isn’t that lovely? Some days I think how grand it would be, to be married and stay at home. Of course, I used to be married, and I worked anyway. Ah, well. Maybe the man in the moon will walk in here and fall in love with me and then I’ll be all set!’

In one page of outwardly ordinary dialogue, a whole sad thwarted life opens up before us. And that is the last we see or hear of the dress shop owner. Writing like that is indeed, I reckon, ‘practically perfect’.