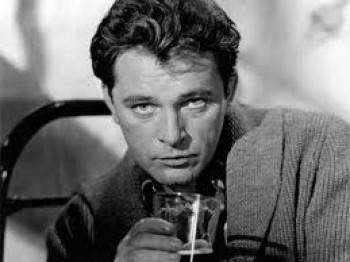 Gaw recalls a Welshman who was a self-made hero to some, a self-romanticising show-off to others.

Brit’s clip of Richard Burton reading Under Milk Wood from Lazy Sunday Afternoon the other week sent me looking for more opportunities to hear that voice. Here’s a spell-binding excerpt from an interview where he talks about mining. Some wonderful lines which now seem to come from such a distant industrial era, or at least they do here in Britain. It’s a reminder of why coal miners were held in such esteem, had such a mystique, back in the day.

I’m sure he’s being straight when he talks about the attractions mining had to his family and his schoolboy peers. Others were more circumspect. ‘Being sent down the mine’ was held out as a pretty horrible fate in my family, one that was made flesh when we used to visit my Uncle Horace whose silicosis – a lung disease caused by the inhalation of rock dust – meant he couldn’t move far from his armchair and oxygen cylinders. I can still hear his awful, rattling wheeze.

The British mining industry has almost disappeared, of course. We’re two years away from the 30th anniversary of the last miners’ strike, an event that turned out to be the beginning of the end. I wonder how it will be marked? It would seem strange to mourn the passing of a livelihood that still regularly kills people, even in what remains of the South Wales collieries, as we saw just a few months ago.

Anyhow, the clip above is also a reminder of what a wonderful talker Richard Burton was, what terrific charisma he possessed. He really was something of a hero to many of the post-war generation: a provincial working class boy who conquered pretty much everything he took on, from the London theatre to the most beautiful film star in the world, amassing great riches on the way, which he spent freely and often generously. However, the older generation were more disapproving, dismissing him as a self-romanticising show-off. Not just the London theatre establishment either – plenty of his fellow Welsh (including my own Taid, as it happens) thought he was an awful bullshitter. Of course both views were correct.

In any event, he still seems pretty stupendous to me. One of the most impressive bits of film acting I’ve seen is in Tony Richardson’s Look Back in Anger where, in the course of one of his rants, Burton’s Jimmy turns away from the camera and towards the fireplace; he simply puts his hands on the mantel-piece and rolls his shoulders. You don’t hear anything and you don’t see very much at all, but it’s enough for you to understand that Jimmy is scared, something he’s desperately trying to hide, from himself as much as anyone. It’s probably not an exaggeration to say that it’s this gesture that makes the play work: if Jimmy doesn’t have the audience’s sympathetic pity, he’s merely a bully and the play becomes unbearable (as it often is).

Rather incredibly there was considerably more to him than the talent that made him rich and famous. He was a scholar with a prodigious memory and great critical sensitivity: Neville Coghill, his tutor at Oxford, reckoned he’d taught only two students of genius, WH Auden and Burton. He also played first class rugby for Aberavon when not much older than a schoolboy and was reckoned by some, including, reputedly, the great Bleddyn Williams, to have been good enough to play for Wales.

So much for the good fairies. Unfortunately, the bad fairy also gave him a susceptibility to alcoholism, like his father. Burton was only 58 when he died; we might have had much more from him. His understated performance as O’Brien in the film version of Nineteen Eighty-Four, which manages to be both chilling and avuncular at the same time, could have been the start of a brilliant late-flowering:

11 thoughts on “Richard Burton and the Kings of the Underworld”