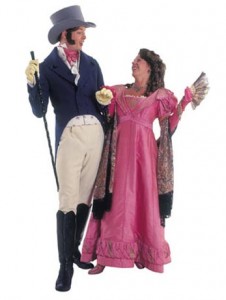 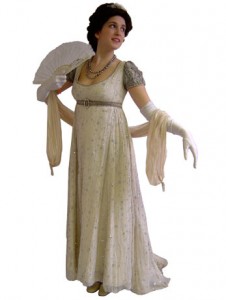 It’s a curious fact that wedding fashion is still largely inspired by a brief period of history between 1795 and 1820. At the time, women’s dresses featured high waistlines and flowing skirts, which produced a more natural silhouette than the tightly corseted waists, predominant throughout most of the 19th century. 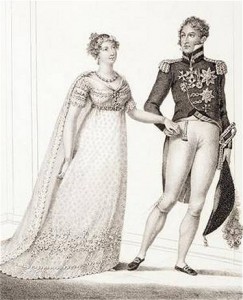 Prince William and Kate Middleton seem particularly well suited to the no-frills, neo-classical Regency look: I can just picture Kate, hair secured by a vintage diamond encrusted comb, soft ringlet curls falling around her cheeks, perhaps beneath a fine, handmade lace veil, (carried by bridesmaids in flower-adorned straw bonnets). Kate is wearing a Grecian statue inspired flowing, off-white Empire Line gown, with short puff-sleeves and a delicate, square neckline. If it’s chilly day, she’ll probably need a Spencer jacket to cover her shoulders – or if it’s a little too hot, an antique lace fan to conceal any awkward blushes and add a touch of demure elegance to the occasion. 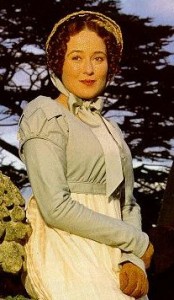 One gets the impression that behind the snootily flirty smile is a capable young woman who’s brimming over with pride at her new found role as our future Queen. Best of all, she appears totally smitten with her Prince – who, in true Regency style, is an officer and a gentleman…and may even have the makings of a dandy. 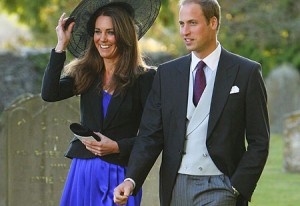 According to Baudelaire, and contrary to popular belief, dandyism is not an excessive delight in clothes and material elegance: “For the perfect dandy, these things are no more than a symbol of the aristocratic superiority of his mind… perfection in dress consists in absolute simplicity, which, indeed, is the best way of being distinguished.” Wikipedia says, “In Regency London dandyism was a revolt against a different kind of tradition, an expression of distaste for the extravagance and ostentation of the previous generation, and of sympathy with the new mood of democracy.”

Beau Brummell set the fashion for dandyism in British society from the mid-1790s, which was characterized by immaculate personal cleanliness, linen shirts with high collars, perfectly tied cravats, and exquisitely tailored plain dark coats. Brummell’s only pieces of jewellery were his gleaming buttons and a simple signet ring. It was also at this time that the conical, beaver felt hat evolved into the top hat – still favoured for formal occasions and weddings to this day.The cravat was mainly worn by military personnel like Cavalry Officers, and was popularized by George IV, who apparently wore one to cover up his double chin. In the portrait below he’s shown in a version called the Royal George. 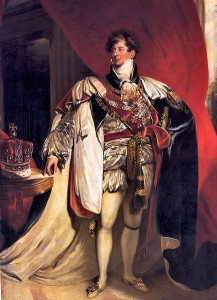 The jury’s out as to whether Prince William will be as dashing as George IV, or as stylish as Beau Brummell on his wedding day – but Jane Austen would surely have approved of the typical Regency wedding arrangements: William and Kate have had a relatively short engagement, much like Austen’s characters, who were usually married within a few months of betrothal. Wills and Kate will marry before midday at a local church, surrounded by family – with a few locals hanging around outside. The evening reception will be a chance for guests to show off their court costumes and finery. 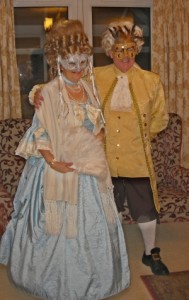 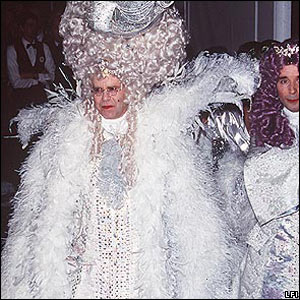 Of course, we all wish William and Kate a long and happy marriage. In Regency times, divorce wasn’t really an option. 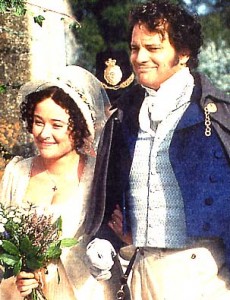