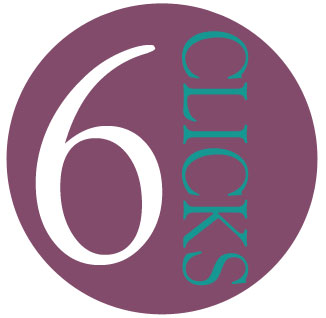 In our occasional feature we invite guests to select the six cultural links that might sustain them if, by some mischance, they were forced to spend eternity in a succession of airport departure lounges with only an iPad or similar device for company. Today’s voyager is Gadjo Dilo, who brings his distinctive Romanian aesthetic to the waiting room…

I felt at first that I’d used at least 60 favourite clicks on my blog, but then more came to mind. Here, I thought I’d link them, loosely, with my current place of residence, as people seem to find this tolerably interesting*.

#1: Constantin Brâncuşi , rightly Romania’s most famous artist in my opinion: his pieces of reductionist sculpture are exquisite. Born in a village, he started his career painting icons but then decided to walk to Paris. He had a large circle of Bohemian friends there but reputedly wouldn’t let Picasso into his studio knowing that the balding Spanish shagnasty would nick his ideas: 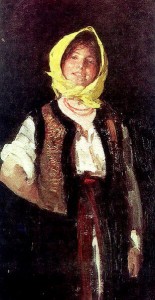 #2 Romanian ruralness continues to make this – for me if for absolutely nobody else – a charming place in which to live: cherry picking festivals, chestnut collecting bacchanalias and folks dressing in traditional cozzies just for the hell of it. I’ll illustrate this briefly using works by Romania’s best painter, Nicolae Grigorescu (above and below) who – like Brâncuşi, he’d fled church iconry for Paree – became a decent Barbizon School en plein air-ist.

#3 Mocanita: In the country’s northernmost part, known as Maramureş, this narrow-gauge railway still carries logs down from the mountains but is now also a prime tourist attraction – a day-long ride up and down a stunningly beautiful valley using original steam locomotives. I can think of nowhere else I’d rather be, especially as here when accompanied by the folk music of the area: 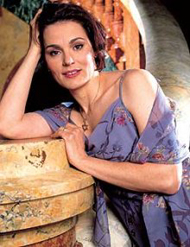 #4 Maia Morgenstern (above) is an actress best known for playing Jesus’ mum. I haven’t seen that but I have seen the award-winning Ulysses’ Gaze, which I confess I found unnecessarily long, pointless and dull. But when Maia appears in it I am transfixed, as I have been watching her in the theatre here. Other Jewish-Romanian luvvies include Edward G. Robinson; (partially) Harvey Keitel, Dustin Hoffman and Lauren Bacall; and screenwriter I.A.L. Diamond. They’re all brilliant, and it’s a feeble excuse, but here’s a scene from the last named’s timeless Some Like it Hot:

#5: Germans are all the rage these days. Malty gave us plenty, several blog colleagues are romantically involved with them, and here in Transylvania they are the only thing that Romanians and Hungarians can agree on. “Let’s get the Germans back”, they say, “and we’d have better roads, reliable cars, and…” ahem, “…they’d get rid of the people we don’t like!”. This means Gypsies and then (non-Aryan) Hungarians or (decidedly non-German) Romanians, according to taste. Astonishing. Be careful what you wish for, lads. Now, you and I know that the Germans have moved on, and I for one wish to celebrate their artistry. Most Romanian “Saxons” – gastarbeiters,some from as long ago as the 12th Century – were deported or have emigrated, leaving only Banat-born Johnny Weissmuller’s yell. But here’s the sublime (German-Ukrainian) Sviatoslav Richter and Dietrich Fischer-Dieskau with Schubert’s stirring Auf der Bruck:

#6 Folk music Most of my work colleagues here are cheerfully listening to Grindcore and Cradle of Filth and scorn my tastes, but I maintain that the old ways are still the best. Speaking of Gypsies, and Hungarians as we were – and by way of balance – there’s an awful lot of great music pumped out by that particular ethnic combination. Here’s cimbalom maestro Kalman Balogh, normally a purveyor of good old-school Pikey Metal, having a stab at classical folk hero (and voluntary Romanian speaker) Béla Bartók:

* I feel I should apologize here to Mahlerman, if he’s reading this, at whom I recently rather went off on one (for reasons I don’t understand other than getting out of the wrong side of the bed) when he made a perfectly reasonable remark about my adopted homeland. I hope he’s still talking to me.

13 thoughts on “6 Clicks… For the Endless Voyage: Gadjo Dilo”