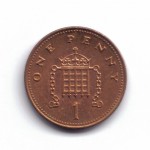 William Maxwell is one of those American writers whose reputation seems not to have crossed the Atlantic. He was little more than a name to me – but as the name was quite often mentioned on Patrick Kurp’s incomparable blog, I was already on the lookout for his works when I spotted Time Will Darken It on the shelves of a charity shop (one of the best £1 purchases I ever made, but available, while stocks last, for a penny here).

It was the Harvill paperback edition and the front cover is embellished with a rather beautiful early 20th-century portrait photo of a young woman. Time Will Darken It is a novel (published 1948) set in a small town in Illinois in 1912. I was gripped from the first paragraph (I think anyone would be – it’s a very expert opening), though unsure at first quite what kind of book I was reading. Maxwell works in wonderfully subtle and indirect ways, under a surface that appears to be spelling everything out – right down to pointing the lessons of the action in pithy authorial homilies. He creates a small-town world and a cast of characters, who gradually reveal themselves, until the principals – including a four-year-old girl, drawn with astonishing insight – become intensely, almost unbearably real. Character is indeed destiny in the world of this novel, a world where no good deed goes unpunished. The action follows the working out of the consequences of a well-meant act of hospitality by the central character, a young lawyer, who, to repay their kindness to his late father, invites his Southern relatives to stay (without having first cleared it with his wife).

What at first plays like a mild social comedy is in truth laying the foundations for a kind of tragedy, which builds with horrible inevitability towards what is not quite a Hardyesque hecatomb or the comprehensive bleakness of a Richard Yates ending, but is not far short, and no less affecting. Time Will Darken It has a slow cumulative power that leaves you – well, left me – gasping. I think it is something very like a masterpiece.

The strange ways of internet commerce have meant that countless secondhand books can be bought online for £0.01 plus postage. The Dabbler will be recommending some of the out-of-print, forgotten or neglected gems that can be yours, at the time of writing, for a penny. If you would like to nominate such a book, email your review to editorial@thedabbler.co.uk

One thought on “The 1p Book Review: William Maxwell – Time Will Darken It”