I was hoping bowler hats would make a comeback this season, but I haven’t seen a single example yet. I did spot some rather unique headwear at London Fashion Week yesterday though, including this fascinating curiosity. 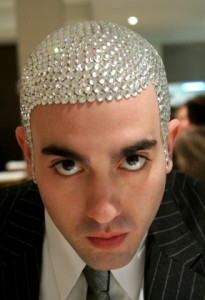 Philip Levine is a ‘head designer’, who started using his head as a canvas in 2006, when he began to go bald. He works with a professional body painter to create carefully thought out designs, including his trademark 1000-Swarovski crystal headpiece. 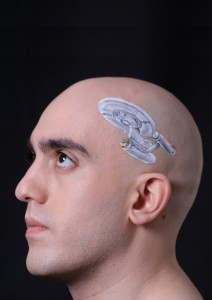 Phil Says “Baldness, the final frontier. To baldly go where no bald man has gone before” 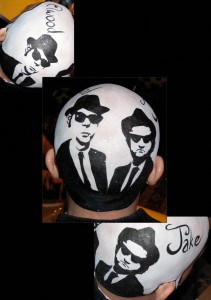 “They’re on a mission from god” , says Phil of this design… 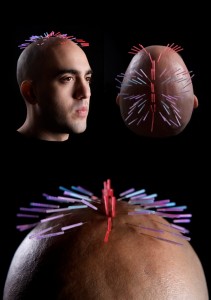 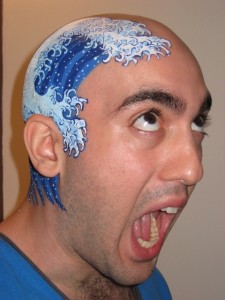 You can see more quirky head designs at his website – Philsays.com.

Is there something you’d like to say on your head?