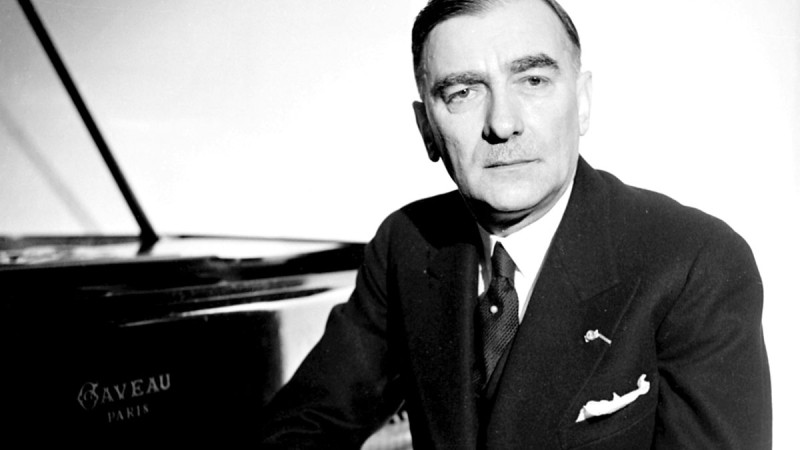 This week Mahlerman introduces one of Poland’s most original composers – now rarely performed, but capable of near-genius…

Most of the composers we have run a slide-rule over in these pages have, with a few exceptions, come from modest, even impoverished backgrounds. The great good fortune of Karol Szymanowski was that he was not just born into an affluent, aristocratic household, but that the Szymanowskis were a family of high culture, where music and literature were pursued with a great passion.

1882 was a good year for music, as this great Polish composer shared a birth-year with Zoltan Kodaly and Igor Stravinsky; Bela Bartok, born a year earlier, was probably still in nappies. And even allowing for Krzysztof Penderecki and Witold Lutoslawski, the two musical giants that followed Szymanowski into the world, it is not too much of a stretch to say that he was the most original composer Poland had produced since Chopin. His kaleidoscopic, richly perfumed music is not for every day (which may explain, in part, why it is so rarely performed), but for certain days, when you may fancy the aural equivalent of a warm bath, then surely this magician, who expressed perhaps better than any other the disjunction between harmonic density and luminous weightlessness of actual texture, is the man to explore those tensions?

A reverence for Chopin (essentially a miniaturist), which he shared with the rest of his countrymen, was interrupted in 1905 when he went to study in Berlin, and the grandiloquent shadows of Richard Strauss and Max Reger fell across his path – and remained there for many years, until the discovery of French impressionist music redressed the balance with an even stronger appeal. From this ‘middle period’, the reconciliation of these two orders in the imagination of a hypersensitive aristocrat, led to the sort of music that lovers of this composer revere: the extraordinary Violin Concerto No 1, all mystery and diaphanous textures, and, in the same year 1916, the equally amazing Symphony No 3 ‘Song of the Night’, scored for an enormous orchestra + organ, with a tenor soloist and mixed choir, singing in Polish. After his death, cocaine and morphine were discovered in his home, and listening to this music it is quite possible to imagine that this hedonistic artist may have used these drugs to heighten his unique creative skills. The symphony (like the concerto) is conceived in one movement; here are the last few minutes of it.

On a trip to Italy in 1911 the composer had visited Marinella di Selinunte in Sicily and seen the metopes, or reliefs, that were housed in the temple there [below]. 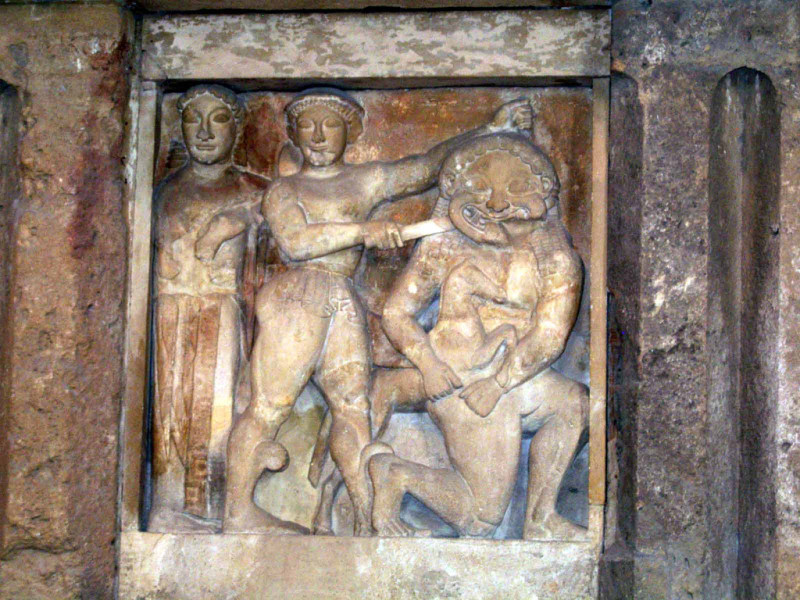 This inspired him, in 1915, to write a series of three tone poems for piano that draw upon Greek mythology. The once-distant influence of Debussy and Ravel here percolates to the surface in these extravagant, impressionistic studies. The first of them L’ile des Sirenes, is a musical vision of women with fish tails, their fatal singing bringing death upon seamen. It is played here by the Polish virtuoso Piotr Anderszewski.

Having been openly homosexual all his life (not easy in early 20th Century Europe), the activities of siren women, with or without fish tails, would not have interested the composer emotionally, but a fairly dissolute lifestyle, that took in heavy drinking and a sixty-a-day smoking habit eventually led to ill health and depression. His extraordinary opera Kol Roger, recently staged at Covent Garden, explores the tensions between the Apollonian and Dionysian world that the composer inhabited, and the sexually ambiguous character of the King surely had some resonance with this troubled voluptuary.  Although quite short, it is not an opera to dip into here, but composed concurrently with it was the fascinating ballet Harnasie, started in 1923 and completed eight years later. The music is heavily influenced by the Stravinsky of Petrushka, never more so than in the haunting aria that ends the ballet. Taken, as it is, from one of the folk melodies of the Tatra Mountains, the composer shows near-genius in being able to immerse the melody in a dissonant harmony, overlaying the poignant tenor voice; an exquisite moment.

From the same period (1927) comes the gossamer, ethereal world of the String Quartet No 2, and notice in this opening movement ‘moderato, dolce e tranquillo’ that we instantly sense the presence of Maurice Ravel, but at one remove, in music that could only have been composed by this obscure master, who made little attempt to fashion his work to reach a wider public. Personally, I doubt whether his music will ever fall into the mainstream, but for those with a taste for recondite art, have there ever been sounds more purely beautiful, than these?

Or, for that matter this, from the opening of the Stabat Mater, again from the mid 1920’s? This unquestionable masterpiece is, unlike many other meditations on Mary’s sorrows, an introspective work and, to my mind, the better for it. Mostly gentle, occasionally pained, it is a work that through its darkness, captures a strange, uplifting hope.

I cannot end today without a quick word about Jon Vickers, the Canadian Tenor who personified the term ‘heroic’ – in voice and appearance. When his death was announced last week, at the age of 88, the phrase ‘we will not see his like again’ came to me immediately, along with the regret that I had not seen him live more often than the Peter Grimes I witnessed in the 1980’s. Benjamin Britten famously hated Vickers in the role (hard to imagine a voice and presence further removed from that of Peter Pears), but so great is this opera that the title role can be played in many different ways, and has been. For myself, Vickers ‘inhabited’ Grimes in a way that I don’t expect to see or hear again. Here he is in another heroic role as Florestan, in Beethoven’s only opera Fidelio.

One thought on “Karol Szymanowski: An Esoteric Fragrance”