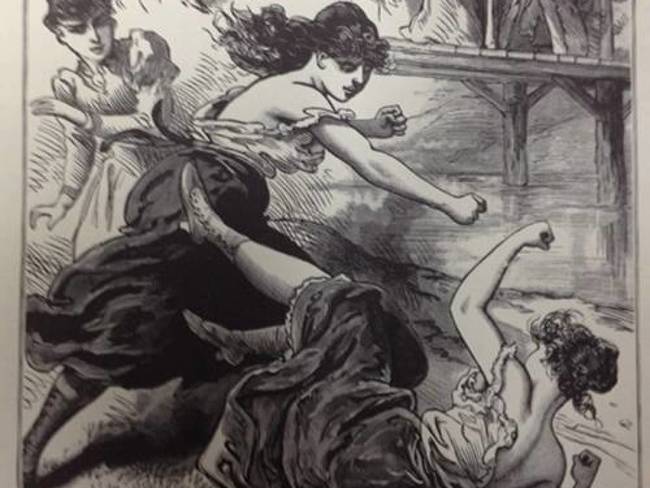 You wouldn’t want to mess with the subject of today’s weird Wikipedia article, discovered by the Dabbler’s own Wikiworm…

“It was her custom, after she’d felled an obstreperous customer with her club, to clutch his ear between her teeth and so drag him to the door, amid the frenzied cheers of the onlookers. If her victim protested she bit his ear off, and having cast the fellow into the street she carefully deposited the detached member in a jar of alcohol behind the bar…. She was one of the most feared denizens on the waterfront and the police of the period shudderingly described her as the most savage female they’d ever encountered.”

In the 2002 Martin Scorsese film Gangs of New York, a character, a female street gangster, Hell-Cat Maggie, played by Cara Seymour, is a composite of Gallus Mag, Sadie the Goat, and the real-life Hell-Cat Maggie.