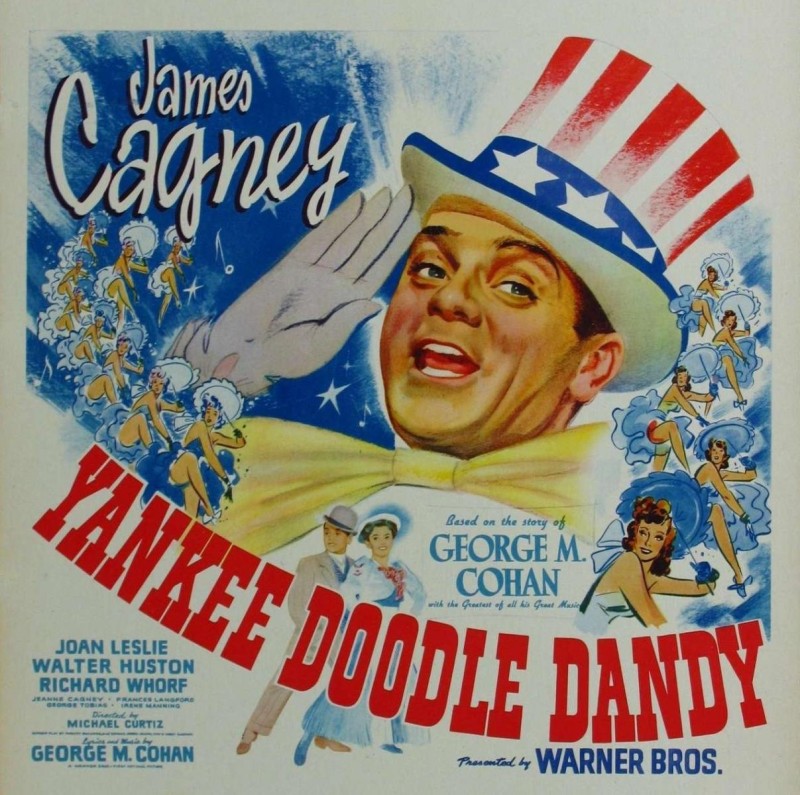 Why on earth did he call the feather ‘macaroni’ anyway? Or was he talking about the hat?…

In recent years I’ve spent a lot of time singing nonsense songs to my grandsons. Nursery rhymes and traditional children’s songs, often imperfectly remembered. So sometimes I make them up and improvise pure nonsense as I go. The other day I found myself singing the American patriotic song Yankee Doodle. This time I remembered the words exactly but, as if hearing them for the first time, it suddenly struck me what utter nonsense they are. What on earth does the song mean?

What’s a doodle? Why does the Yankee ride a pony instead of a horse? What does pasta have to do with it? Is it the pony, the feather, or the hat that’s called macaroni? And why? I decided to investigate. Through the wonder of Google Books I didn’t have to rely on Wikipedia. I could consult obscure nineteenth century music history tomes that in the pre-internet age would have been found only in the hallowed halls of academic libraries.

The answer to the Yankee Doodle puzzle turns out to be complicated, surprising, and very contentious. Scholars have argued a dizzying array of rival theories for centuries, attacking one another with a fixation on minutiae worthy of a Casaubon. For example, Oscar Sonneck, head of the Music Division of the Library of Congress in the early 20th century, wrote a learned, and rather tedious, tract considering sixteen different theories for the origins of the song. But there are a few points on which there is general agreement. The Amazing True History of Yankee Doodle takes us from the New World frontier of the French and Indian War, to the dissipated halls of a London gentlemen’s club, and, yes, to the humble Italian noodle. Most surprising is that a song sung by British troops to deride their colonial cousins should evolve into a patriotic American anthem during the Revolutionary War. The opening words “Yankee Doodle” are a double insult, combining the Dutch word for a rustic yokel with a colloquialism for a fool. Even worse, this country bumpkin could only afford to bring his farmyard pony to the fight, while the British sat astride their noble horses. Then comes the worst insult of all, “macaroni.” The name of a variety of Italian pasta had come to have a completely new meaning in late 18th century England.

This was the age of the Grand Tour, when young English gentlemen of means traveled the continent of Europe, picking up foreign fashions and mannerisms that shocked their elders when they returned home. They also brought back a taste for unfamiliar foreign foods, like macaroni. We may think of it as humble comfort food now but when first introduced in England it was considered exotic. It became the “in” food of the day, a sign of sophisticated taste and status. 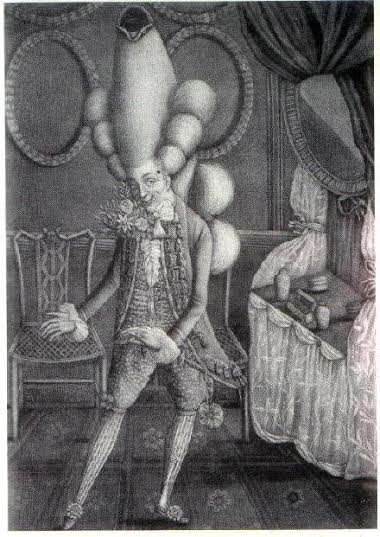 The fashionable macaroni-eating young men of London with their extravagant dress and continental affectations came to be called Macaronis. The word supplanted beau, fop, and fribble in popularity for a time, until it was itself displaced by dandy, a word that is also applied to Yankee Doodle in the chorus lines of the song. The defining characteristic of a Macaroni’s dress was his tall elaborately styled wig on top of which was perched, ridiculously, a tiny tricorn hat. In popular usage, as in the song, macaroni came to refer interchangeably to the person or his absurd headgear.

References to Macaronis began to appear in the plays, letters, and broadsheets of the time, for example in Oliver Goldsmith’s 1773 She Stoops to Conquer:

Give me the young, the gay, the men of spirit.
Ye travell’d tribe, ye macaroni train,
Of French friseurs, and nosegays, justly vain,
Who take a trip to Paris once a year
To dress, and look like awkward Frenchmen here.

Parents and guardians warned young men that espousing the Macaroni lifestyle would inevitably lead to ruin. In 1769 the Earl of Chesterfield wrote to his wayward nephew:

And if I should live till you are a man, what a cruel blow would it not be to me, to hear that like most of the young men of the present time, you passed yours in frivolous dissipation at the Macaronies.

The worried earl refers here to the Macaroni Club, reputedly one of the popular London gentlemen’s clubs whose members gathered for macaroni-eating, excessive drinking, and other dissipated activities barely imagined by their elders. Some scholars doubt that the Macaroni Club ever really existed as an organization, but another school of thought claims it was a club for homosexuals, perhaps the flamboyant Oscar Wildes of their day. Expressing social anxiety about sexual identity, this verse appears on a satirical print of a Macaroni dating from the 1770’s:

But Macaronies are a sex
Which do philosophers perplex;
Tho’ all the priests of Venus’s rites
Agree they are Hermaphrodites.

Armed with this cultural reference point, the smartly uniformed British troops arrived in the New World to fight in the French and Indian War. They were openly derisive of the colonials who fought alongside them. The Americans were scruffily dressed in buckskins and coonskin caps, certainly meeting the definition of country bumpkins. But they seemed strangely unaware of their own inferiority in the style department. They stuck a feather in their hat and were naive enough to think it made them as sophisticated as any Macaroni! A British surgeon named Richard Shuckburgh was the first to put this mockery into song, although there are many different versions, 190 known verses in all.

There is much arcane scholarly dispute over the origins of the tune. Some reference a Dutch harvesting song, though Oscar Sonneck spends many pages demolishing that theory. Others claim it was a popular New England setting for the rhyme:

Lucy Locket lost her pocket
Kitty Fisher found it
Not a penny was there in it
Only ribbon round it.

This sets our scholars off on a convoluted argument over whether Lucy Locket was, in addition to a character in The Beggar’s Opera, a barmaid at the Cock Pub in Fleet Street or perhaps one of the mistresses of Charles II. Likewise, was Kitty Fisher the famed courtesan painted by Sir Joshua Reynolds, or yet another mistress of Charles II. I suppose this is what passed for women’s history at the time. Lacking sufficient information just lay them in the bed of the philandering king.

Perhaps the strangest theory of Yankee Doodle’s origins traces it to the English Civil War. In 1841 a writer in the Boston Musical Reporter claimed it is based on a popular song from Charles I’s reign ridiculing Oliver Cromwell. The original title was “Nankee Doodle,” supposedly a nickname for Cromwell. He is said to have ridden into Oxford looking rather ridiculous on a very short horse and wearing a single feather in his cap. The story is easily discredited because the term macaroni was unknown at the time and, historians of the period agree, the dour Lord Protector would never have worn a feather.

There is no disputing the fact that by the time of the Revolutionary War the colonial upstarts had embraced the mocking Yankee Doodle as their own. This seems to me to express something fundamental in the American character. They were so cock-sure of themselves they couldn’t be touched by mockery; they just threw it back in the faces of their opponents with confident gusto.

I’m not sure Americans are like that any more.

One thought on “The Amazing True History of Yankee Doodle”