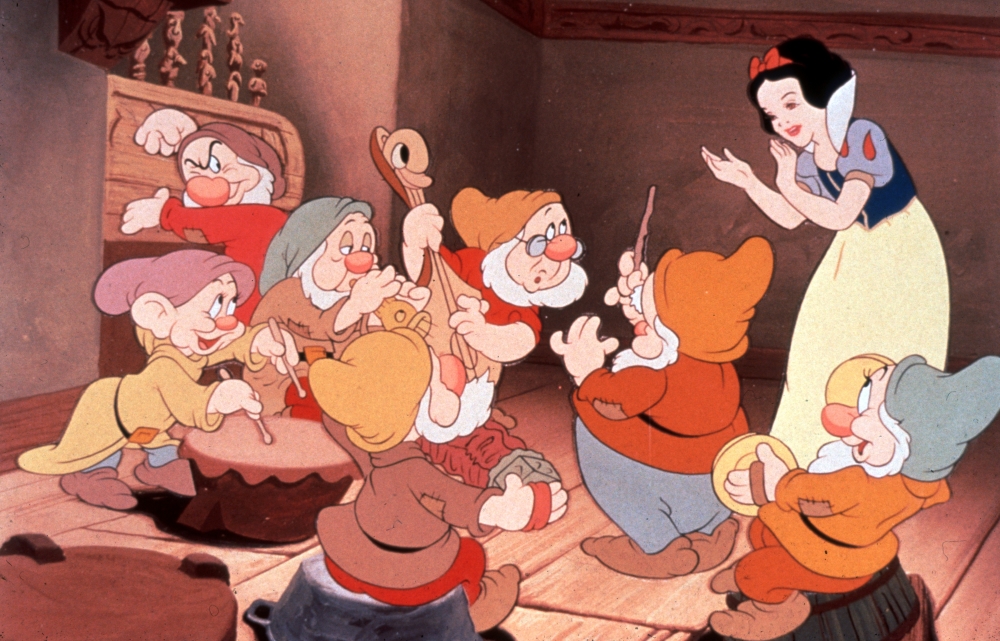 Just who was the mysterious ‘Eighth Dwarf’? Frank attempts to shed some light on this much-discussed question…

Over the years, there has been a great deal of discussion about the exact identity of the so-called “fifth Beatle”, as there has been regarding which pinniped deserves the title “the seventh seal”. Much less attention, however, has been paid to the “eighth dwarf” in that old yarn about Snow White. Most people are now aware, I think, that following a rebranding exercise the original seven dwarves were renamed Wretched, Spiteful, Incontinent, Wistful, Lippy, Rancorous, and Preening.

But who, oh who, was the eighth dwarf,  of whose presence one is made disturbingly aware in the interstices of the story, glimpsed, as it were, with peripheral vision, if at all? This is the dwarf we recall, if we recall him, chewing on brazil nuts, moaning, stuffing the pockets of his tunic with genetically modified seeds, stinking of vinegar, and hot to trot, daddy-o. He threatens, always, to undermine the trajectory of the story, almost as if he were some kind of postmodernist dwarf, heaven forbid.

It is for this reason that certain intellectuals have tried, long-windedly, to claim that his name is Roland Barthes, or Julia Kristeva, but this will not do, it will not do at all. I am not going to bother explaining why it will not do, because to do so would only lend credence to these harebrained swathes of inanity. If we are to remain sound of mind and with our feet planted firmly upon the ground of Reason, then we must withhold credence from these blathermouths, must we not?

So successfully does the eighth dwarf hide in the margins of the tale that many readers, and viewers of the film adaptation, do not notice him at all. No doubt that is why there has been so much less agonising over him than over the fifth Beatle and the seventh seal. To give an example, probably unnecessarily, but I will give it anyway, because that is the kind of chap I am, today in any case, a while ago I was at a function, it is not important what the nature of the function was, and I approached a gent who was sporting the kind of decisive cravat I admire, and, after introducing myself, I asked him point blank if he had any pet theory regarding the identity of the eighth dwarf. His eyes boggled, and he muttered something I could not quite hear, and then he turned away, pointedly, pointedly. A graceless git, to be sure, but later I learned he was discomfited by my query because, and this is the nub, he had no idea what I was talking about.

One of the fundamental objections to the idea that the eighth dwarf might be called Roland Barthes or Julia Kristeva is, of course, that both these dubbings comprise a first, or given name, what in more civilised times was called a Christian name, and a surname, whereas dwarves, at least the seven fellows in the story, have only a single word for their name, and that, be it noted, a descriptive one. This holds true both before and after the rebranding exercise.

It is unlikely that we are going to learn the identity of the eighth dwarf any time soon, but several lines of inquiry are being followed up by different scholars. Some of these will, I am sure, prove to be dead ends, but others might, just might, bear fruit. Nixon, for example, (not the ex-President, by the way, though I trust that is obvious) is in the jungles of Borneo, hacking at foliage with a machete and swatting flies with a fly-swatter, trying to track down something small and wearing gloves, last reported seen in 1974. It may not be a dwarf at all, of course. Meanwhile, elsewhere, Parpington is combing through every single volume on the shelves of the Library Of Diminutive Beings in Shoeburyness, hoping to light upon something factual, definitive, and unswerving. There are only six books in the Library, so it shouldn’t take him too long.

I will, of course, keep you fully informed of developments. Well, I say “of course”, but I might forget all about it for a few years, I can be like that sometimes, forgetful, of both important and unimportant things, of important dwarves and unimportant… what?… sultanas, raisins, prunes?