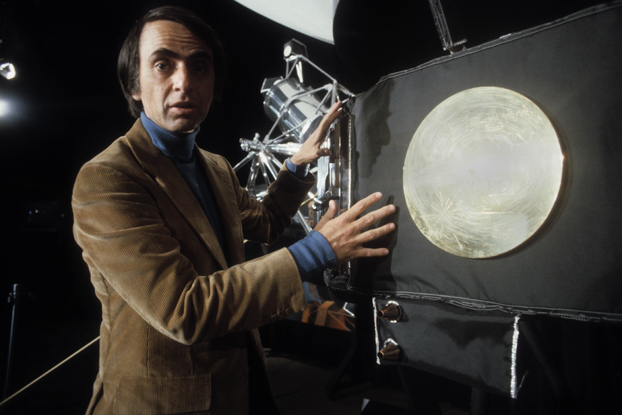 Will distant civilisations be impressed with earth’s most valuable piece of vinyl? And what will they be listening to if they find it? The Wikiworm investigates courtesy of this Wikipedia article…

The Voyager Golden Records are phonograph records which were included aboard both Voyager spacecraft, which were launched in 1977. They contain sounds and images selected to portray the diversity of life and culture on Earth, and are intended for any intelligent extraterrestrial life form, or for future humans, who may find them. The Voyager spacecraft are not heading toward any particular star, but Voyager 1 will be within 1.6 light-years of the star Gliese 445, currently in the constellation Camelopardalis, in about 40,000 years.

As the probes are extremely small compared to the vastness of interstellar space, the probability of a space-faring civilization encountering them is very small, especially since the probes will eventually stop emitting electromagnetic radiation meant for communication.

Carl Sagan noted that “The spacecraft will be encountered and the record played only if there are advanced space-faring civilizations in interstellar space. But the launching of this ‘bottle’ into the cosmic ‘ocean’ says something very hopeful about life on this planet.” Thus the record is best seen as a time capsule.

The Voyager 1 and 2 probes are currently the farthest human made objects from Earth. Voyager 1 has reached interstellar space, the region between stars where the galactic plasma is present. Like their predecessors Pioneer 10 and 11, which featured a simple plaque, both probes were launched by NASA with a message aboard — a kind of time capsule, intended to communicate to extraterrestrials a story of the world of humans on Earth.

This is a present from a small, distant world, a token of our sounds, our science, our images, our music, our thoughts and our feelings. We are attempting to survive our time so we may live into yours.

The contents of the record were selected for NASA by a committee chaired by Carl Sagan of Cornell University. Sagan and his associates assembled 116 images and a variety of natural sounds, such as those made by surf, wind, thunder and animals (including the songs of birds and whales). To this they added musical selections from different cultures and eras, spoken greetings in 55 ancient and modern languages, and printed messages from US president Jimmy Carter and U.N.Secretary-General Kurt Waldheim.

The collection of images includes many photographs and diagrams in black and white and colour. The first images are of scientific interest, showing mathematical and physical quantities, the Solar System and its planets, DNA, and human anatomy and reproduction. Care was taken to include not only pictures of humanity, but also some of animals, insects, plants and landscapes. Images of humanity depict a broad range of cultures. These images show food, architecture, and humans in portraits as well as going about their day-to-day lives. Many pictures are annotated with one or more indications of scales of time, size, or mass. Some images contain indications of chemical composition. All measures used on the pictures are defined in the first few images using physical references that are likely to be consistent anywhere in the universe.

The record is constructed of gold-plated copper. The record’s cover is aluminum and electroplated upon it is an ultra-pure sample of the isotope uranium-238. Uranium-238 has a half-life of 4.468 billion years. It is possible (e.g. via mass-spectrometry) that a civilization that encounters the record will be able to use the ratio of remaining uranium to daughter elements to determine the age of the record.

The records also had the inscription “To the makers of music – all worlds, all times” hand-etched on its surface. The inscription was located in the “takeout grooves”, an area of the record between the label and playable surface. Since this was not in the original specifications, the record was initially rejected, to be replaced with a blank disc. Sagan later convinced the administrator to include the record as is.

Voyager 1 was launched in 1977, passed the orbit of Pluto in 1990, and left the solar system in November 2004. It is now in the Kuiper Belt. In about 40,000 years, it and Voyager 2 will each come to within about 1.8 light-years of two separate stars: Voyager 1 will have approached star Gliese 445, located in the constellation Ophiuchus; and Voyager 2 will have approached star Ross 248, located in the constellation of Andromeda.

Of the eleven instruments carried on Voyager 1, five of them are still operational and continue to send back data today. It is expected that there will be insufficient energy to power any of the instruments beyond 2025. After that, the spacecraft will continue to orbit the Milky Way galaxy. 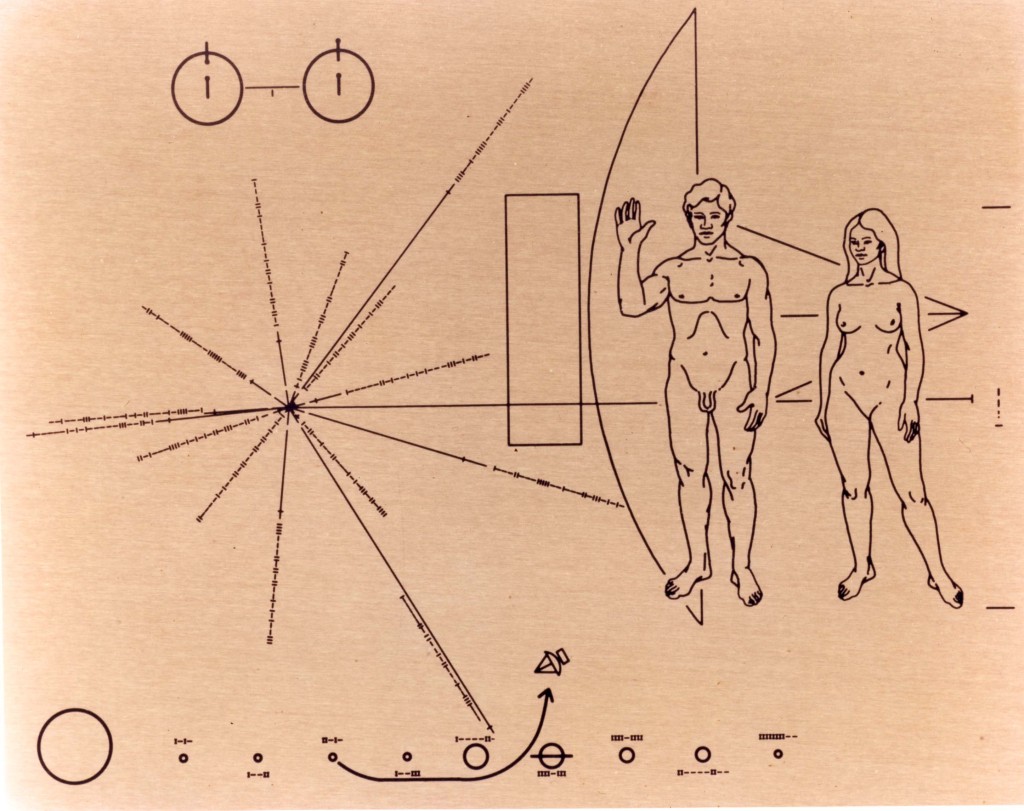 2 thoughts on “The Voyager Golden Records”