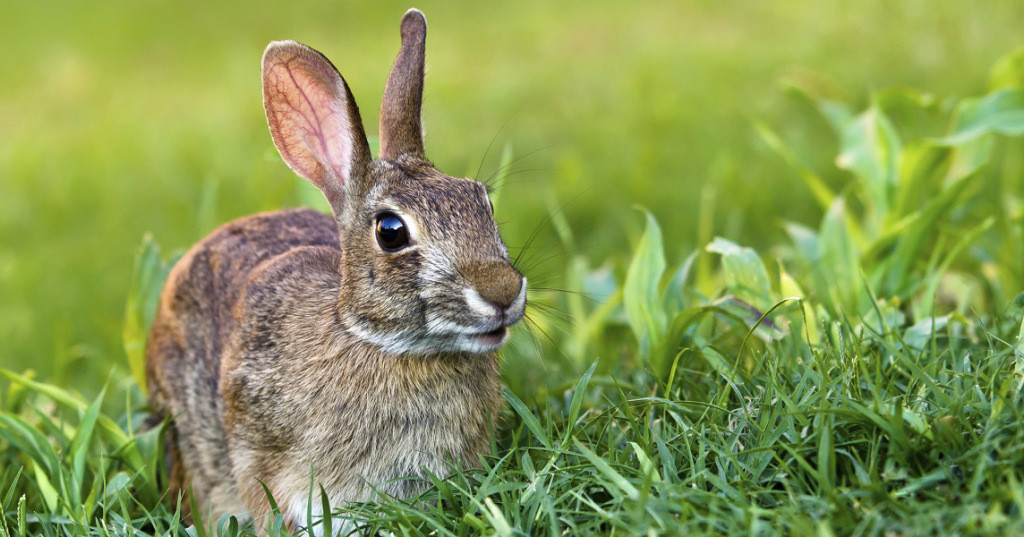 No, this isn’t some terrible tale about poor malnourished bunnies… Read on to find out more in this week’s weird Wikipedia article…

Rabbit starvation, also referred to as protein poisoning or mal de caribou, is a form of acute malnutrition caused by excess consumption of any lean meat (e.g.,rabbit) coupled with a lack of other sources of nutrients usually in combination with other stressors, such as severe cold or dry environment. Symptoms include diarrhoea, headache, fatigue, low blood pressure and slow heart rate, and a vague discomfort and hunger (very similar to a food craving) that can only be satisfied by consumption of fat or carbohydrates.

It has been observed that the human liver cannot safely metabolise much more than 285–365 g of protein per day (for an 80 kg person), and human kidneys are similarly limited in their capability to remove urea (a byproduct of protein catabolism) from the bloodstream. Exceeding that amount results in excess levels of amino acids, ammonia (hyperammonemia), and/or urea in the bloodstream, with potentially fatal consequences, especially if the person switches to a high-protein diet without giving time for the levels of his or her hepatic enzymes to upregulate. Since protein only contains 4 kcal/gram, and a typical adult human requires in excess of 1900 kcal to maintain the energy balance, it is possible to exceed the safe intake of protein if one is subjected to a high-protein diet with little or no fat or carbohydrates.

The groups that depend on the blubber animals are the most fortunate in the hunting way of life, for they never suffer from fat-hunger. This trouble is worst, so far as North America is concerned, among those forest Indians who depend at times on rabbits, the leanest animal in the North, and who develop the extreme fat-hunger known as rabbit-starvation. Rabbit eaters, if they have no fat from another source—beaver, moose, fish—will develop diarrhoea in about a week, with headache, lassitude and vague discomfort. If there are enough rabbits, the people eat till their stomachs are distended; but no matter how much they eat they feel unsatisfied. Some think a man will die sooner if he eats continually of fat-free meat than if he eats nothing, but this is a belief on which sufficient evidence for a decision has not been gathered in the North. Deaths from rabbit-starvation, or from the eating of other skinny meat, are rare; for everyone understands the principle, and any possible preventive steps are naturally taken.
During the Greely Arctic Expedition 1881–1884 a harrowing experience of 25 expedition members, of whom 19 died, Stefansson refers to “‘rabbit starvation’ which is now to me the key to the Greely problem,” which was why “only six came back.” He concludes that one of the reasons for the many deaths was cannibalism of the lean flesh of members who had already died. Stefansson likens this to rabbit starvation, which he explains somewhat as in the above quoted observation.

Charles Darwin, in The Voyage of the Beagle, wrote:

We were here able to buy some biscuit. I had now been several days without tasting any thing besides meat: I did not at all dislike this new regimen; but I felt as if it would only have agreed with me with hard exercise. I have heard that patients in England, when desired to confine themselves exclusively to an animal diet, even with the hope of life before their eyes, have hardly been able to endure it. Yet the Gaucho in the Pampas, for months together, touches nothing but beef. But they eat, I observe, a very large proportion of fat, which is of a less animalized nature; and they particularly dislike dry meat, such as that of the Agouti. Dr. Richardson, also, has remarked, “that when people have fed for a long time solely upon lean animal food, the desire for fat becomes so insatiable, that they can consume a large quantity of unmixed and even oily fat without nausea:” this appears to me a curious physiological fact. It is, perhaps, from their meat regimen that the Gauchos, like other carnivorous animals, can abstain long from food.