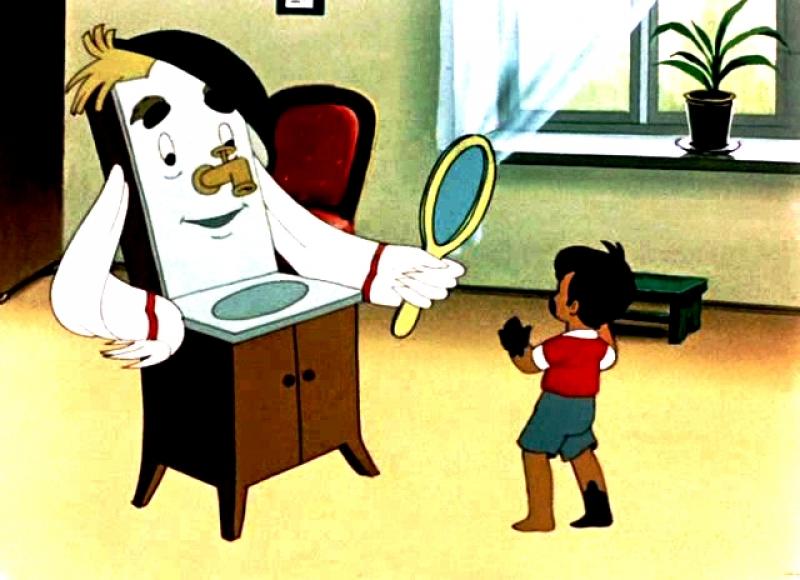 A terrifying Russian fairytale in which a child is pursued by a talking wash basin? Just another weird Wikipedia article unearthed by the Wikiworm for the Dabbler…

Moydodyr is a Russian poem for children, written in 1923 by Korney Chukovsky about a magical creature by the same name. The name may be literally translated as “Wash’em’clean”, or “Clean ’til Holes”.

The poem is about a small boy who does not want to wash. He gets so dirty that all his toys, clothes and other possessions decide to magically leave him. Suddenly, from the boy’s mother’s bedroom appears Moydodyr—an anthropomorphic washstand. He claims to have powers over all washstands, soap bars, and sponges. He scolds the boy and calls his soap bars and sponges to wash him. The boy tries to run away, chased by a vicious sponge. The chase is described as happening on the streets of Petrograd. Finally they meet another recurring character from Chukovsky’s books—the Crocodile. The Crocodile swallows the sponge and becomes angry with the boy for being so dirty. Scared by the Crocodile, the boy goes back to Moydodyr and takes a bath. The poem ends with a moralistic note to children on the virtue of hygiene.

The Moydodyr character became a symbol of cleanliness in Russia and is often used to advertise detergents and other products.