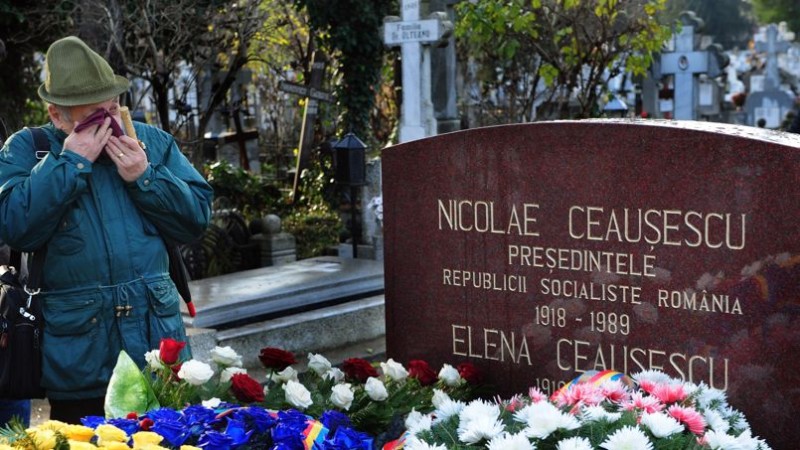 When she was a teenager Misti Traya travelled from America to spend three months working in an orphanage in Romania. This is what happened to her…

When I was 15, I went on a mission of mercy.  My mission was this:  Dear God, please let the Ivies have mercy on my mediocre SAT scores and please let it be Harvard or Brown.  And so I put on my most altruistic face and most sensible shoes and spent 12 weeks working in an orphanage in Transylvania in the tiny town of Făgăraș.

This trip was not part of a program where I’d meet kids from around the world to celebrate diversity even though everyone’s parents only ever stayed at the Four Seasons.  I would not have a Parisian roommate who wore Lanvin by day and slept with a stuffed toy frog at night.  I would not play lacrosse in lightning bug lit fields nor flirt with boys in the common room.

This was not rich kid summer school.  This was post-Ceaușescu Romania and this goodwill tour was the price I had to pay for not being shiny enough on paper.

My parents organized my travel via my aunt’s former facialist, Monique.  She had recently left America to go back to Romania.  During Ceaușescu’s Communist regime, her parents were thrown in jail.  She and her siblings were put in different orphanages.  In the mid 90s, the Romanian government tried to redistribute the wealth to the rightful owners but there was one caveat.  You had to be a citizen.  That’s why she returned and that’s why for a sum unbeknownst to me she told my parents she’d be my cultural attaché.

The first morning I awoke it was not because of church bells but because of a ranting Romani woman who had broken down the door.  She accosted me on the sofa where I had been sleeping and screamed at me.  Monique rushed out of her room, grabbed a mop and forcibly pushed this woman out of the flat.  Still wielding said mop, she turned to me and casually asked if I wanted breakfast.

Our meal was an aspartame based instant coffee mix prepared with goat’s milk.  Sickeningly sweet yet stinkingly goaty.  Monique explained that she had given this woman, this tzigane, some clothes and that now she kept coming back demanding more or complaining about the quality of what Monique had charitably passed on to her.

After she washed our mugs, Monique gave me a key and pointed out the window.  “Town is that way.  You should be back by dark.”  She was leaving me.  What did she expect me to do all day?  I was 15, still technically a child.  In an apartment with a busted door.  In a town where I’d never been.  Without a map.  In a country where I didn’t speak the language.  I thought this had to be child abuse.  At least in the Western world.

I decided to wash off the staleness of two days’ travel.  Of course, there was no hot water.  Later I’d learn there wasn’t ever.  I had to be washed cold in the tub just like my clothes.  I worried about the freshness of my socks and under things.  I wondered how long the scent of Snuggle fabric softener would linger.  And whether or not the creases Lucy ironed into my trousers would stay.

In town everything looked bruised.  The people.  The land. The scant rotting fruit vendors were selling.  Smoke rose in the distance and a wind from the north brought the stench of molten tar with it.  I felt sick.  Still my stomach rumbled.

I saw a corner shop and went inside only to discover there was nothing to buy.  I had never conceived of such a situation.  For a moment I thought I’d died and woken up in an Ionesco play.  But there I was very much alive and wearing a money belt stuffed with cash that couldn’t buy me a thing.  I left disheartened and hungry and in search of the orphanage.

At the Casa de Copii, I met Maria.  She stood out from the others.  Not just because they were all Roma and she wasn’t but because of her hurt.  It was new.  She never cried but I saw it flood the pools of her fathomless blue eyes.  She had only been at the orphanage a month.  Where the others had grown up there and couldn’t remember any other life, Maria still had memories outside those walls.

One evening, by the orphanage’s gates, there was a girl slightly younger than me.  She was very interested in what I was doing.  She spoke Romanian, German, some English and some French.  Between the last two, we understood most of what the other said.  Her name was Ella and she became my friend.  She lived with her grandparents who never left their home as her grandfather was one of Ceaușescu’s right-hand men and thought it safest to live out his days in isolation.

Ella started going to the orphanage with me and it was she who told me about Maria.  “Maria says her father died and her mother couldn’t afford to keep her.  First she sold everything, including Maria’s father’s piano.  Then she took her here and promised to come back when she had enough money.  But Maria doesn’t think she’ll return.  She has a baby sister and her mother didn’t give her up.  She thinks her mother’s boyfriend didn’t want her.  He’s the baby’s father.”  Maria’s story was a child’s nightmare or the narrative of a Roald Dahl book.  It wasn’t supposed to be real life.  I decided she was my favorite.

There was a piano at the orphanage.  Old and out of tune.  Lots of girls banged away at its keys.  Maria never played.  Then one day during lunch, she did.  She just got up from her place at the table and walked to the piano.  There was no stool so she stood and started playing Debussy’s Clair de Lune.  The way she played it was like listening to something beautiful get swept out to sea.  When she finished, she looked up and smiled.  At me.  It was the first time I ever saw her happy and I’m ashamed to say I left for home in a flood of tears.

Monique’s apartment smelled of sulfur when I entered.  She had found a red coiled thread in the kitchen that afternoon and knew it was a gypsy curse.  She went to Brâncoveanu Monastery in Sâmbăta de Sus and sought the counsel of a monk.  He told her to visit a yelle, a witch, down the Olt River.  The yelle instructed her to urinate on the string and burn it then bury the ashes.  I came home in the middle of this procedure.

By the end of my trip, I had dispensed of almost all my money.  I spent it on trinkets and clothes for the girls.  I spent it on berries if I was lucky enough to see Rom selling them at extortionate prices on the side of the road.  I gave it to Roma children whose parents forced them to beg and would slap them in front of you if you didn’t give them enough as a ploy to emotionally manipulate you into giving more.  I spent it on a train ride to Budapest the day I was so overwhelmed I needed to run away.

On the train ride back, I sat next to a doctor.  She was a literature professor and she told me that Romanian witches’ curses cross seas.  She asked if I wore a charm to ward off evil.  When I said that I did not, she took off her necklace and gave it to me.  On it was an amulet in the shape of a fish, gold and lapis lazuli.  I wondered how someone so educated could be so superstitious.  Then I thought about all I had seen.  And how perhaps when there is no explanation for the circumstances around you, it’s impossible not to question the existence of God or why he plays favorites and why none of them live in Romania.