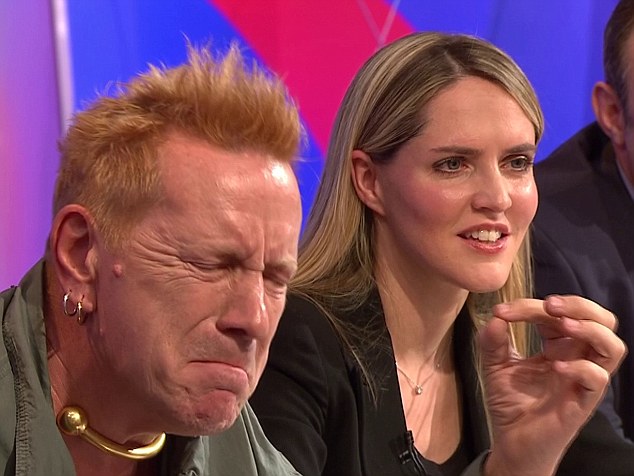 All you need is rage, says Frank, who has discovered that ill-tempered ranting is the secret to a long and happy life…

In the pub one evening, many many years ago, I delivered myself of a magnificently intemperate tirade of loathing about … oh, who knows what?, someone or something that had exasperated me. One among the company, a woman a few years older than I was, turned to me, placed a placating hand on my arm, and explained in a mellifluous voice that hate was a negative emotion and a waste of energy. She did not quite quote Lennon at me – “all you need is love” – but that was the gist of it. Now, I was young and foolish – and drunk – so her words had a startling effect on me, and I resolved thereafter to eschew hate in favour of love. No longer would I cast anathemas upon the asinine and the contemptible. I would be open-hearted and bountiful and positive.

I cannot recall how long I remained in this delusional state of mind, but I am now of an age where the letting off of steam and the babbling of invective are among the great pleasures in life. I can now see my friend’s advice for what it was – hippy-dippy twaddle. The only drawback is that one risks becoming a bore, either by rattling on about the same old topics, or ranting about the very same things that others have ranted about with spectacular virulence. For example, every time I hear a politician or pundit or spokesperson use the phrase “going forward”, I react violently. But others have picked up on this contemporary verbal bubo, as they have with “diverse ‘n’ vibrant”, and similar poltrooneries.

It should be noted here that a lack of proportion in one’s response is a key part of the pleasure involved in railing against things. We all lament poverty and war and hunger and pestilence and Paul “Bono” Hewson and Russell Brand, of course, so tiptop moaning has to be aimed at the lesser annoyances. Thus I would like to turn your attention to a couple of modern British plagues which, as far as I am aware, have so far escaped due attention.

I do not know who first started referring to the NHS as “our NHS”, though I would like to be able to blame Shadow Health Secretary Andy Burnham. I have never forgiven him for expressing the  desire (since realised, alas), when he was Secretary of State for Culture, Media and Sport, that public libraries become places “where people can chat and snack”. For that alone, he is cast into the pit. Whether or not he began the “our NHS” horror, it has since spread inexorably, to the point where hardly any politician, of any stripe, now dares use the neutral definite article. Use of the personal pronoun is now a badge which announces, queasily, “I care!” The NHS is “ours” in precisely the same way that every single government institution is, but nobody ever deems it necessary to refer to “our House of Commons” or “our  Ofsted”. Of late, I have been leading my own small fightback by saying “our Trident”, particularly when talking to those I suspect of Green tendencies.

There is something twee and infantile about “our NHS”, and it is even more marked in the current ubiquity of the use of the word “mum” instead of “mother”. “Mum” is – or ought to be – a term of affection, addressed to one’s own mother, unless of course one happens to be a child of A.S. Byatt, all of whom commendably call her “A.S. Byatt”. In recent years, however, all mothers are referred to as “Mums” (as in the website Mumsnet). All mothers, therefore, no matter if individually they might be hopeless or feckless or borderline psychotic, are somehow granted a special loving, caring quality. It is unimaginable, today, that a children’s television programme would be called Watch With Mother – though no doubt Watch With Childminder or Gaze Vacuously While Mum Chats On Her Phone would be the “appropriate” titles for such a show.

I placed “appropriate” in inverted commas because it is another word sabotaged by modern usage. But as I indicated, others have already hurled abuse on it – in this case Peter Hitchens, who memorably suggested we might drop “appropriate and inappropriate” in favour of good old-fashioned “right and wrong”.

7 thoughts on “Letting Off Steam”