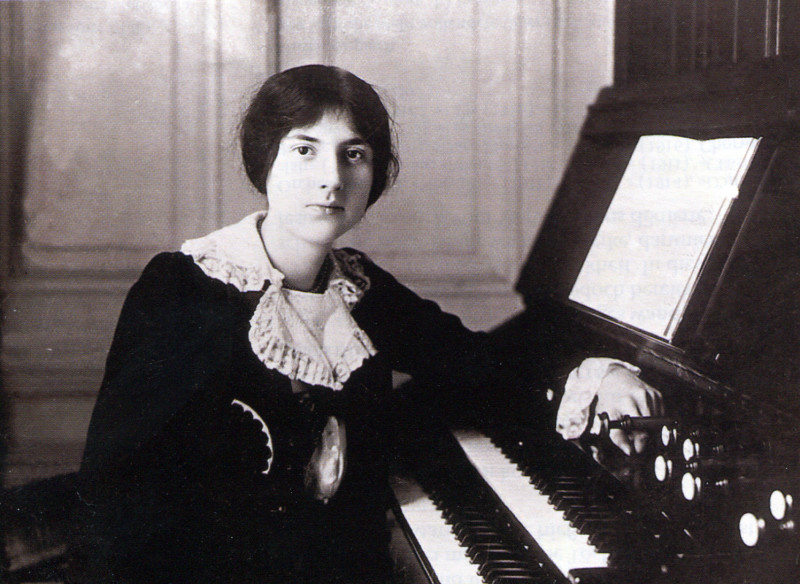 Is serious music a man’s game? Not necessarily, says Mahlerman…

Back in 2006 Nicholas Kenyon, then Controller BBC Proms, received an unmerciful kicking in the press and elsewhere for not including a single work by a woman in that season’s programmes.  And even when the compositions of women do appear, they represent a very small proportion of the whole, and are dotted about rather in the manner of an afterthought: an arriere pensee perhaps?  Is this fair?  Are women composers, to put it bluntly, any good?  The pugnacious Thea Musgrave, happily still with us, was in no doubt  – ‘Music is a human art not a sexual one.  Sex is no more important than eye colour’.  And on another occasion: ‘Yes, I am a woman – and I am a composer….but rarely at the same time’.  It is a bigger and more multi-faceted question than we can deal with here but, for myself, when I hear almost anything by, say, Beethoven, it seems to me to be intensely masculine.  However, listening to Chopin, or even some Mozart, I am less sure of my ground.   The greatest ‘put-down’ in musical history came from the father of both Felix and Fanny Mendelssohn, Abraham, in a letter to Fanny: ‘Perhaps for Felix music will become a profession, while for you it will always remain but an ornament; never can and should it become the foundation of your existence’.

At the end of the 12th Century when the building of Chartres Cathedral began, a sickly girl was born to a family of minor German nobility three hundred miles away in Bermersheim in the Rhineland.  When she died almost 81 years later, the Cathedral had been completed, and this waif had become one of the most important figures in the history of the Middle Ages, the ‘greatest woman of her time’.  Her name was Hildegard von Bingen.  Her polymathic skills as a mystic and philosopher were quickly recognized, as was her prose and poetry – but it was her musical skills as a monophonic composer of genius, living in an age when musical notation was relatively new, that has made her name in Europe and America over the last 30 years, and allowed us to hear her visionary music pretty much as she would have done over 800 years ago.  Here, the mesmerizing De Sancta – O Splendidissima Gemma, Antiphona for soprano with recorders, violin and lirone, a multi-stringed instrument similar to a viol, and used to produce the distinctive ‘drone effect’.

Born in revolutionary Petrograd in 1919, it is not immediately obvious that Galina Ustvolskaya should appear on the same page as Hildegard von Bingen, but a closer inspection might reveal that although the tools and the methods  show no links, both women were heading in much the same direction.  A pupil of Dimitri Shostakovitch, she fell under his influence as a young woman, but the master soon realized that his charge was something rather special, and in a later letter to her he stated that – ‘it is not you who are influenced by me; rather it is I who am influenced by you’   He went further, proposing marriage to the young woman when his first wife Nina died.  She turned him down.  I struggle to describe her music.  She is unquestionably a modernist – but her music is predominantly tonal.  There are huge and violent dynamic contrasts, cluster chords, and stark dissonance;  quadruple forte and quintuple pianissimo abound. And yet you never sense that this woman is striving for effect, more that she is simply unwilling to compromise on her extreme vision.  Here she is in 1958, a period of relative aural-calm,  in the closing pages of her Symphonic Poem No 1 (Lights in the Steppe).

Ustvolskaya died in 2007 at nearly 88.  Her Tatar countrywoman Sofia Gubaidulina is still breathing God’s air in her early eighties, and urgently productive.  Her Johannes-Passion premiered in 2000, has been called the greatest work of Christian piety in our age and, having heard it several times (once live), I am happy to fall into line behind that statement.  Following de Lassus, Byrd, Schutz and Bach would, you imagine, be quite a daunting prospect, but this woman did not flinch, producing a deeply sombre 100 minute masterpiece.  More composers than you can shake a stick at, have attempted to create their own version of The Seven Last Words of Christ, most famously Joseph Haydn.  Earlier in her career (1982) this single-minded Russian composed her own purely instrumental version as Sieben Worte, for cello, bayan (a Russian button-accordian) and strings.  Here, the last movement to a vid, not of dance but of Eurythmy, an ‘expressive movement art’ conceived by the philosopher Rudolf Steiner in 1911.  Perhaps there is a Dabbler out there who can throw some light on this 100 year old art form that, until a few moments ago, I had not even heard of?

On September 12th 2010 I posted my first Lazy Sunday, and the first vid was a marvellous, faded recording of Monteverdi’s Zefiro Torna by a small ensemble put together by the French pedagogue and composer Nadia Boulanger;  Madame Boulanger played the lilting piano.  She was born in Paris in 1887, and almost six years later her sister (Marie-Juliette Olga) Lilli arrived.  Though not ‘the first important woman composer’  that sister Nadia declared her to be, Lili Boulanger left enough wonderful work behind her when she died, aged 24, that it could truly be said that no other composer, man or woman, has died so young and achieved so much.  Suffering ill-health almost permanently she nevertheless became the first woman ever to win the Prix de Rome, the greatest composition prize offered in France. There is a sense in almost all of her music that this delicate girl was preparing in life, for an early death – and her end came after she composed the touchingly beautiful Pie Jesu, sung in this extraordinary recording by the boy soprano Alain Fauquer, with obbligato organ, and the Lamoureux Orchestra conducted by the great Igor Markevitch.  You may need a hankie.

A version of this post first appeared on The Dabbler in October 2012. Mahlerman is currently away.