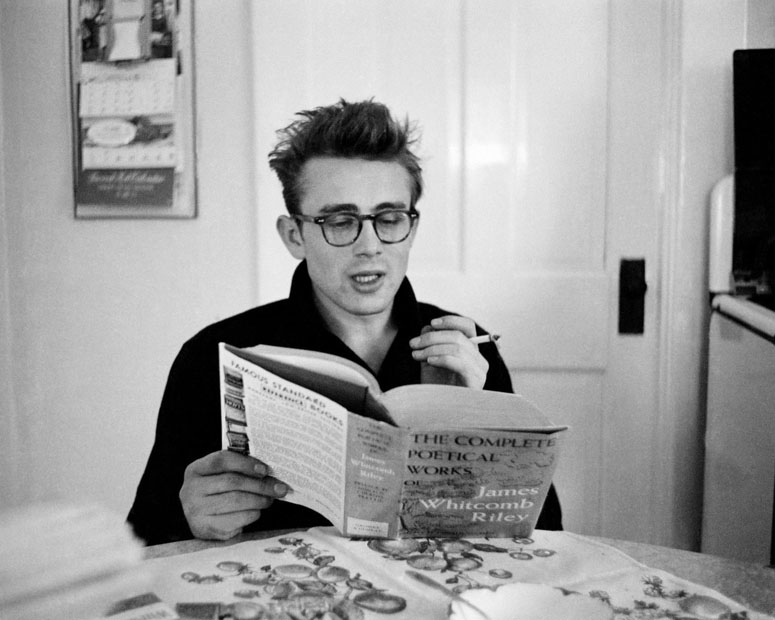 My wife had a teenage crush on James Dean. She confided it to her father who latched onto the idea and bought her anything he could find bearing the beloved likeness. Grateful for his generosity, she came to regret sharing that bit of information. Her bedroom was slowly transformed. James Dean books and videos, mugs, and knick-knacks colonized her shelves and the tops of her dresser and nightstand. Wall décor of her own choosing was exiled farther and farther into the corners with the arrival of each new poster. By the time she’d outgrown her infatuation, she was the reluctant priestess of a shrine dedicated entirely to the perpetual adoration of the Rebel-Without-a-Cause.

It once came to the attention of my father-in-law that I enjoyed an occasional cigar. Soon they began to multiply in my hands. I was given two or three at each visit. He returned from a cruise to Puerto Vallarta and presented me with a dozen Cubans he’d smuggled through customs, for which I thanked him heartily. But his inclination to give me cigars soon outpaced my inclination to smoke them. I had a raucous bachelor party’s supply of them in my sock drawer pining away for the flame, desiccating for lack of a proper humidor. Then one day I came home from work to find a package waiting. I opened it and discovered inside a veritable Wunderkammer of gloriously banded and beribboned cigars of all shapes, sizes and varieties: Cohiba, Cu Avana, Man o’ War, Gurkha, Indian Tabac, Rocky Patel, La Flor, Joya de Nicaragua, Romeo y Julieta, H. Upmann, etc. He’d found a deal too good to pass up. There were over seventy-five in all.

“It’s James Dean all over again,” said my wife.

That was a number of years ago. I don’t smoke cigars anymore. The day of my last cigar I’d driven to a vista point in the hills to light up one of my rich, chocolate colored Gurkhas. Watching a group of retirees pilot remote controlled single-prop barnstormers over the parking lot, I lost track of my puffing and gave myself a severe case of nicotine poisoning. To keep from retching and passing out I had to lie down on the grass, breathing deeply, sweating and shivering for an hour before I was able to stand up. After that, I swore off smoking. The thought of it turned my stomach.

I admit, however, the romance of tobacco. It’s more than just the Hollywood glamour of monochrome swirls on celluloid. Tobacco smoking is a quintessentially Western Hemisphere pastime with an ancient pedigree. While the Achaians set fire to Troy the Anasazi were pleasurably smoking the tobacco leaf. While Norman knitters were embroidering the Bayeux Tapestry, Mayan sculptors were carving petroglyph images of pipe-smoking priests. And of course we’re all familiar with the peace pipe’s ritual use among North American tribes, to aid meditation or symbolically seal pacts and alliances. As a member of a family with more than ten generations on this continent and in whose children some measure of Native American blood is mixed, tobacco smoking is for me a quiet way of illustrating my personal allegiance to the New World.

It wasn’t until smoking was popularized in Europe that it met with any objections. England’s King James I was perhaps the most famous early detractor. He instituted a 4000% tax on tobacco to stamp out the barbaric practice. He considered it, as he wrote in his Counterblaste to Tobacco, a “filthie noveltie,” a custom that was

lothsome to the eye, hatefull to the Nose, harmefull to the braine, dangerous to the Lungs, and in the blacke stinking fume thereof, neerest resembling the horrible Stigian smoke of the pit that is bottomelesse.

Which is about as subtle as most of the anti-smoking rhetoric peddled these days. But despite King James’s prescient estimate of the health dangers of smoking, the prohibitive taxes and the Counterblaste failed. Soon afterward the crown saw its mistake and turned the tobacco trade into a lucrative government monopoly.

If I’m a failed smoker it’s not because I haven’t tried. In the years immediately following college and well before the Affair of the Chocolate Gurkha, I strove to become a cigarette smoker. German-made Botschafter cigarettes were my favorites, but I lacked the budget and requisite capacity for addiction, and anyway didn’t like the way it made my fingers smell. Plus, with mass-produced cigarettes one has all the toxic additives to worry over and the guilt about second-hand smoke. Add to that the taxes on cigarette sales in the United States (which are fast approaching King James levels again) and it’s a wonder anyone bothers at all.

I was given one more chance to be a smoker, however, and I kept it up for little while. My son inherited his grandfather’s compulsion to gift me with tobacco products. For Father’s Day one year he insisted I ask for a pipe as a present from himself and his sister. His Papa, he thought, ought to be a pipe smoker. (He wanted me to grow a beard too; eventually we figured out that he was modelling me on Charles Ingalls from the Little House on the Prarie books.) I told him I might prefer a professional massage, but he begged me to ask for a pipe instead. So we marched into the local pipe shop where I presented myself at the counter:

“I aspire to being a pipe smoker,” I said, and pointed to my son. “Or at least, he insists.”

I was fitted out with a handsome Savinelli briar pipe, a bundle of cleaners, a three-function Czech pipe tool, and a mild custom blend of tobacco which, to the nose, was something like a pleasantly drinkable Cabernet: vaguely sweet, somewhat leathery, aromatic as light incense. I gave the pipe its maiden smoke on the balcony with my children and their mother looking on. I packed the bowl and lit it. My son was laughing with excitement. My daughter called me a dragon each time I belched out a mouthful of smoke. The traces of nicotine danced away in my head and sang pleasantly. The light of the setting sun took on a hue of linseed oil as it filtered through the willows. The oleanders bobbed in a light breeze and the doves cooed softly from a neighbor’s roof. I sighed, relaxed, and suddenly, briefly, there it was: the potent, happy mystery of being human, of being alive.

“Well, what do you think of it?” my wife asked.

2 thoughts on “The History of Smoking”