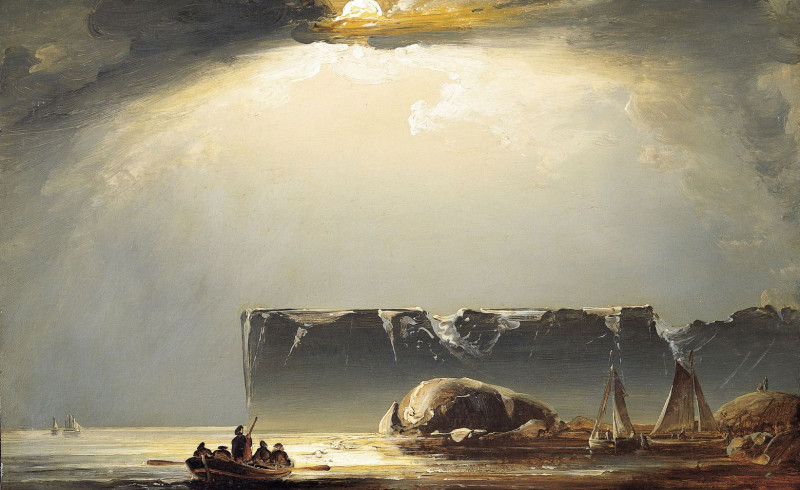 Nige is blown away by Norwegian painter Peder Balke’s masterly seascapes, in an exhibition currently showing at London’s National Gallery…

I admit I’d never heard of Peder Balke before reading about this exhibition. Balke was a Norwegian painter (1804-87) whose mature style was so heavily criticised in his day that he gave up painting for public display and got on with being a distinguished citizen of Christiania (Oslo), active in the Norwegian labourers’ movement and in the fight for universal suffrage. But he carried on painting, and his work gradually began to be rediscovered in the 20th century.

Now Balke is regarded as one of Norway’s 19th-century greats and – where he is heard of at all – as a fascinating figure in the development of landscape painting into increasingly free, increasingly abstract styles.

He has been well served by the National Gallery exhibition, which is on a small scale and thoughtfully hung in the airy and always pleasant Sunley Room. It’s the very antithesis of the Rembrandt-style subterranean blockbuster: even on a Sunday afternoon, there was nothing resembling a crowd and it was possible to wander freely and spend as long as you liked with each picture – and that was quite a long time, for these are extraordinary works.

The display begins, cleverly, with four paintings of what is essentially the same view – the North Cape, at the northermost tip of Norway, viewed from the sea. Three are relatively early, from the 1840s, and display Balke’s fluid brushwork, deft use of impasto and easy mastery of light – especially moonlight – and sea and sky. 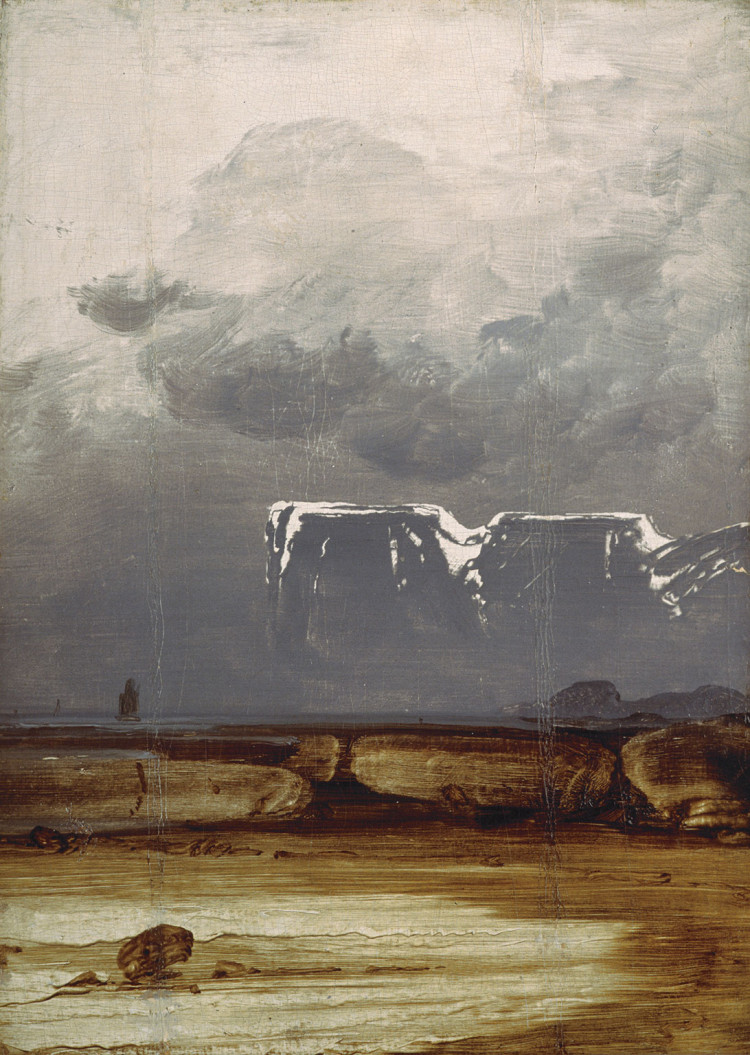 They are fine paintings by any standards – but the fourth, a large canvas dating from the 1870s, is something else altogether. In this one, which seems filled with light, the scene has been reduced to delicate washes of blacks, greys, whites and blues from which emerge forms of rocks, ghost-like boats, the distant Cape itself, a pale cloud. In its delicate brushwork and reduction of the scene to a few eloquent essentials, the effect is strangely reminiscent of Chinese landscape painting.

That group of four paintings offers a striking epitome of what we see unfolding through the rest of the exhibition, as Balke develops his extraordinary style. At one point he makes his seas creamy and clotted with impasto, against mountain backgrounds more thinly painted with broad but perfectly controlled sweeps of the brush. Later, he turns to black and white , working often on a very small scale and becoming ever more brushy and abstract in his depiction of stormy seas, jagged rocks and soaring mountains.

In a pair of wonderfully deft miniatures he depicts the Northern Lights – in black and white, in a composition that is all horizontals and verticals. (Oddly, when he turns his attention to inland views, the results are rather generic Romantic landscapes – he was a painter who needed the sea to unleash his genius.) 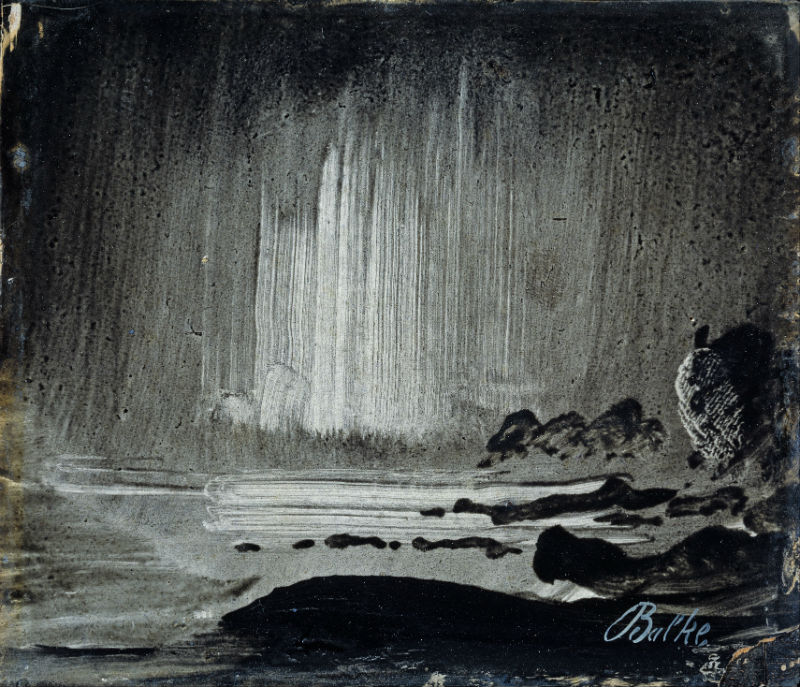 After all the storm-swept darkness and towering, wave-lashed cliffs, the exhibition ends beautifully with another picture full of light, in which a boat is rowed across a calm sea of blue and gold, under a wide luminous sky, to a safe haven. It’s a glorious painting, and the perfect end to an exhibition that really must be seen – it is truly a revelation.

And there’s still plenty of time to see it – it’s running till April 12th.

3 thoughts on “Peder Balke at the National Gallery”