The days of our years are threescore years and ten; and if by reason of strength they be fourscore years, yet is their strength labour and sorrow; for it is soon cut off, and we fly away.

I prefer the King James version of this old saw to some of the modern variants (‘Seventy years are given to us!’) that have percolated up from the tree-huggers and carbolic soap users, and as I approach this biblical milestone (millstone?), and remember how unlikely it looked a few years ago that the train would pull into the station, I found myself thinking again about the great Finn Jean Sibelius, who lived for 91 years (surely the best ad imaginable for whisky and Cuban cigars), and yet spent the last thirty-odd of those years writing little or nothing.

He died in 1957, but his single-movement final symphony dates from 1924. Did he exhaust all the music that was inside – or did the insidious creep of old age simply remind him that the creative flow is not infinite? I like to think that, having created a body of work unmatched in the 20th Century, he had enough intelligence and self-knowledge to know that anything he did after 1930 would fall into the shadow of what had come before, a fact confirmed by the auto-da-fe that consumed the manuscript of his eighth symphony in the mid-1940’s, quite possibly one of the greatest losses to serious music known to us. Today we look at some oldsters who were determined to remain on the mortall coile until the cupboard was bare.

Except perhaps for Giuseppe Verdi, who in his 74th and 80th years produced Otello and Falstaff, two imperishable masterpieces, I cannot think of another composer in numerical old-age to put alongside our own Ralph Vaughan Williams.  He was 85 when he died in 1958, and the ink was hardly dry on the curious 9th Symphony, his last utterance in symphonic form, full, as it was, with life and brio. This work followed upon the heels of the brief and extraordinary Symphony No 8 in D minor; listening with no knowledge, you would mistake this piece for the work of a thirty-year old – not a man of 83. 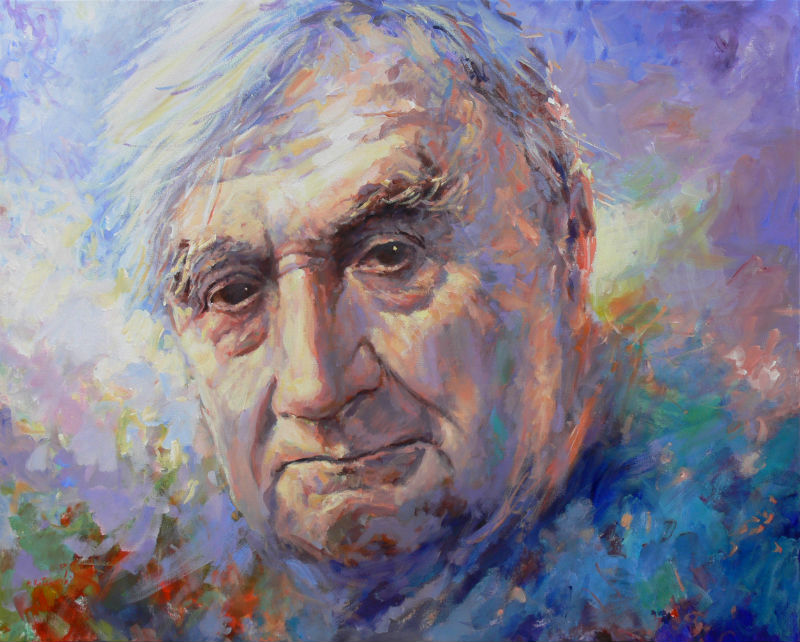 The haunting third movement Cavatina (per Stromenti a Fiato) for strings only, is what we might describe as ‘typical RVW’ – there is nostalgia and regret, with just a hint of Tallis  –  and is that a lark climbing into the blue yonder?  His own wife once said ‘below the waist, nothing’  –  but what she forgot to mention was that above the waist, everything worked perfectly until they nailed-down the lid.

I hope it is not too harsh to suggest that the long life of the Parisian Camille Saint-Saens was more interesting than the mountain of music he produced. His reputation outside France is low and sinking, the charge laid most often at his door being that the wealth of ideas is rarely supported by a grasp of form – a musical dilettante, if you like.

That he was perhaps the greatest musical prodigy since Mozart is easier to understand. His intelligence quotient was higher than the means of measurement – at that time. He had, of course, absolute pitch, could mimic tunes on the piano at the age of two, and a year later could read and write, and had composed his first music. His natural abilities in many disciplines led to his first public recital at the age of ten where, as an encore, he offered to play any one of Beethoven’s thirty-two sonatas – from memory!

His memory aligned him with Mozart (at five, he analysed the full score of Don Giovanni), and meant that if he read a book or listened to a piece of music, it was there in his head in perpetuity. This precocity did not lead to success, at least in composition, and the composer never quite shook-off the mantle he acquired when Berlioz suggested, with great wit, that ‘He knows everything, but he lacks inexperience’, and a critic mentioned ‘That’s certainly bad music – but it’s well written’.

He died in 1921 at the age of 86, but for the last ten years of his life he produced little of substance. In the credit column must go his ability to fashion a memorable tune, and this can be illustrated by any number of examples, the best being concertante miniatures from his middle years at the turn of the century.

Here, the great Lithuanian/American violinist Jascha Heifetz plays the marvellous Havanaise (habanera in Spanish), a dance in 2/4 time with a four note repeating rhythm.  Heifetz was, for many listeners and musicians, the greatest violinist of his age or any other; even today the ‘sizzling’ Heifetz sound is spoken of in hushed tones, along with his aristocratic spirit, his complete technical control, and the elegance and purity of his phrasing. Violinists, listen and weep.

Claude Debussy loved the music of Jean-Philippe Rameau, mainly because it gave pleasure – and because it represented the antidote to Teutonic profundity, and the need to have everything explicated.  What was wrong with plaisir? Undoubtedly, there is a wonderful variety and rhythmic vigour in Rameau’s dance music, and many good judges have considered him Lully’s superior as a musician. His use of harmony and orchestration was far ahead of its time, as Nadia Boulanger recognised whilst teaching his music in Paris. Berlioz and D’Indy revered him, and in France today he is considered, rightly, as not just the inventor of ‘opera-ballet’, but a musical revolutionary.

Rameau was a late starter, reaching his fifties before really producing anything noteworthy – but for the next 30 years, until his death in 1764 at the age of 81, the ideas and music flowed in a torrent. In an earlier post in October 2010 ( A Whiff of Garlic), I featured Rameau’s middle-period ‘ballet heroique’  Les Indes Galantes; today his last opera Les Paladins composed, amazingly, in his 77th year.

The excerpt here is from a jaw-dropping multi-media production at Theatre de Chatalet in Paris a decade ago, directed by the man that has done more than any other to put Rameau’s music before us, the American academic William Christie, and his travelling band Les Arts Florissants.  Can opera be sexy?  Try this and tell me.

1911, the year of Mahler’s death, marked the first staging of Der Rosenkavalier, and for the previous twenty years Richard Strauss [pictured, top] had been the most discussed man of European music. The extraordinary operas Salome (‘a moral stench’) and Elektra had scandalised audiences on both sides of the Atlantic. Even in Germany, Kaiser Wilhelm II, who favoured Johann Strauss over Richard pronounced his sorrow over Salome – ‘I really like the fellow, but this will do him a lot of damage’. The ‘damage’, Strauss mischievously noted ‘enabled me to build the villa at Garmisch’.

What puzzled audiences, critics and musicians was the disjoin between the wildness and beauty of the music, and the outward appearance and conduct of the composer, who looked more like a bank manager (remember those?) than one of the greatest artists of the day. Married, happily, to the gorgon Pauline, whom he feared, even thinking about an affair would have been more than the life of a bourgeois Bavarian was worth.

Unusually for a composer, he was a truly great conductor, but on the podium the story was much the same; no facial expression, no body movement, the long stick moving hardly at all  –  but all hell breaking loose in the orchestra. He lived and composed until his death at 85 in 1949, Pauline so shattered by his passing that she died herself just eight months later. She may have been eccentric, snobbish, ill-tempered and outspoken, but throughout their lives together she was a constant source of inspiration, up to and including the transcendental Vier letzte Lieder (‘Four Last Songs’).

Each of the songs bids a serene farewell to life, and they represent the supreme achievement of the composer’s final period. The last song Im Abendrot is a three-hankie weeper that can crack the hardest heart. Here, the equally moving penultimate song Beim Schlafengehen (‘When Falling Asleep’) to words by Hermann Hesse, and sung here by the great Austrian lyric soprano Gundula Janowitz, happily still with us, and accompanied here by the Berlin Philharmonic Orchestra and Herbert von Karajan. A desert island disc if ever there was one.