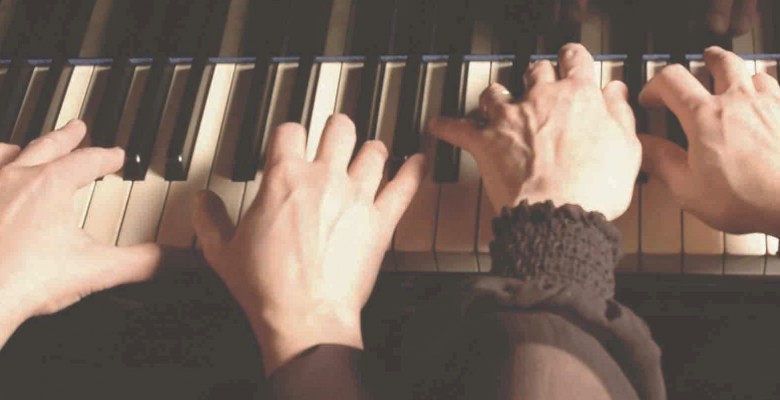 Fiendish complexity and classical supergroups this week, as Mahlerman treats us to some concertos for multiple soloists…

Back in November of 2012  (“Ooh, you are awful…but I like you”) our own Philip Wilkinson suggested a post ‘on concertos with multiple soloists’  –  and I duly stored the suggestion in what still passes for my ‘memory bank’. It slithered its way to the front just the other day when I was listening to Beethoven’s Opus 56, the Triple Concerto for piano, violin, cello & orchestra, and wondering, for a composer that I hold in such high regard, why this concerto seemed to lack the very qualities – bold, heroic, dramatic statements in large-scale forms  –   that make his music so unique.

A few clicks brought the answer, or at least what I prefer to believe  –  that Beethoven simplified the piano part to suit the adequate, but not exceptional talents of the work’s dedicatee, his pupil and close friend, the 15 year old Archduke Rudolph of Austria, and in so doing created something of an imbalance with the other two soloists.

This in turn took me back to 1970, and my introduction to the work, on vinyl, recorded by the three instrumentalists of the age, David Oistrakh violin, Mstislav Rostropovich cello, and the eccentric pianist Sviatoslav Richter, with the sleekly coiffured Herbert von Karajan in front of the BPO. I remember thinking that Richter must have been bored silly (until he received his fee), as the piano part could have been mastered by a Grade VIII student. It also seems clear that even a great artist of Beethoven’s stature would struggle with the challenge of giving each of the soloists a ‘say’. Audiences expect  each player to have a chance to state every theme; the composer knew that this could make for a very long evening – probably too long for the attention-spans of the bourgeois Viennese.

Here, the brief second movement – more an introduction to the third movement than an actual ‘movement’, and the first time that Beethoven ‘linked’ movements, with no break to clear your throat.  The hushed beauty of these few minutes almost changes my mind about the whole of this ‘curate’s egg’ of a concerto, helped in no small part by the extraordinary intensity of the ‘cello playing by the great American virtuoso Lynn Harrell.

No such doubts arise in K364 by W.A. Mozart, the Sinfonia Concertante in E flat, for Violin, Viola and Orchestra.

At the age of 23 I had just learned to walk erect and to tie my own shoe-laces unaided. It is eye-watering for me to consider that, at the same age, Mozart composed this amazing masterpiece. It is, quite simply, his most perfect concertante work. Sinfonia concertante literally means ‘little symphony with cameo solos’, and the form evolved from the concerto grosso of the Baroque era, and means, in effect, that the two string soloists emerge out of the orchestral ‘texture’, and only gradually develop their individuality. All three movements are imbued with this ‘conversational’ quality, as here in the closing pages of the majestic first movement Allegro maestoso, played here at a Promenade concert in 2006 by the youthful Verbier Festival Chamber Orchestra, and the Russian violinist Maxim Vengerov paired with the British violist Lawrence Power.

The Concerto for 4 harpsichords and strings is an adaptation by J.S. Bach of an earlier concerto by Vivaldi for four violins. It dates from around 1730, and serves as a kind of hommage to the Italian that Bach admired so much – and the composer probably had in mind three of his sons – Wilhelm Friedemann, Carl Philipp Emanual and Johann Gottfried Bernhard – all gifted keyboard players, to join him in this extraordinary music.

The present performance is also an adaptation – for four pianos, and is performed here by what amounts to a classical ‘supergroup’.  The soloists are Martha Argerich, Evgeny Kissin, Mikhail Pletnev and James Levine, and they are supported, in the Salle Medran in Verbier by jobbing musicians such as violinists Sarah Chang, Gidon Kremer and Vadim Repin, violists Yuri Bashmet and Noboko Imai, and the cellist Mischa Maisky.

Here’s a treat – but an impostor. And a word of warning; this piece is a dreadful earworm. Hear it in the morning, and it will be with you for the rest of the day. Imagine if P.I. Tchaikovsky had lived in the 20th Century? He would probably have been just as unhappy as he was in the 19th Century, but as a tunesmith with no equal he would have made enough money to have had a harem of young men attending upon him, instead of having to cottage around the streets of St Petersburg.

The piece to avoid if you are of a nervous disposition is not the warhorse first, but the Second Piano Concerto in G major, his opus 44, or more particularly the sublime (sublime: of high spiritual or moral worth:  inspiring awe: raised aloft) Andante non troppo second movement. Set between an overlong and rather bombastic first movement, and a banal finale, it has always been the bridesmaid to its earlier cousin, and probably will remain so – but for me, this is as much a ‘triple concerto’ as the earlier Beethoven. Listen and weep – but don’t come crying to me if you can’t get it out of your head.

3 thoughts on “On Concertos for Multiple Soloists”