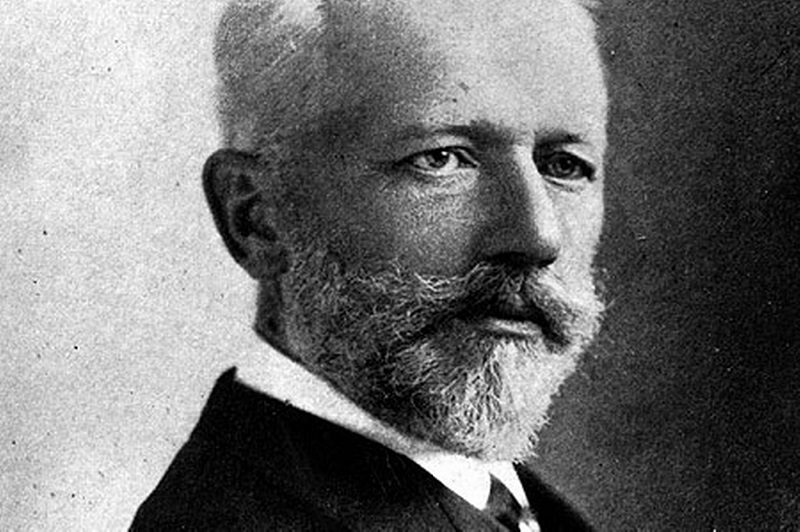 Music snobs used to look down on the supreme melodist Tchaikovsky. More fool them, says Mahlerman…

More than fifty years ago, when I stopped keeping spit in a bottle and began to find pictures of native African girls in National Geographic arousing, I also became aware in my fevered wanderings that the music of Peter Ilyich Tchaikovsky was treated with an extraordinary repugnance by musicians and ‘music lovers’ alike. This puzzled me. How could the creator of such a seemingly inexhaustible fount of melody be given pariah status, I reasoned?

Some years later, having read that a sociologist is somebody who goes to a strip-club and looks at the audience, I also stumbled upon Sir Thomas Beecham’s description of a musicologist as ‘a man who can read music but can’t hear it’ – and immediately felt better about the warm bath of emotionalism that Tchaikovsky’s music immersed me in. And after the years of neglect, there followed a long period when he was written off as ‘too popular’. The musically precocious infant terrible Pierre Boulez even declared ‘I hate Tchaikovsky and I will not conduct him. But if the audience wants him, it can have him’. Well, the audience clearly does want his music, conditioned as they are in this century to the instant gratification that sweet, supersensuous melodies regularly provide.

With many composers, what you see is what you get (think of Beethoven, Brahms and Mozart) – but this was not the case with Pyotr Ilyich. The tall, handsome man with a neatly trimmed beard and an aristocratic bearing was the carapace he built around himself. It concealed a nervous, hypochondriac, unhappy man, tortured by his life as a promiscuous homosexual, a man who, in a vain effort to attain respectability, made the colossal blunder of marrying an unstable nymphomaniac. The marriage lasted two months, and drove the composer to attempt suicide by drowning.

Somehow, amidst all this chaos, the composer managed to begin work on his masterful opera Eugene Onegin, and complete the first of the trio of great symphonies that concluded with the Pathetique. The Symphony No 4 in F minor is a musical exploration of the concept of Fate as an inescapable force. This turbulent work reflects the personal turmoil Tchaikovsky underwent during its creation, and the tension is only relieved for a brief few minutes in the fleet third movement scherzo, that could have been lifted complete from any one of his great ballet scores. Strings pizzicato throughout, a tangy woodwind-flavoured peasant dance at its centre, and no real conclusion, more an ‘evaporation’ into the ether. This thistledown-interlude is the composer demonstrating why he is now considered one of music’s greatest orchestrators.

The composer finished the lyric-opera Eugene Onegin in the following year 1878, shortly after his platonic relationship with the fabulously wealthy patroness Nadejda von Meck began. She famously decreed that the only condition she would place upon her financial patronage was that they should never meet, a seemingly ideal arrangement for the misanthropic composer, and one that was met, save for a brief, embarrassing face-to-face at a concert.

Alexander Pushkin was and is the poet whom Russians regard as the fountainhead of their literature, and the story of the bored fop Onegin and, more particularly Tatiana, appealed to the composer’s sense of ‘doomed love’. The foil for Onegin is his friend Lenski, the elegiast, who here, in the second act aria, muses upon the life that he is certain he is about to lose in the upcoming duel with Onegin (he is right), and his greater sadness that he will not see his own love Olga again: ‘Where have you gone, o golden days of my spring?’ is sung here by another Peter, the Polish tenor Piotr Beczala, in a Metropolitan Opera production conducted by Valery Gergiev.

So protean was Tchaikovsky’s talent that there was no genre in music that he could not master, and in 1884-5 on a trip to Davos, he wrote the first two of three Cherubim Songs for unaccompanied chorus. A third quickly followed, along with six further hymns that were later published as Nine sacred pieces. From that collection is the composer’s favourite, the 85 bars of Cherubim Song in C, sung here by The USSR Ministry of Culture Chamber Choir.

The six symphonies of Tchaikovsky span almost the last thirty years of his relatively short life (53 years), and ever since they were written analysts have been picking away at the ‘defects’, of which the composer was well aware – he often spoke and wrote about his ‘…lack of skill in the management of form.’  He was aware, naturally enough, of his amazing inventive powers, but conscious also that ‘…succeeding episodes were loosely held together and the seams were always showing’.  This, often unwarranted self-criticism appeared to dissolve when he finished his last great work, the Symphony No 6 in B minor in 1893. ‘….I’m very proud of this symphony, and I think it’s the best piece I’ve ever written’. It was dedicated to his nephew and last great love, Vladimir Lvovich Davidov, better known as ‘Bob’. A few days later the composer was dead, and his passing, like much of his life, is still shrouded in mystery; was it by his own hand, was it murder, or was it an accident, via a glass of unboiled water leading to cholera?

I was tempted to end today with the grief-stricken despair, melancholy and pathos of the last movement adagio lamentoso, but have chosen instead the more compact and unusual third movement Allegro molto vivace, in effect, a march of aggressive, swaggering rhythms – but as a march, it is very un-military. Here we become particularly aware of Tchaikovsky’s mastery at achieving astonishing variety, and volume, with the most economically constituted orchestra. At every one of the performances of this symphony I have attended, the audience managed to get so ‘caught-up’ in the tension and excitement of this movement that, at the hammering conclusion, they collectively forgot that this was not the last movement, and broke out in spontaneous applause.

2 thoughts on “The Other Peter the Great”