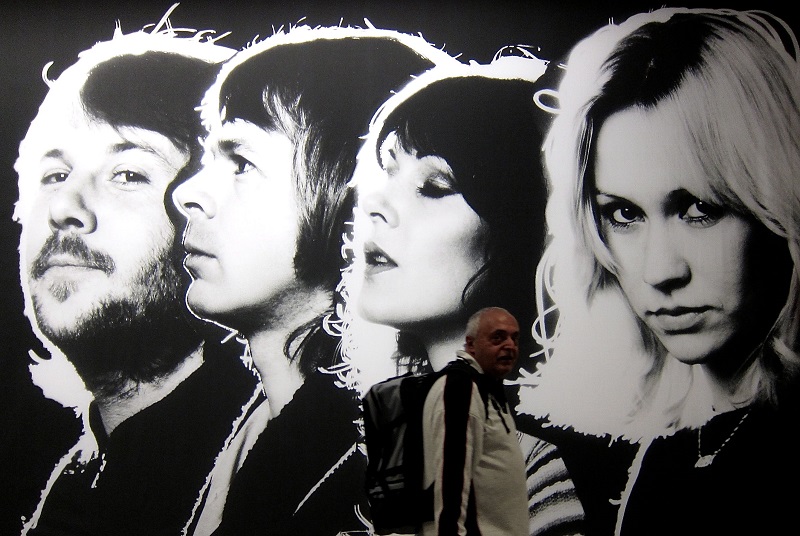 Frank reveals the story behind The Heft of Dough, the notorious concept album made by the power pop combo Agnetha and Anna-Frid and Benny and Bjorn and Dot Tint…

The Heft Of Dough is the title of an LP recorded towards the end of the last century by Agnetha and Anna-Frid and Benny and Bjorn (alphabetical order). The Scandinavian foursome were joined on this occasion by virtuoso glockenspielist Dot Tint, who until then was better known as the accompanist of an oompah band devoted to masterpieces of the Baroque. Dot was introduced to Agnetha, Anna-Frid et al, by her brother Rex Tint, the mezzotintist, who had been commissioned by either Benny or Bjorn to create a mezzotint for the cover of an earlier LP by the quartet. Temperamental Rex completed the work but, in a characteristic fit of hysterics, destroyed it before it could be used, alleging that it failed to meet the exacting standards he set himself. This is unlikely to be true, and those in the know suggest it was simply yet another unreasonable tantrum by the talented but tiresome mezzotintist.

His sister possessed a more equable demeanour, and the recording sessions for The Heft Of Dough were notable for their almost uncanny calm. Granted, Benny went haywire one afternoon when Anna-Frid sang her lines tapioca rather than, as the score required, marmalade, and he threatened to tear her throat out, but it was only that, a threat, and he was quickly persuaded to go and take a nap. It was Dot Tint who did the persuading, and it was upon Dot Tint’s divan that he napped. Dot took her divan everywhere, for she was overfond of naps herself. Some said her calmness was closer to narcolepsy, and I suppose it is true that she only ever seemed fully awake when bashing beauty from her glockenspiel.

Press interest in the sessions was intense. Agnetha and Anna-Frid and Benny and Bjorn had recently had a hit single with the prize-winning, insanely catchy song Lepanto, the lyrics of which cleverly use the 1571 Battle of Lepanto between the Holy League and the Ottoman Empire as a metaphor for the more obvious pop pap theme of romantic love. To keep intrusive hacks off limits, all approaches to the recording studios were baited with baffles, made of cement. These served a secondary purpose of deterring Rex Tint from barging his way in. The insufferable mezzotintist declared that he had “unfinished business” with Benny, or possibly with Bjorn, and was set on disrupting the recording of the LP. Frustrated by the baffles, he took to stalking the streets of the nearest township, cursing and jabbering, until distracted at last by a fresh commission for a set of mezzotints, though this was a ruse contrived by his sister Dot to lure him even further away from the studio. By the time Rex Tint discovered he had been fooled, he was holed up in a chalet on the other side of the globe while Agnetha and Anna-Frid and Benny and Bjorn and Dot Tint were putting the finishing touches to their LP.

The Heft Of Dough is a concept album in which the fivesome use the heft of a ball of dough as a symbol for various historical attempts to measure the weight of the human soul. Perhaps the best-known of these are the experiments carried out in the early years of the twentieth century by Duncan MacDougall, attending physician at Grove Hall Consumptives’ Home in Dorchester, Massachusetts. MacDougall used an ornate, oversized Fairbanks scale, designed for weighing commercial silk, to weigh his consumptive patients immediately before and after death, reasoning that any perceptible weight loss must be accounted for by the departure of the heaven-, or hell-, or purgatory-bound soul of the deceased. MacDougall was following the lead of the seventeenth century Paduan physiologist Sanctorius, the founding father of metabolic balance studies, who coined the term “insensible perspiration”. One has to admire the manner in which Anna-Frid et al address this material in a deceptively light pop pap format, with Dot Tint’s frantic glockenspieling adding a frisson of frantic glockenspieling.

The critics were not kind, however, The Heft Of Dough being almost unanimously dismissed as a work of pretentious twaddle. One of the most savage reviews of all was penned by Rex Tint, under an anagrammatic pseudonym. After it appeared, in the weekly magazine Mezzotintists Turn Their Hands To Writing Record Reviews, and she swiftly unravelled the anagram, Dot Tint refused to speak to her brother for a decade. Curiously, Bjorn, or it may have been Benny, was more forgiving, and he and Rex Tint renewed their friendship and thereafter spent many a tenebrous Scandinavian dusk sitting together on the rim of a fjord, swathed in coats of rabbit fur, drinking hooch and babbling into the night.

This is a work of fiction. Any resemblance to real persons, living or dead,  is purely coincidental, except for  Duncan MacDougall and the Paduan physiologist Sanctorius, who appear with the express permission of their immortal souls (weights unknown).

2 thoughts on “The Heft of Dough”