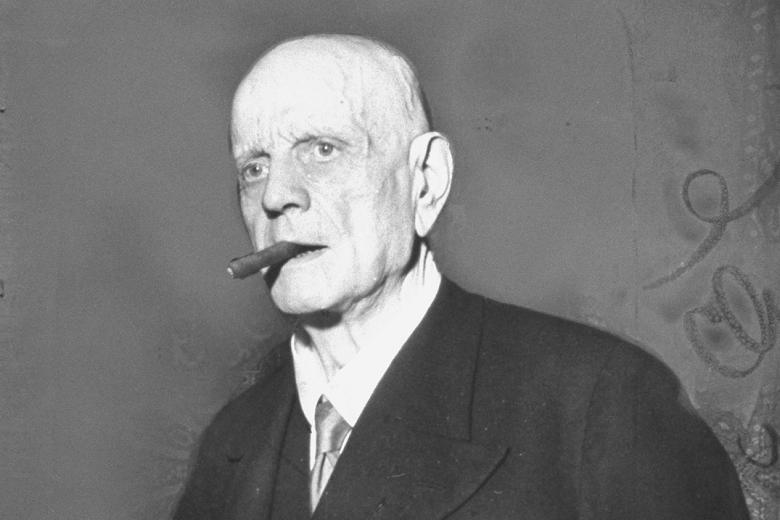 2015 marks the 150th birthdays of two great Scandinavian composers. The concert halls will accordingly be awash with the more famous works of Jean Sibelius and Carl Nielsen, but today Mahlerman treats us to some of their less well-known gems…

The year 1865 turned out to be quite an important one on the stage of the musical world, as a clutch of composers arrived ‘mewling and puking’, some, ‘in the nurse’s arms’, others, less fortunate, into the arms of probably a family member or close friend. Alberic Magnard and Paul Dukas were both Parisian, Alexander Glazunov from St Petersburg, and all three, though artists of the second rank, have featured in these pages over the years. However today we are concerned with the first rank, and 150 years ago two babies first saw the light of day, six months and one thousand kilometres apart, in Scandinavia’s frozen north, Jean Sibelius [above] to an affluent professional family in Finland, Carl Nielsen [below] into peasantry on the Danish island of Funen.

Although we rightly think of Sibelius as one of the 20th Century giants of symphonic music, he was plagued with doubts about his stature as a creative artist for most of his long and often chaotic life, spanning 91 years and fuelled, as it was, by alcohol and depression. Could it have been during one of these frequent periods of self-doubt that he said to Nielsen, during one of their frequent meetings, that ‘I don’t reach as high as your ankles’ ? Could it have been that the Finn recognised the ‘human spirit’ that percolates through almost everything that Nielsen wrote, and the almost total absence of it in his own compositions hewn, as they seem to be, out of the very tundra (tunturia in Finnish)? 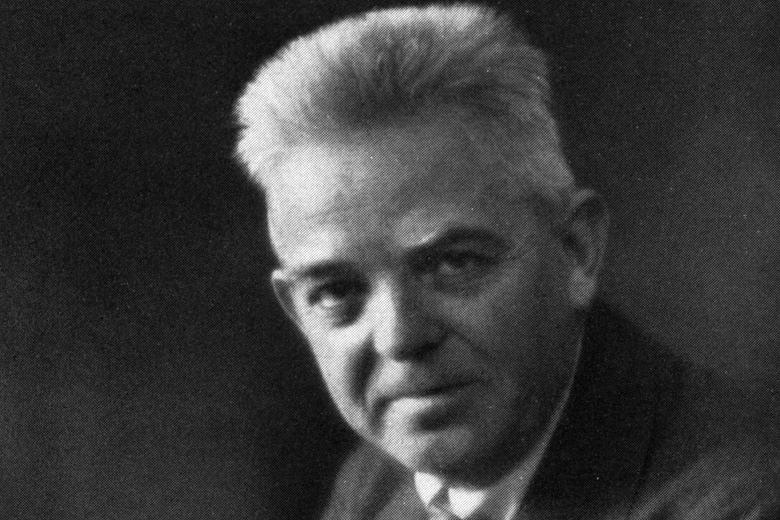 The birthdays of these two (yes, two) giants will, unfortunately, be seized-upon by concert promoters to offer us yet more cycles of the Sibelius symphonies, along with the 4th and 5th of Nielsen. Today, at the start of their anniversary year, and this being The Dabbler blog, I thought we might broaden the canvas, and tread the overgrown path where riches are to be found for those with ears to hear.

It is a mystery to this writer that Nielsen’s Symphony No 3 ‘Sinfonia espansiva’ is heard so rarely, imbued as it is with all the vigour (and serenity) of being alive – the composer described it as ‘a gust of energy and life-affirmation blown out into the wide world’.  I find the serene second movement Andante pastorale as bewitching as almost anything in music, shot-through with the ‘idyllic and heavenly in nature’. A masterstroke surely, to introduce, toward the end, a wordless chant (of ‘ah’) from first a baritonal man, followed by a woman’s soprano, here, again, best described by the composer: It depicts

peace and calm in nature, interrupted only by the voices of a few birds, or what you will……towards the end the rural calm and depth grows rather more concentrated, and from afar off one hears human voices; first a man’s and later a woman’s voice, which once more disappear, and the movement ends in entirely unemotional calm (trance).

Although the Paducah Symphony Orchestra (Kentucky,US) conducted by Raffaele Ponti display a few rough patches, the idiomatic calm of the whole is beautifully captured here, I feel.

Nielsen, a late starter, was already in his mid-forties when he completed the Third Symphony, his opus 27, in 1911. By this date Sibelius had completed twice that number, his searing A minor symphony carrying the opus number 63. At this time the composer was suffering under one of the many periods of depression that, from time to time enveloped him and, as you might expect, his mood is reflected in both the symphony, and the short tone-poem The Bard, that was composed concurrently with it – and although the orchestra is large, the use of it is remarkably restrained throughout, opening and closing with a harp obbligato, but retaining Sibelius’ trademark atmospheric concentration; the sadness is unrelieved. I was lucky enough to hear the late Paavo Berglund conduct Sibelius many times, and I don’t expect to hear his like again in this music; here, he could be conducting the Finnish RSO but, in fact, it is the Bournemouth Symphony Orchestra. Enough said?

Most composers of note inscribe their opus one during their teenage years, but Nielsen was well into his twenties when the three-movement Little Suite appeared in 1888. Slight though it is, it reveals a level of accomplishment that the composer had already developed whilst writing as a student for string quartet, and the central Intermezzo, played here by members of the Norwegian Chamber Orchestra is a piece of great charm in Nielsen’s favourite triple-time, with muted strings illustrating the composer’s craftsmanship in every bar.

In 1896 Sibelius, not for the first or last time, suffered a profound creative crisis. His attempt to compose a Wagnerian music drama (Veneen luominen) had foundered, and he was anxious not to waste what he viewed as some worthwhile material. The result of this trawl was refashioned into the Four Legends from the Kalevala, or Lemminkainen Suite, and published as his opus 22 (with later revisions).  Although just into his thirties, the composer’s sense of mood, colour and sonority is singular here, and the sense of organic growth throughout the four movements is a marker for the symphonies that would follow these ‘tone poems’. Here, to end today, is the haunting second movement, The Swan of Tuonela. Muted strings again, with the swan represented by a plaintive Cor Anglais (pitched a fifth lower than an oboe), floating across the landscape and eventually fading over a quietly beating drum (tam-tam), with the strings creating an icy chill by playing tremolos with the wood of their bows. Bleak and magnificent. The images with this video are by the Majorcan photo-journalist Pep Bonet, and require no comment from me.

2 thoughts on “Sibelius and Nielsen: 150 Years”