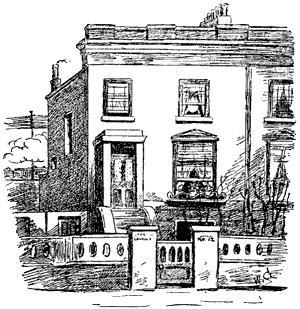 A little after one in the morning we emerged arm-in-arm from the Bristol Museum and walked unsteadily in the direction of the taxi rank outside Brown’s. Mrs Brit was in a cocktail dress and heels. I was in a dinner suit (by M&S, machine washable) and a real bow tie assembled earlier in the evening with the aid of Youtube and much cursing. As we went along I tallied up the forthcoming hangover toll. I had consumed a beer, a blue cocktail of some sort related to the occasion’s ‘Ice Party’ theme, another one, a third, a glass of red wine, another one, probably around two more when you counted top-ups, a beer, and a gin and tonic. That much I knew for certain. Mrs B thankfully had drunk a lot less so she steered.

At the rank a blur of men were having a dispute with a cab. They’d given it up by the time we arrived so I made eyebrow signals at the driver and he unclicked his lock and grinningly beckoned us into his back seat. It was an official Bristol blue hackney so we accepted gratefully, Mrs B clambering in first, then me. I mustered sufficient physical coordination to pull the door shut while announcing our destination. And that was how we fell into the clutches of The Worst Taxi Driver in the World.

Writing a piece about Salvador Dali’s Mae West lips sofa got me thinking about the great surrealist/self-publicist/genius/phoney. Naturally I loved Dali’s works when I was a teenage boy because I knew nothing about art and anyway I loved all the plonking things that teenage boys love (Monty Python, Pink Floyd’s The Wall etc), which is just as it should be.

Where I still admire Salvador Dali is in his ability to come up with very strong marketing emblems (long legged elephants, runny clocks, lobster telephones) and for being the very personification of chutzpah. The world would be a dull place indeed if it included nobody who was able to make a living from pure bullshit.

That said, I had in my mind the vague idea that Dali had managed one really fine painting – one piece of inarguable art – and that it was the crucifixion picture Christ of St John of the Cross. But when I came to look at it again, I found to my surprise that it’s a ghastly piece of kitsch, much worse than his wet dream landscapes. And what’s more, when I came to try and think about crucifixion paintings of the 20th Century, it was the only one that sprang to mind apart from another even sillier one by Salvador Dali.

After centuries of depicting little else, artists just abandoned Christ on his cross. And even when they did try, you rather wish they hadn’t.

I don’t say this is such a bad thing, mind. One doesn’t generally come out of a gallery of medieval paintings and say, “Well that was very nice but I wish there’d been a few more pictures of Jesus in there.”

Thanks for all your suggestions for sofa-related culture stuff in my last diary. One that came out of your suggestions was this absurdly comprehensive and very important guide to Sitcom sofas. Includes some amusing clips.

The first inkling that trouble lay ahead came when the cabbie demanded £20 to take us home. Mrs B repeated the address in case he’d misheard. “Twenty pound, I take you home safe,” he assured us with a winning smile. It was at least a fiver over the odds even for one o’clock in the morning. But then again, refusing it would have involved getting out of the cab and into a cold queue with uncertain results. And anyway after all those free blue cocktails a fiver didn’t seem to matter as much as it usually does. I overruled Mrs B’s objections and agreed the fee with pantomimed weariness. “You pay me now, yes?” said the driver. Click. The doors locked themselves. I looked at the streets around. Drunken idiots everywhere. Was it worth the tedium of a dispute? I decided it wasn’t, and shoved the note through the hole in his plastic riot window.

Off we went. Straight away his driving seemed odd. He seemed to know where he was going but had little idea of how the lanes worked. His gear changes were visceral. Was he driving his cousin’s cab as a favour, I wondered aloud. Mrs B didn’t find that funny.

At the intersection between Park Row and St Michael’s Hill he did the most stupid thing I’ve ever seen a taxi do. Driving across the traffic lights on his side of the crossroad just before they changed to red, he then slammed to a halt in front of the lights on the other side – that is, the second pair of the same set of lights – thus blocking the crossroads. This was an error so bewilderingly basic that even a white-knuckled seventeen year-old on her first driving lesson would be hard pressed to make it. “You can’t stop here,’ we said from the back, with increasing urgency and helplessness. Cars coming from St Michael’s Hill began to toot their horns. One of them was a police car. At this point the driver realised that he had done something wrong and he shot off at twice the speed limit.

Immediately the police car turned on the siren and accelerated to come alongside us. Our cabbie didn’t stop but merely wound down his window as we bumbled along the narrow dual carriageway by the BRI. “What the hell was that back there?” shouted the cop in the passenger seat. “Sorry sorry, yes I know, was just a moment…” burbled our man happily. And rather than pull him over, the cop drove off towards town. ‘Blimey’, I said. Mrs B and I looked at each other, and tightened the grip on each others’ hands.

My last ever visit to an accounting firm was in Camden. I soon detected it was an untypical practice. There were copious racy original artworks all over the wall and a general atmosphere of bohemian dishevelment. I liked the owner very much – we got chatting about art and books and life and it turned out that she owned a women-and-guest (which is to say, lesbian) cocktail bar in Soho, if you please. She wanted help with PR for it. We did a bit of barter and she agreed to do my accounts for free in return for my advice. Well that was a lucky break, I thought as I headed back towards the high street for some lunch. I went into a pub called The Spreadeagle and ordered something called The Camden Burger.

‘A nice little thing for lunch this,’ twinkled the beardy barman as he set The Camden Burger down on my table. It was an absurd creation. I know I’m old fashioned but I still don’t think a burger should need to be held together with a wooden pole, and nor it should be taller than the span of a normal adult’s hands. The burger itself was slathered in the inevitable pulled pork and on top of all the other gubbins were three battered onion rings, each the size of a Big Mac. ‘There’s no way I can eat all that’ I said. Then I ate it all. It was delicious and I felt like absolute hell for the rest of the afternoon. 4 ½ stars.

Which is more perfectly Guardian? Stephen Fry reading extracts of the Guantanamo Diary, or this Thornberry-style reportage from a chip shop as if it were Mars?

Temples throbbing, fists clenched tight, heart thumping, all sense of inebriated joy long disappeared, we directed The Worst Taxi Driver in the World into our street and instructed him to pull over. This he managed to do without destroying anything. Sweet relief flooding through us, we reached for our doors. They remained locked. “Can you open the doors please?’ I said, trying to remain calm.

We froze. Time froze. The cabbie turned. “This is not right!” he repeated. Then he added, “I thought you meant a different road, further up. Here, please.”

As the doors clicked he pushed his arm through the hole in his plastic riot-proof window towards me. He uncurled his fist and I took what was in it. It was a five pound note.