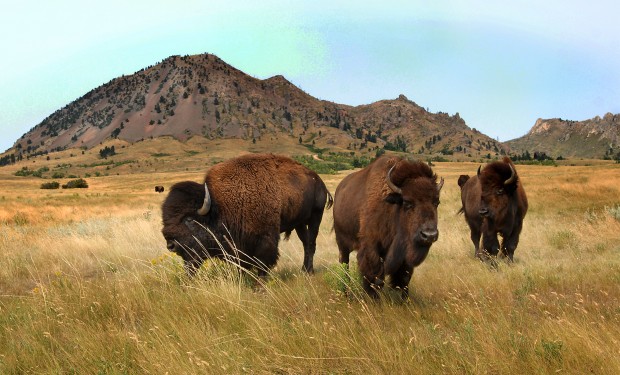 Prepare your brains for some seriously mind-mangling wordplay, with today’s weird Wikipedia article, unearthed by the Wikiworm.

The sentence can be clarified by substituting the synonym “bison” for the animal “buffalo”, “bully” for the verb “buffalo”, and “New York” to refer to the state of the city Buffalo:

Or, alternatively with the city name intact:

Removing the classifier noun “Buffalo” (the city) further clarifies the sentence (note that the initial capital is retained as the common noun “buffalo” now starts the sentence):

Thomas Tymoczko has pointed out that there is nothing special about eight “buffalos”; any sentence consisting solely of the word “buffalo” repeated any number of times is grammatically correct. The shortest is “Buffalo!”, which can be taken as an imperative instruction to bully someone (“[You] buffalo!”) with the implied subject “you” removed. Tymoczko uses the sentence as an example illustrating rewrite rules in linguistics.

Any of these words can be mixed in any arbitrary pattern, such as “Police dice fish head buffalo”, although only Police, head, and Buffalo can be parsed as adjectives.