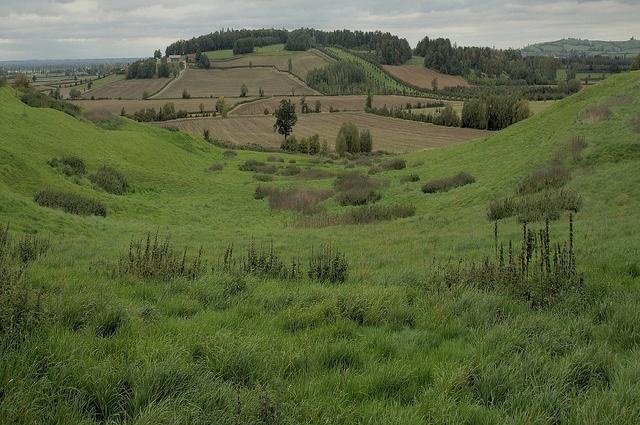 The Dabbler is proud to present The Whartons of Winchendon, a major new serialisation of Jonathan Law’s latest book, which is published for Kindle by Dabbler Editions and available to buy from Amazon now.

By turns hilarious and tragic, it tells the tale of the rise and fall of one of the strangest families in English history. In this opening instalment, Jonathan sets the scene…

The village of Upper or Over Winchendon stands perhaps five miles to the north-west of Aylesbury, on a little limestone ridge that climbs some four hundred feet above the surrounding vale. Despite the modest altitude, views here are big. Look to the south and your eyes sweep straight across the Thame valley – a placid country of ploughed fields and muddy cow pastures – until they meet the sudden scarp of the Chiltern Hills, ten or twenty miles off. Turn north or west, however, and it’s a different picture – a jumble of small hills and half-hidden valleys, quietly rising and falling all the way to Oxford or to Buckingham. It’s an inviting prospect, to be sure, this ridged and rumpled country now softened by spring shadows: but a land that holds its secrets to itself.

I don’t often come this way but when I do I’m always struck by the same thought – a feeling of having crossed a watershed or hidden threshold. Half a mile south and you can be quite sure that you are in the busy, prosperous Home Counties, where every road or railway seems to pull inexorably towards London. But come up here, to Winchendon, and you are suddenly free of all that; the Tube map feels like a vague rumour as you mount the brow of the hill and look out across North Bucks to the misty fringes of Oxfordshire. You are standing on the brink of that terra incognita – mysterious even to most Brits – known as the Rural English Midlands.

The thought may be fanciful, but the landscape gives it a kind of credence. The villages here are smaller and more widely spaced than is the norm for south-east England – each one (Quainton, Ashendon, Chilton, Brill) perched on its own separate hill like some Tuscan fortress town. The M40 roars by on the west, but otherwise main roads are few and the lanes are narrow; nowhere here is on the way to anywhere else, and apart from the splendours of Waddesdon there’s little enough to bring the tourists. For all the proximity of Aylesbury, the country has a remote feel; hillsides are windy and open and here and there the sheep pastures are broken up by tiny patches of ancient woodland, grassy heath, and calcareous fen. This whole area once lay within the medieval forest of Bernwood – a favourite resort of Edward the Confessor – and there is still an ancient texture to the land; ridge and furrow corrugating the hill, old moats hushed under nettles, signs of a long-deserted village by the spring-line.

Of course, it’s workaday country really; but in this sort of deep England you’re never too far from something else, a hint or haunt of old battles, old magic, ancient sin. It seems oddly right that The Midsomer Murders is filmed round here – all those dark secrets lurking in an England so idyllic it’s almost camp. Interesting, too, that Professor Tolkien of Oxford walked this “small country of fields and tamed woodland” and drew on it for his Breeland  ­­– that border region where the cosiness of the Shire comes up against deeper intrigues, darker potencies. For the hilltop village of Bree (‘At the Sign of the Prancing Pony’) see the hilltop village of Brill – a few miles cross-country from Winchendon. There’s also a lonely, stand-offish farm whose name might ring a bell – Leatherslade, refuge and lurking place of the Great Train Robbers in 1963.

As for Winchendon itself, it’s a real blink-and-you’ll-miss-it place – no more than a dozen houses strung along the crest of the ridge, with a few farms tucked into the hillside. The one really unusual thing is a little astronomical observatory, plonked down in the fields like a futuristic egg. Otherwise, there’s a tiny Norman church on the crown of the hill, one of the few in the country without electricity (winter services take place by gas-lamp or candle). And almost hidden by trees, a rambling 17th-century house that goes by the name of The Wilderness; all chimneys and gables and blessed with the sort of looks that would make any writer itch to fill it with ghosts. Very remarkably, this was once just the business end – offices and kitchens – of a much grander place: a vast almost-palace of which nothing else remains. The gardens here were said to be amongst the finest in the kingdom, famous for their parterres and ranks of flowering fruit trees. You can still see the humps and bumps on the open hillside, marking the lines of walks, terraces, fishponds. Most strikingly, the course of the great carriage drive that swept across from the main Aylesbury road is still greenly visible (see picture at the head of this post – top centre to middle right).

For almost a hundred years this was the home of the Wharton family – hardly a name to conjure with now but at the turn of the 18th century one of the great powers in the land. Piqued by the odd bits of the story I’d come across, I thought I’d find some books, poke about in the county record office, see if I could put it all together. I’m very glad I did.

The rise and fall of the Whartons turns out to be an almost Shakespearian drama of faction and intrigue, high politics and low shenanigans – a story of complex, flawed, enigmatic characters whose actions more than once left a lasting trace on English history. On a private level, it is mostly a story of fathers and sons and the strange and sorrowful harms they do to one another (it deepens like a coastal shelf). And in case that sounds too ordinary, it is also a tale of incest, treason, alchemy, deep-sea diving, syphilis, ghosts, buried treasure, and a man who believed he had found the doors to Fairyland.

The second instalment of The Whartons of Winchendon will appear this Thursday, and continue weekly thereafter.

4 thoughts on “The Whartons of Winchendon – 1. The Lost Domain”