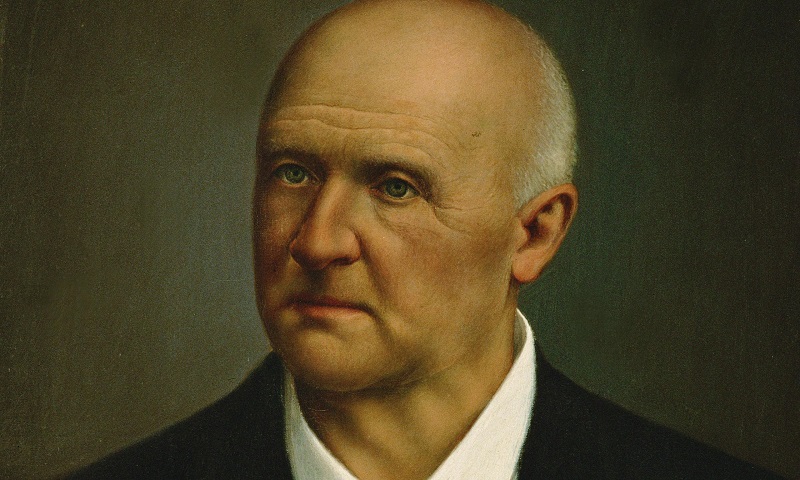 Not all of the great composers were child geniuses or teenage whizzkids. This week, Mahlerman looks at some who found their true voice later in life…

I have always felt that the Octet in E flat major by Felix Mendelssohn is as close to a musical miracle as we are ever likely to see. The fact that he produced it in his 16th year goes beyond what is believable, eclipsing anything produced by Schubert or Mozart at the same age; put simply, it defies logic. But does genius demand the brio and precocity of youth? About this I am less sure, at least in the musical empyrean.

Today we look at a handful of masters who were well past their teenage years before they got into their stride.

The Moravian Leos Janacek was in the last quarter of his life when a revision of his earlier opera Jenufa made his name in 1916 – but as he was born in 1854, that made him famous at 62, an age when most of us are reaching for the slippers. But not this idiosyncratic master, perhaps the greatest Czech composer of the early twentieth century. Energised by the success of the opera, and further stimulated by a deeply felt love affair with a younger married woman, Kamila Stosslova, he packed four more masterful operas and the amazing Glagolitic Mass into the next fourteen years until his death in 1928 – and although the relationship with Kamila was platonic, there is no doubt from the composer’s writings, and from various clues in his scores, that this lady had become the most important single person in his emotional and creative life.

Just before the success of Jenufa, the composer produced, and published, the first book of his extraordinary cycle of piano pieces, On An Overgrown Path. The third movement is the magical Madonna of Frydek, used extensively in the overlong but enthralling movie by Philip Kaufman, The Unbearable Lightness of Being, from the book by Milan Kundera.

It was Matthew Arnold who mourned that France was ‘famed in all great arts, in none supreme’, and perhaps that might have been true in the middle of the 19th Century – but a dozen years after Arnold’s death the century turned, and by that time Monet, Cezanne, Renoir, Degas and many others were creating what we now know as a revolution in painting – as was Claude Debussy in music. But there was another group of composers in France, led by Gabriel Faure and Cesar Frank, who were less ‘revolutionary’, but whose music, it turned out, didn’t travel well and, broadly speaking, was not ‘exportable’. Yes, we hear Faure’s sublime Requiem, Pavane and Clair de Lune regularly – but who can name another piece by this great master of human feeling at its warmest? The more so with Frank (who was Flemish by birth), whose music is today almost totally absent from the concert hall – and for that matter, our thoughts. In my teens over 50 years ago his only symphony in D minor full, as it is, of eloquent and beautiful themes, had a considerable vogue – but no longer. Perhaps this is because even in his finest music, we do not think of the Low Countries or of France, more of the extreme chromaticism of Wagner’s Germany. And perhaps also it is because the composer was well into his sixties before he ‘got going’, and much of his music sounds ‘old’.

A piece that absolutely does not sound old is the delightful concertante Variations Symphoniques for Piano & Orchestra, composed when he was 63. This short marvel was also popular when I was in short trousers, and its eclipse today is something of a mystery. It is played here by a man who, back in the days when the BBC cared about such things, was a regular on television, partly because, whilst playing Liszt, he could burn a piano to the ground, and partly because he was better looking than most of the film stars of the day, a fact that my late mother would have flutteringly supported. My mum was not alone in her yearning for Georges Cziffra. I attended a couple of his solo concerts, and he could, very quickly, whip an expectant audience into something close to a frenzy. There are videos with better sound than this, taken from a concert in Paris in 1965, with his only son Georges Jr conducting the Orchestra National de l’ORTF, but none with quite the touch and personality that this musical giant brought to even a relatively restrained piece such as this. A sad footnote is the death of Cziffra Jr in a Paris house-fire just 16 years after this recording, with a note suggesting that he had set the fire himself in order to end his life. His father never played with an orchestra again.

Could it be said of the Austrian Anton Bruckner (pictured top) without, seemingly, insulting a whole nation, that he was a simple, good natured, religious, typically Austrian character? His lack of sophistication was expressed in clothes that always seemed a size too big, and hair that was untidily cropped short. He would love to have taken a wife, but his many proposals, usually to teenage or pre-pubescent girls, were repeatedly turned down. And for the first forty years of his life he was better known as an organist than a composer, never really getting started on composition until he was in his late thirties, an age that Mozart never reached.

It was almost a decade later before works like the Mass in F minor and the Third Symphony started to generate real interest and the beginnings of a worshipful following, and a further decade more, in fact at the premiere of his Seventh Symphony in 1884, when the full weight of his genius was at last recognised; he was, by then, sixty years old. The first performance was conducted by the great Arthur Nikisch who said after the event ‘Since Beethoven there has been nothing that could even approach it’. Bruckner had at last arrived. Hard to pick something worthwhile from symphonic movements that often exceed 20 minutes (from symphonies that last 80 minutes), but the Fifth Symphony in B flat major has always struck me as a perfectly balanced whole crowned, as it is, with a blazingly uplifting finale. Here is the late Claudio Abbado in Lucerne in 2011 conducting the Festival Orchestra, the video playing short extracts from the first three movements, and ending (from about 2.45) with the wonderful brass chorale that ends the work.

Jean Philippe Rameau has arrived among us – and it has only taken two hundred and fifty years. Unknown, except by academics and harpsichordists even fifty years ago, this grumpy late starting genius is now recognised as one of the greatest creative artists of the 18th Century. For more than the first half of his life (he died at 81 in 1764) he didn’t create music, he wrote about music, in particular notorious theories on harmony (Traite de l’Harmonie) that were not always well received. Like Bruckner he had a taste for teenage girls and when he was 43 he married one – he seemed to be a late starter in everything. The Lyonnaise Marie-Louise Mangot was just nineteen.

The composer was 50 when he produced his first opera Hippolyte et Aricie, and he followed it in the next thirty years with twenty more – an amazing achievement at any age. He began working with Voltaire immediately after Hippolyte, and followed the spectacular success of this work with another tragedy Castor et Pollux in 1737. From Act One of that masterpiece an aria to stop the clocks, Tristes apprets, pales flambeaux, sung by Agnes Mellon with Les Arts Florissants, conducted by the man who, perhaps more that anyone in the last thirty years, has been responsible for our renewed interest in the music of the French baroque, William Christie.

To end today, a short excerpt from another Rameau masterwork Les Paladins, in the comedy lyrique style that the composer as-good-as invented, along with opera-ballet. This long, passionate work has a complex, labyrinthine plot, and would be an achievement at any age. That Rameau was now a septuagenarian is hard to grasp, as the musical invention remains as fresh as ever – magnifique!

One thought on “Late Bloomers”