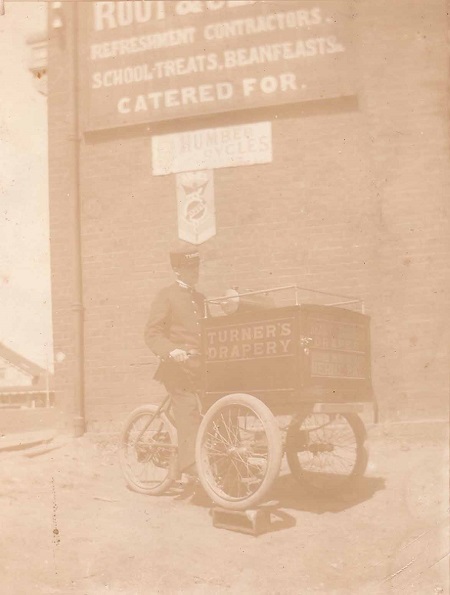 Bookseller Steerforth handles a great many old books in his line of work. Often he’ll find old photos amongst the piles of mildewed tomes, snapshots of lost worlds and forgotten lives. In this new series he shares some of the more interesting, surprising and moving discoveries, beginning with an album of Edwardians…

One day, hidden in a box of spore-infested reprints of Dickens novels, we found a small album of photographs from the Edwardian era. The photos were in poor condition: badly faded, scratched and covered in marks, but I hoped that I might be able to retrieve some of the ghost-like images from oblivion with the help of Photoshop.

I was pleased with the result. Above is the original image, and here’s the restored version: 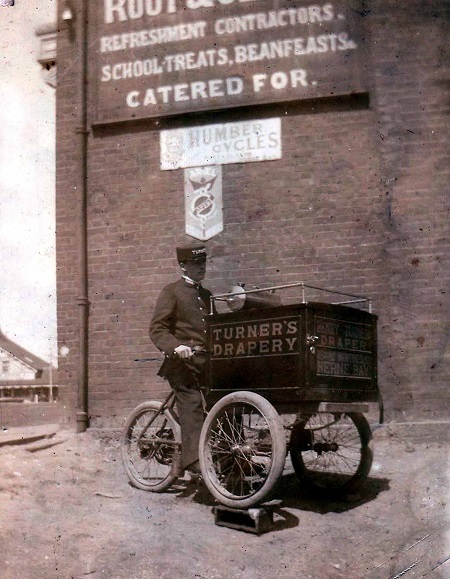 None of the photos were accompanied by any names, places or dates, but I’m pretty sure that I can place them within the Edwardian era rather than the Victorian. 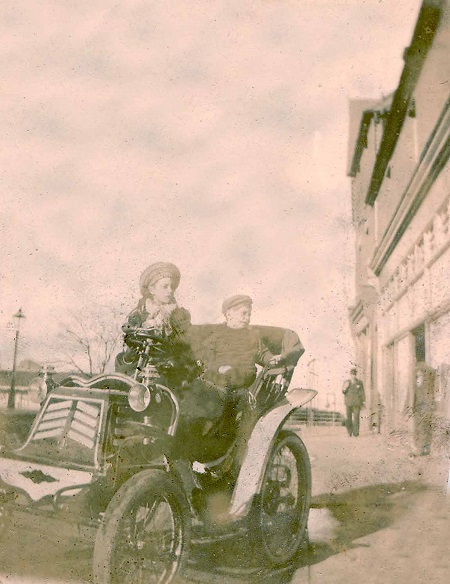 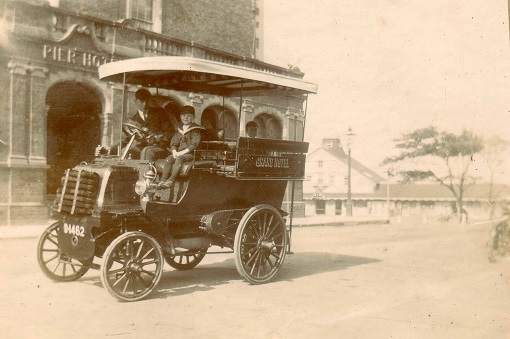 It’s not conclusive, but from the brief amount of research I’ve put into this post (i.e. 10 minutes), the vehicles make it unlikely that these pictures were taken before 1901.

The following photos have a beguiling innocence about them that belie the dark social and political uncurrents of the times. As has been mentioned before, there’s something terribly poignant about the image of a smiling Edwardian boy, unaware of what’s in store for his generation in a few years time. 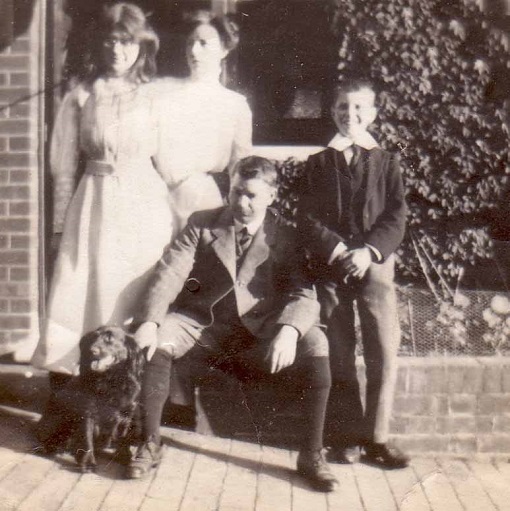 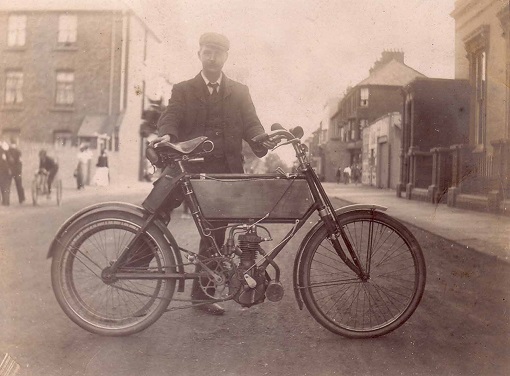 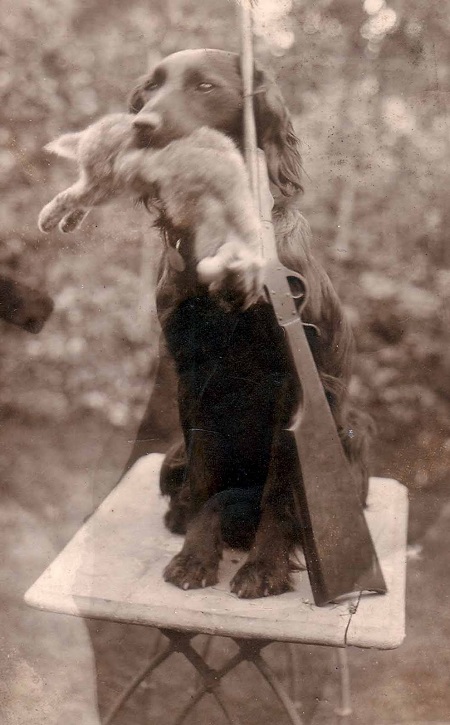 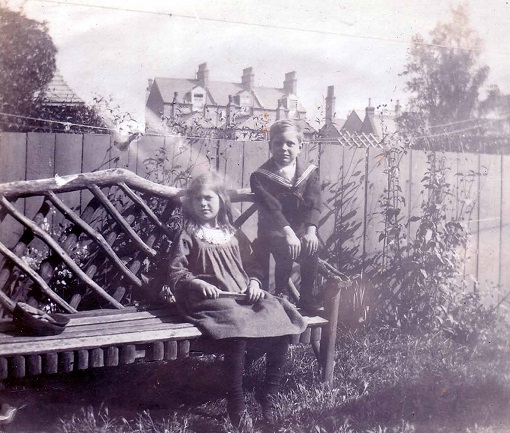 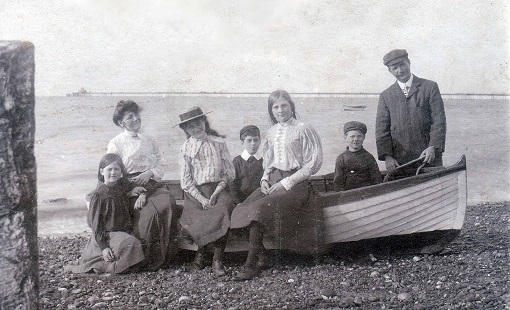 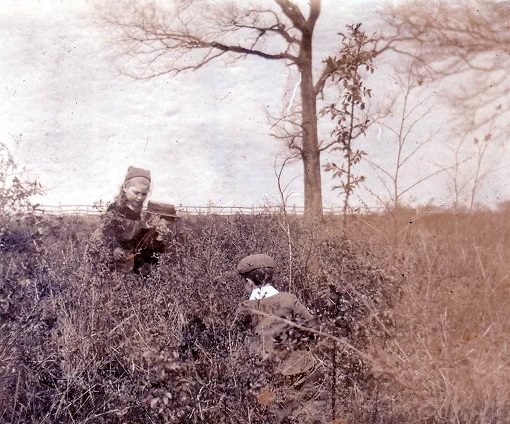 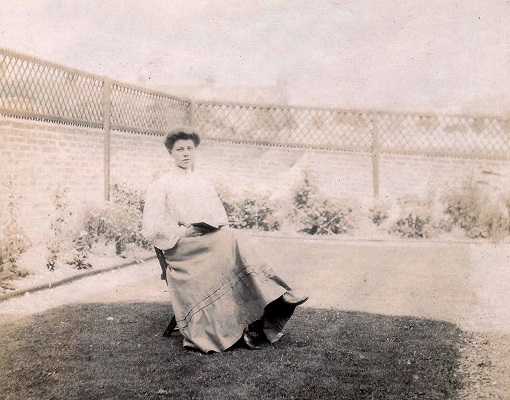 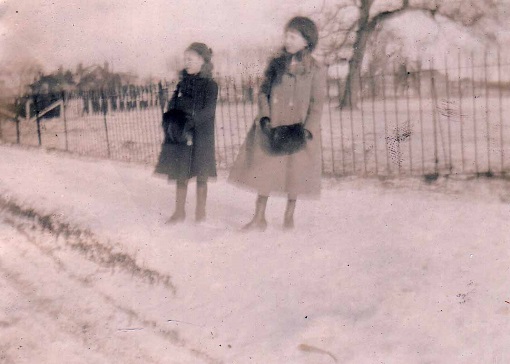 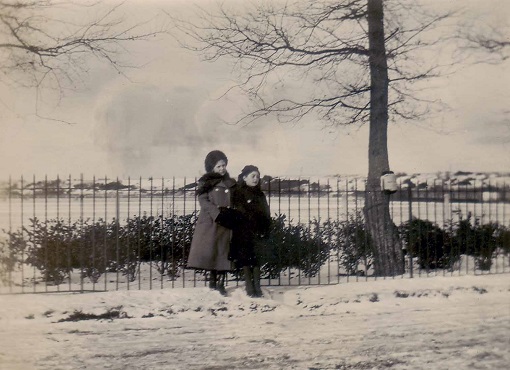 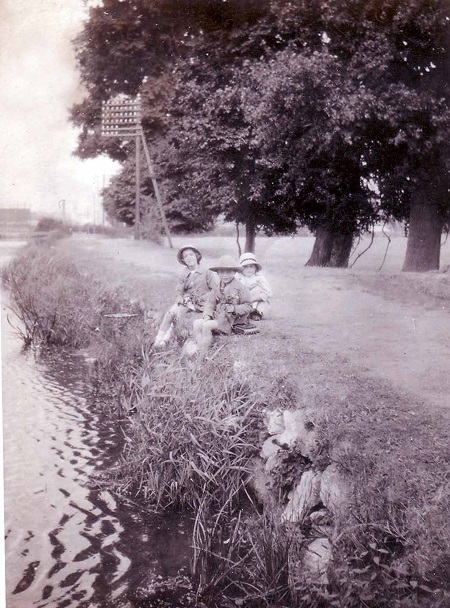 (Note the telephone line and gasworks in the background) 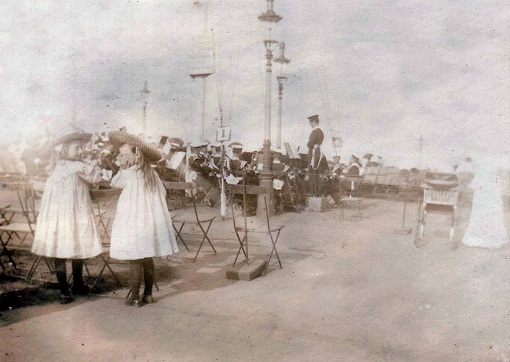 (The original image was so badly faded, I almost threw it away. I’m glad that I didn’t) 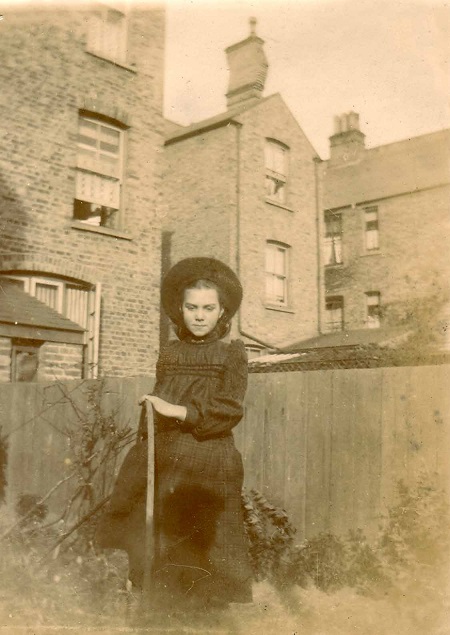 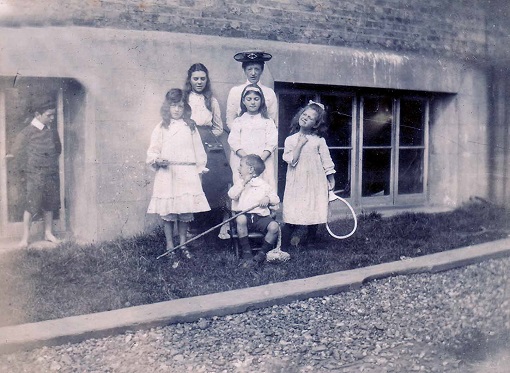 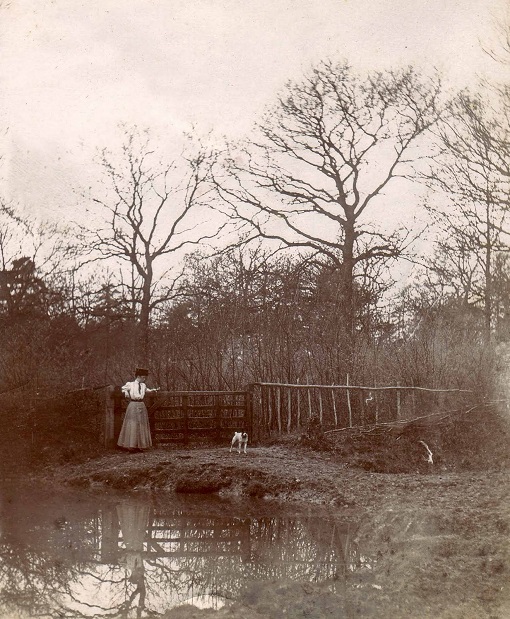 I love this image, with the bare trees and the woman’s reflection in the water. Here is a close-up: 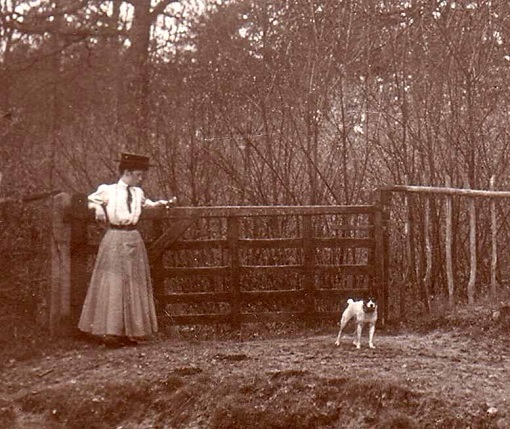 It’s incredibly satisfying to be able to rescue these images and give them a whole new lease of life on the internet. They may just be family snapshots, but they give a tantalising glimpse into a world that, superficially, seemed at ease with itself, but was actually about to change beyond all recognition.

Within a mere 20 years, the smiling young boy in the fourth photo would be living (if he survived the trenches) in the age of Freud, Vorticism, Webern, Freud, Mrs Dalloway, Ulysses and jazz.

2 thoughts on “Photographs Found in Books: The Edwardians”