A tasty, trashy treat for you today as American expat Misti Traya goes back to her country roots to show us how to make a lemon ice box pie. Misti’s post recently won the 2014 Young British Foodies award for food writing…

It’s no secret some of my family can be described as country. Some have owned trailers; others homes in Appalachia with dirt floors. Many own guns. Many love 4 wheelers and most have driven at least 60 miles for the nearest good mall. All have grown up on or near a farm. And in case you didn’t know, yes, my mama was 15 years old when she had me.

So while the way of life I just described wasn’t exactly mine when I was growing up in Los Angeles, I still saw and lived it at least once a year. Generally in the summertime when the lightning bug lit fields of Iowa provided my cousins and I with a playground until well after dark. My point is a person cannot escape her past. No matter how hard she tries, the highfalutin schools she attends, or the manners she acquires, some things are inescapable. Like a hankering for icebox pies.

Despite growing up in Hollywood where there are people as unctuous as Texas gold, I could never hide my country roots. I considered multitasking doing anything with curlers in my hair. And even now in London, much to my Scottish mother-in-law’s chagrin, I use Mason jars as opposed to proper drinking glasses. Why? I prefer them. Also, they remind me of running around barefoot in cut summer grass eating icebox pies during the dog days of a prairie summer. You know those days that are so hot and humid walking down the street feels more like wading in lukewarm buttermilk and every living creature stands still waiting for a breeze, even the flowers? That’s American Midwest summer. During this time only icebox pies will do.

A friend of mine’s grandmother, a Kentuckienne named Miss Hampton, used to say the icebox pie was her favourite. When asked why, she replied. “It requires no cookin’. Just an icebox and a vodka and Coke plus a pack of Kools to pass the time.”

While I love icebox pies, be cautioned. ‘Tis a slippery slope. Just one slice has been known to lead people to droppin’ Gs and addin’ As to thangs. They also lead to a simple kind of happiness. The kind that can only be found in Bobbie Gentry songs, Kodachrome prints from years past, and Great-Grandma’s icebox of course. 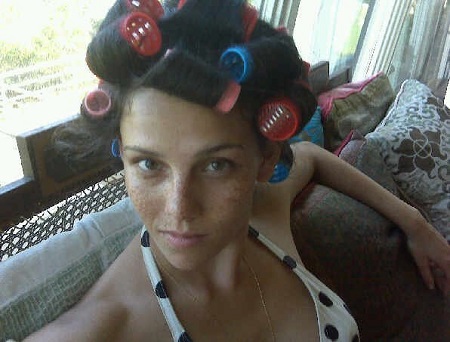 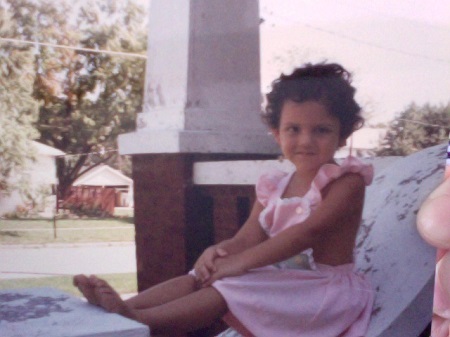 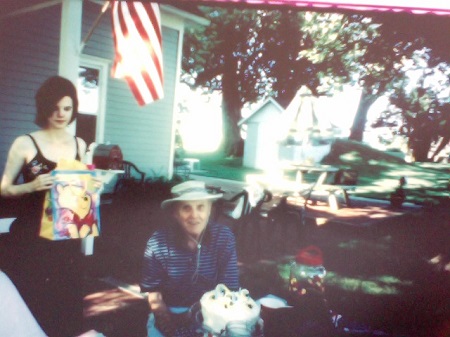 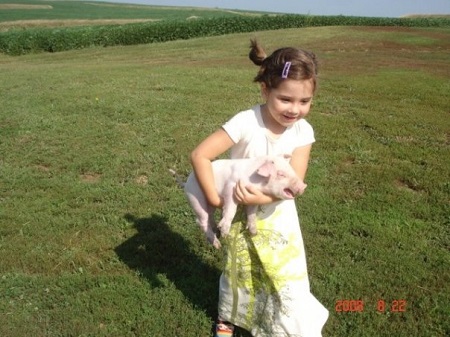 Right. Enough of nostalgia. It’s time to tie your hair back with your favorite kerchief and get bakin’. In the history of never has an icebox pie made itself. 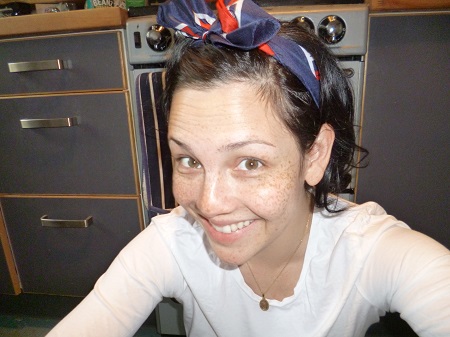 Method:
In a food processor, pulse all the dry ingredients until they become a fine meal. Slowly add the melted butter and pulse some more. Pour the mixture into a 9″ tart tin and press it evenly against the bottom of the dish as well as up the sides. I use the bottom of a measuring cup to help. Place the tart tin on a tray and bake for 5-8 minutes at 350°F/170°C/Gas 3 or just until slightly crisp. 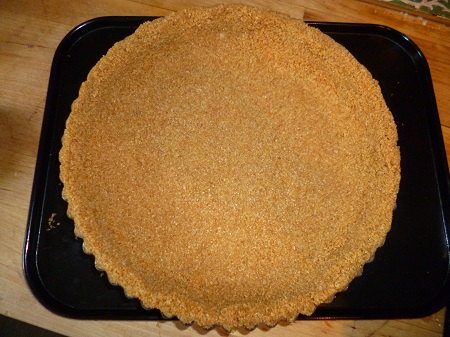 Put the crust into a 9″ tart tin. I like to use a measuring cup to help me do this. I use the bottom of the cup to spread the crust evenly and to tamp it down as well as to help shape the sides.

Whisk the milk with lemon juice and set aside.

Whisk the zest into the yolks until the mixture goes pale. This takes no more than a minute. 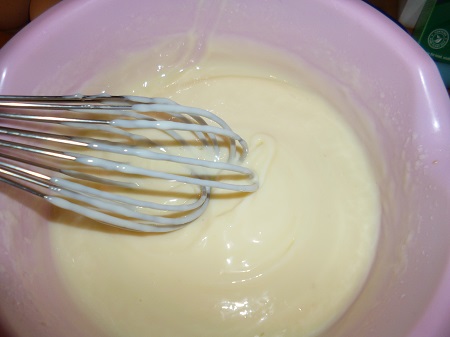 Pour into the tart shell and bake for 30 minutes or until the center is set like a soft custard. 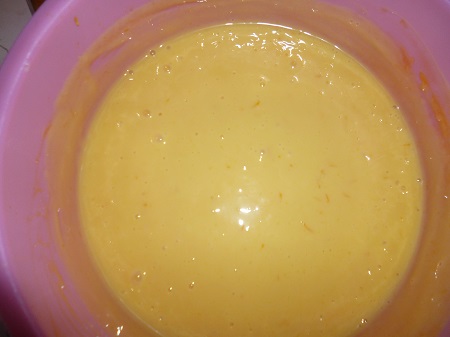 Cool completely then freeze overnight or at least 6 hours. 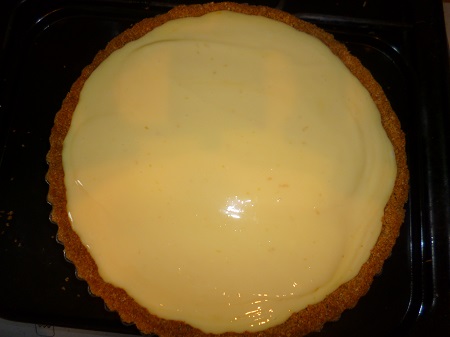 Remove the pie from the freezer 15 minutes before serving. Top with chantilly cream and enjoy. 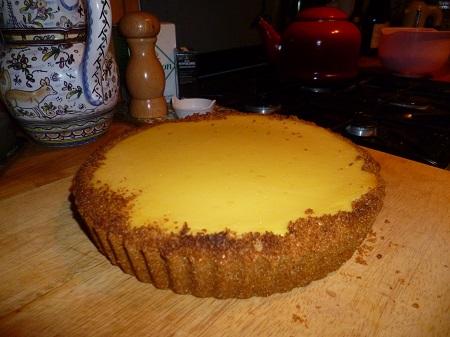 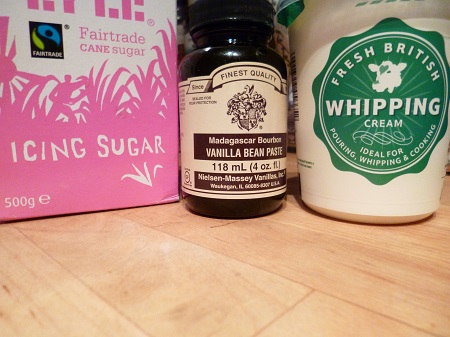 Method:
Mix ingredients on medium high until desired consistency is achieved. Be sure not to over-mix or you’ll end up with butter. 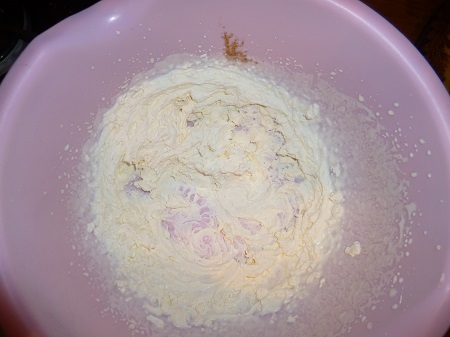 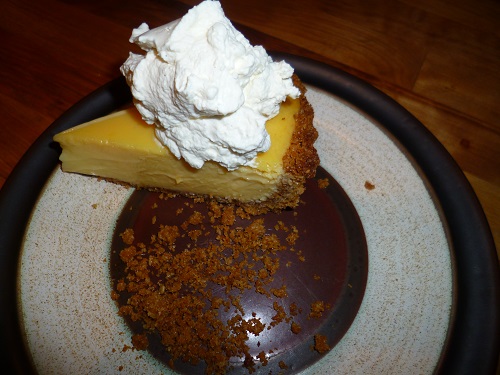 One thought on “Lemon Icebox Pie”