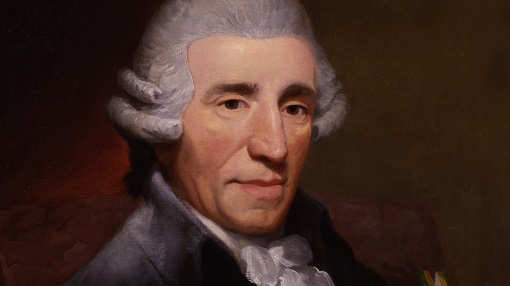 Mahlerman turns his attention to Joseph Haydn, the ‘father of the symphony and the string quartet’…

To my shame, when finishing my post on Leonard Bernstein a few months ago with a blissful performance of the last movement of the Symphony No 88 by Joseph Haydn, I realised that in the years of writing these musings, that perhaps the greatest of all composers from the classical era had featured hardly at all. The only excuse I can hide behind is that his long life was comparatively uneventful, save the extraordinary industry he brought to composition, and the signal fact that this industry was supported by an inventive flair that seemed inexhaustible, and comparable only with his friend Mozart.

Although Haydn is known today as the father of the symphony and the string quartet, he ‘invented’ neither – but brought them both to a complete classical apogee. But there was nothing stuffy or ‘classical’ in the make-up of this most unassuming of men – and often, beneath the veneer of propriety and rectitude, lurked an almost schoolboy sense of fun and japes, most famously expressed in the slow second movement of his Symphony No 94 in G major, nicknamed ‘The Surprise’. But it is worth noting that even here, when the ‘surprise’ arrives, the composer does not labour the ‘joke’ of waking-up the half-listening audience-member in Row K; the refined classical framework is disturbed just briefly. The orchestra is the Berlin Philharmonic conducted by the Latvian Mariss Jansons.

Haydn’s most stable permanent employment was the thirty years he spent as Kapellmeister to the immensely wealthy Esterhazy family where, among other ‘favours’, he enjoyed daily access to his own orchestra – and we can reasonably assume that this patronage was repaid in music designed to please the Prince and his Court. This may explain the upbeat emotional tone of much of Haydn’s music, but also his fundamentally healthy and well balanced personality. The fast movements in many of his symphonies and concertos have a wonderful rhythmic propulsion, with a ‘rollicking’ style and a winding-up of tension worthy, much later, of the youthful Rossini. Here is the ‘madcap’ final movement of the often Mozartian Keyboard Concerto No 11 in D major, played at a ridiculous lick by the incomparable Martha Argerich.

The Haydn String Quartets span the whole of his creative output and thus, the greater part of his life – and the string quartet form has been called, by Goethe no less, ‘a stimulating conversation between four intelligent people’. The early examples (there are in total about 70) exude a touching, untroubled sincerity, but the final group of Opus 76, written in 1796/7 and published a couple of years later, represent the greatest among his many masterworks. The third of this group is the Emperor, in C major, and the hymn-like second movement will be familiar to football fans and others as “Gott erhalte Franz der Kaiser” ( no, not Beckenbauer), the memorable Austrian National Anthem then, the German Anthem today. The four variations that follow the ‘hymn’ theme are heard, unvaried, by each instrument in turn, this changing climate reducing the militaristic, hawkish feel of the piece.

At the same time as the now-affluent composer was working on the last set of quartets, his mind turned to such weighty matters as the meaning of life and the purpose of humankind. He also resolved to spend more time than had previously been possible on composition, in an attempt to render the sublime in sound – for posterity, if nothing else. The result was indeed sublimity, in the form of two oratorios, The Creation (1798) and, two years later The Seasons. Few would argue that The Creation is Haydn’s greatest single achievement, the sense of order emerging from chaos, and light from darkness, being just the most obvious sensation. The piece is cast in 34 movements spread over three parts and here, at the start of Part III, we are in the Garden of Eden, sharing in the happy first hours of Adam & Eve. Movement 29 Aus Rosenwolken bright (In rosy mantle appears) depicts dawn in the Garden, and is followed by a tender recitative for a tenor representing Uriel, the Angel of Wisdom. This is followed by the three-part Movement 30 Von denier Gut, o Herr und Gott (By thy goodness, O bounteous Lord), where Adam & Eve offer a prayer of thanks, accompanied by a chorus of angels. In this wonderful performance, the Freiburger Barockorchester, RIAS Kammerchoir and Soloists, are conducted by the Belgian Baroque specialist Rene Jacobs.

One thought on “Papa Haydn – Father of the Symphony”