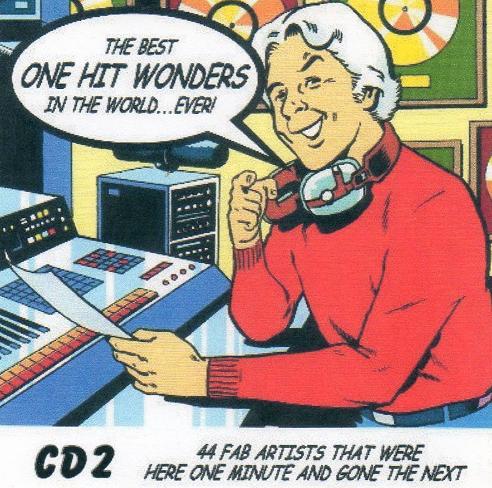 August is the month when we run a few repeats on The Dabbler, before normal service resumes in September. However, so rich and vast are our archives now that it’s no bad thing to give some of the oldies another airing. As a Bank Holiday treat, here’s Mahlerman’s piece about the one hit wonders of classical music…

Half-listening to Chris de Burgh’s Lady in Red I remembered his entry in the Irish Rich List as north of £30 Million a few years ago. From there my mind drifted across the landscape of once-only hits from Eddy Grant’s Electric Avenue to, a personal soft-spot, Who let the Dogs Out by Baha Men; where are they now, I wonder? Modern popular music is littered with the Tainted Love that we embrace so readily and discard as quickly, but cast your mind back to the early part of the last century and you will discover a more resonant and enduring affection among the ‘big hits’ and the miasma that often surrounds them.

Today, almost 80 years after his death, Gustavus Theodore von Holst still cuts a lonely and somewhat baffling figure. His enormous musical gifts, and his willingness to share them through his teaching (at Morley College and St Paul’s Girls’ School in Hammersmith), mask a painfully shy man who, nevertheless, found a mysterious poetry in most of his works, and even in parts of his ‘greatest hit’, The Planets. He was far too fine a musician not to realize why the piece was instantly popular – a popularity that has grown over the years unchecked – but it distressed him that the Suite came to dominate his musical life, casting other compositions into the shadows where, largely, they have remained. The Hymn of Jesus and Egdon Heath are wheeled out occasionally, and brass bands (and listeners) love his Moorside Suite. Here, almost out of character, is the lushly romantic A Song of the Night (1905) for violin and orchestra, composed when he was just 30.

Gerry Dorsey aka Engelbert Humperdinck featured in Lazy Sunday a few weeks ago, following his limp effort in the Eurovision. Amazingly, if the real EH had lived another 15 years, the two could have met – a spooky thought. The shadow of Richard Wagner fell across the early life of Humperdinck, who met the great man in Naples, and helped with the preparation of Parsifal at Bayreuth in 1881. His fame today, and since the opera was presented in 1893, rest exclusively on the magical (and sinister) fairy-tale Hansel und Gretel. This adorable masterpiece delights learned musicians and children (8 is about the right age) in equal measure, and is unalloyed joy from beginning to end. Here, with the influence of Wagner uppermost, the exquisite beauty of first act’s final pages.

Extreme diffidence, coupled with a nervous susceptibility to the influence of other musicians (Wagner again, but also Debussy) led Paul Dukas to seriously underrate his own creative gift – to the point where he rejected more of his compositions than he published, judging them unworthy of the high standards he set for himself. L’Apprenti Sorcier is a slight but undoubted masterpiece and, with a little help from Walt Disney and Leopold Stokowski, it continues to delight children and big people with its brilliant soundpicture (see Lazy Sunday two weeks ago) from Goethe’s 1797 poem. His sombre and mysterious opera Ariane et Barbe-Bleue is perhaps the best example of this composer’s noble imagination, also on display here in his ballet music La Peri (1912), a fairy creature from Persian mythology, descended from fallen angels who cannot re-enter paradise until he, or she, has done penance.

Though blind from the age of three, during the dozen or so years that Joaquin Rodrigo spent in Paris, he studied with Paul Dukas (above), Olivier Messiaen and Manuel de Falla. His oeuvre is dominated, of course, by the Concierto de Aranjuez for guitar and small orchestra, which made his name in 1939. His almost exact contemporary was the great Andalucian guitarist Andres Segovia who, single-handedly, brought the instrument out of the museum and the world of flamenco, and into the concert-halls of the world. The smoothly colourful Hispanicism of Aranjuez is replaced in the Fantasia para un Gentilhombre by a more classical restraint. Requested by Segovia in 1954 (the guitarist is the ‘gentilhombre’ of the title), it deserves to be heard more often than almost never. Here, the dedicatee plays the last movement Canario, a wonderful syncopated 6/8 dance, to the manner born. Listen for the imitative bird calls in the last few bars.